Age no barrier to women over 30 in film industry

With so many young idols emerging on the music, film and dance scene these days, 30 seems to be a seminal number for many older female artists who are desperate for another crack at stardom.

Yet two actresses are bucking the trend.

Liu Mintao and Wu Jinyan are both over 30 years old, still going strong and currently carving out a bigger name for themselves in the exciting “Fighting Youth” series on Dragon TV.

The actress, who hails from Yantai, Shandong Province, is aware there are many actresses her age worried about finding work in the film and TV industry, but believes nothing is impossible if you work hard and apply yourself.

“I’m dedicated to improving my acting,” said Liu, adding that she is prepared to do whatever it takes to win an Oscar, even if she has to work into her late 60s.

Liu, a graduate from the Central Academy of Drama, received tons of applause for her performances in the epic feature “The Disguiser” and the costume drama “Nirvana in Fire.”

Liu was a low-profile, family-oriented actress in the early stages of her career. But in 2014 the period drama “Romance of Our Parents” thrust her into the spotlight.

Liu revealed she took inspiration from a friend, to depict Shu, the character in “Fighting Youth,” who shared a similar career background. The actress confessed the role was a challenge because in most of her former screen roles she played simple, tender and modest women.

The role also reminded Liu of her own career development. She said it is important for a woman to work hard, be independent, confident and be open to a career of new possibilities.

“Now I come to realize the significant role of a career in the assessment and recognition of one’s life,” Liu said. “It can largely help build confidence and deal with any unexpected circumstances in life.”

Wu Jinyan, 31, plays the lead role of Zhang Xiaoyu, a young, hardworking cosmetics saleswoman in the drama. Although her character doesn’t have an enviable background in education, she is gifted in sales because of her father’s influence, who is a merchant in Yiwu, Zhejiang Province.

Wu said that Zhang shares some similarities with her former role — Wei Yingluo, a strong-willed and courageous 18th century imperial concubine in the epic drama series “Story of Yanxi Palace.”

“Both of them achieve their goals with great efforts and a never-yielding spirit,” Wu said. “But Zhang is more outspoken and energetic.”

Wu prefers roles where women can pursue their dreams, regardless of prejudice and discrimination. The Chengdu-born actress feels honored to be in a position to play these courageous women. She hopes it will help inspire other ambitious women to go on to fulfil their dreams. 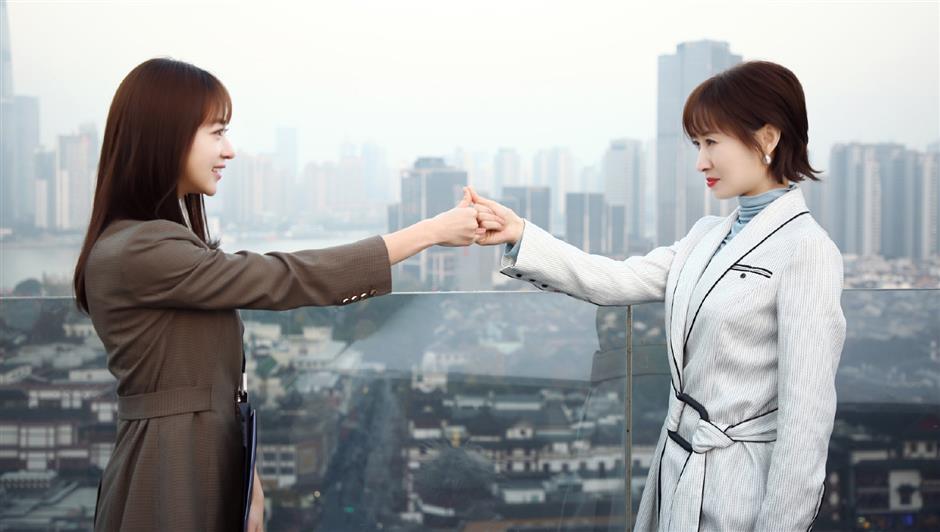