“The Monument,” the epilogue of the acclaimed acrobatic play “Dawn in Shanghai,” has been chosen as an act for China Central Television’s Lantern Festival Gala tonight.

It is another Shanghai-produced show presented on the CCTV stage in celebration of the Chinese New Year. On Lunar New Year’s Eve on February 11, an episode of Shanghai Dance Theater’s well-known dance drama “Crested Ibises,” led by veteran dancer Zhu Jiejing, amazed people all over the country with its lavish scenes and elegant moves.

“Dawn in Shanghai” was created by the Shanghai Acrobatic Troupe and Shanghai Circus School to commemorate the 70th anniversary of the founding of the People’s Republic of China in 2019.

Based on true stories, it is a touching tale of soldiers and underground members of the Communist Party of China who fought for Shanghai’s liberation in 1949. The play opened the 21st Shanghai International Arts Festival. Since then, different versions of the show have been created.

“The Monument” is performed by 21 young acrobats from the city, many of whom were honored at the prestigious Monte-Carlo International Circus Festival. With complicated acrobatic techniques, they form an artistic “statue” symbolizing their forefathers’ dedication and never-yielding spirit to protect and liberate Shanghai.

According to Yu Yigang, director of the Shanghai Acrobatic Troupe, the Lantern Festival Gala production is true to the story and characters of the original play, but changes have been made to the music and choreography.

The troupe rehearsed “The Monument” for two months, which has been praised for its impressive storytelling, multimedia techniques and spectacular scenes.

Later this year, the troupe’s highly anticipated “Era 2,” the second season of the multimedia spectacular “Era — Intersection of Time,” will debut as a resident show at the renovated Shanghai Circus World. The show features Chinese acrobatics blended with Western circuses and theater to tell the story of the city’s changes, culture and traditions. 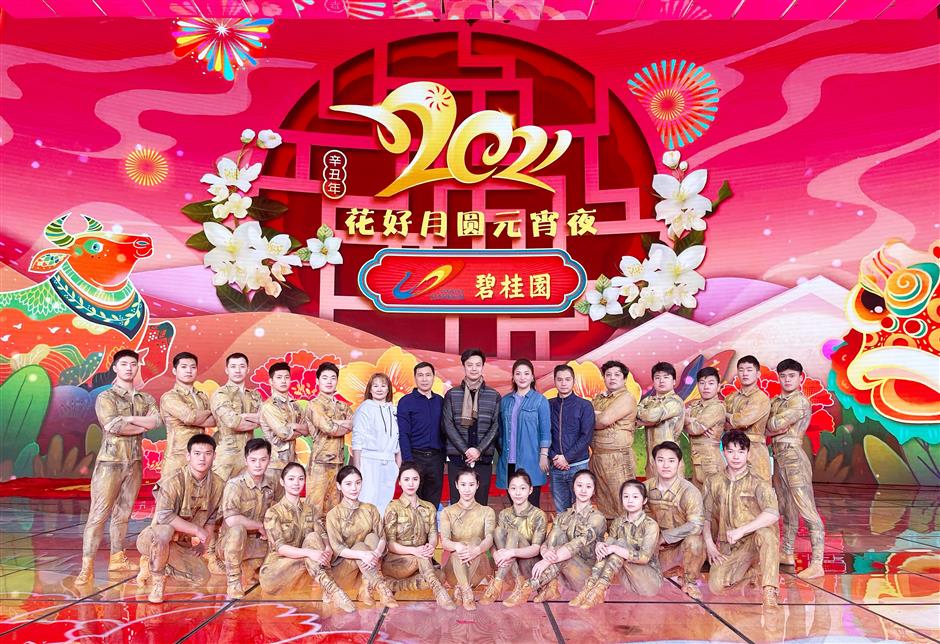