Based on a true story, the film depicts a touching, long-lasting bond between a loyal dog and its owner. Years after he passed away, the dog still waits for him every day at the local train station where his owner first found him.

iQiyi producers revealed the Chinese adaptation will stay true to the original storyline but will combine some Chinese elements. It will be a story about a Chinese pastoral dog instead of an Akita Dog.

Feng Xiaogang, who plays the lead role in the movie, said he’s honored to star in the movie. Before shooting, he spent days with the movie dog to get to know him better.

The role comes six years after he starred in Guan Hu’s film “Mr. Six,” where he played a middle-aged street punk in Beijing. Feng is also working as director of the online series “Bei Zhe Nan Yuan,” which is about five urban women’s entrepreneurship and growth. 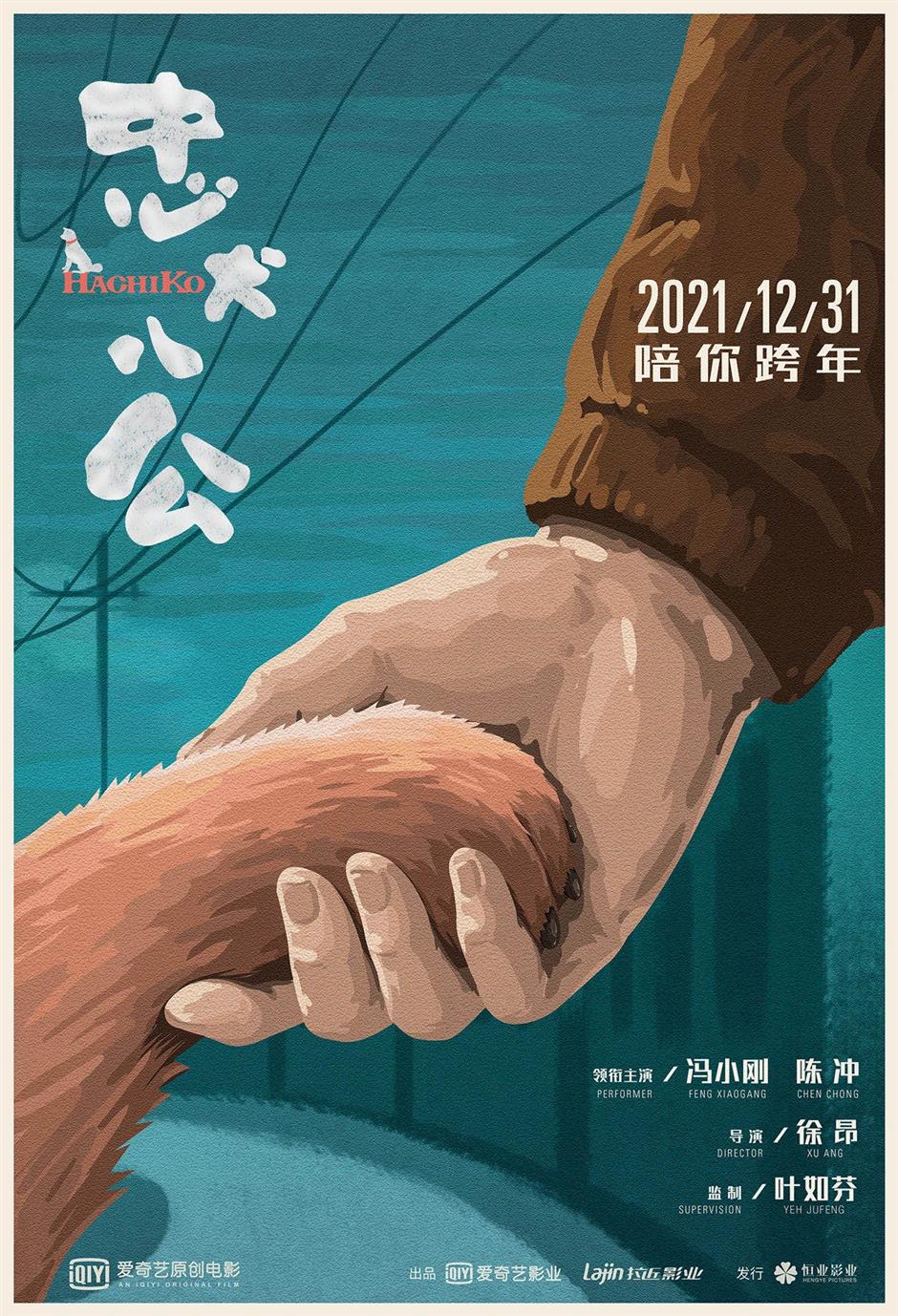 The Chinese remake “Hachiko: A Dog’s Story” is slated for national release on December 31.

iQiyi has several original film and TV productions in the pipeline this year.

Young filmmaker Liu Yulin recently wrapped up shooting on “In Our Prime.” The film points its lens at a group of ordinary young people who pursue their dreams in China’s big cities. However, they have to face all kinds of career and relationship challenges.

The martial arts adventure film “Fox Volant of the Snowy Mountain,” based on Jin Yong’s famous novel, is also underway. The film gives a new interpretation of a story about a young guy’s revenge after villains kill his father. Visual teams for the movies of “Brotherhood of Blades” and “The Wandering Earth” have been invited to shoot the special effects for the spectacular snowy mountain scenes, such as the misty forest, wolf valley and ice lake at the cliff.

Ya Ning, president of iQiyi Pictures says they will continue to offer diverse, high-quality content which can be released in the cinema or on streaming platforms.