An orphan's revenge adapted into a new musical

“The Orphan of Zhao,” often referred to as one of the most classic tragedies in Chinese literature, is coming to the stage in May as a musical.

The original play was written by 13th-century dramatist Ji Junxiang and is sometimes called the “Hamlet of China” because the plot centers on revenge.

The show will premiere at SAIC Shanghai Culture Square on May 27 and run until June 6.

“The Orphan of Zhao” was the first Chinese play to be translated into a European language when Joseph Henri Marie de Prémare rendered the text in French in 1731. In 2012, London-based poet and playwright James Fenton adapted the work for the Royal Shakespeare Company. It was performed in the Swan Theater. 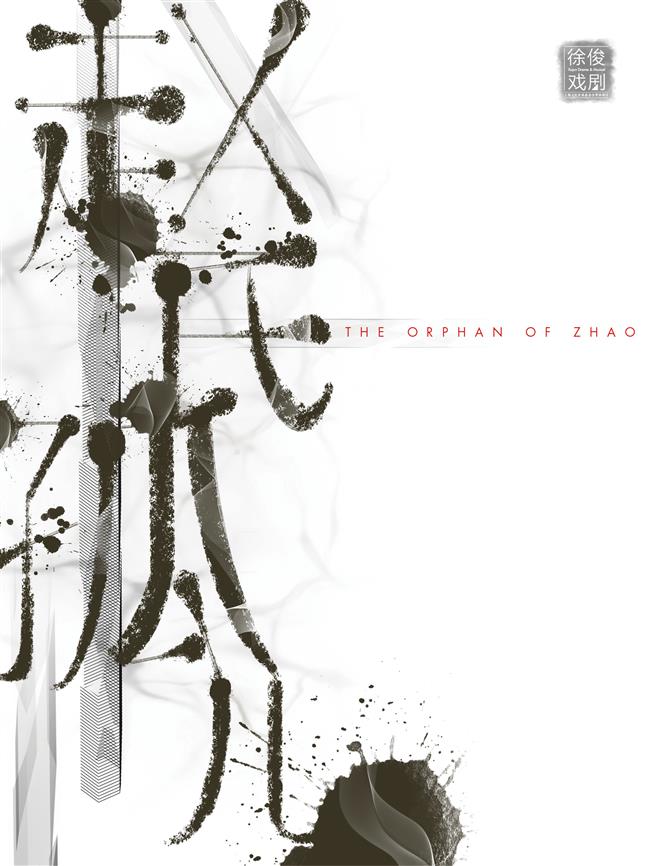 “The Orphan of Zhao" will premiere at SAIC Shanghai Culture Square on May 27 and run until June 6.

The story takes place in the Spring and Autumn Period (770-476 BC). A treacherous court official named Tu Angu murders 300 family members of government official Zhao Dun. The only survivor is a child, whose mother entrusts the infant to the family doctor Cheng Ying before taking her own life.

Tu threatens to kill every infant in the realm if the orphan is not produced. To protect the child, Cheng sacrifices his own son and raises the boy in his place.

Twenty years pass. The orphan is told the truth about his past and plots revenge. He kills Tu in the streets and is reinstated with his family’s titles and property.

“As a literary classic about love and revenge, the story makes us respect nobility while facing up to the darkest side of humankind,” said director Xu, citing German philosopher Georg Hegel’s assertion that we are ultimately responsible for our free-will choices.

“That is one of the driving forces in ‘The Orphan of Zhao,’ which reflects history and also the current world and its future,” Xu said. 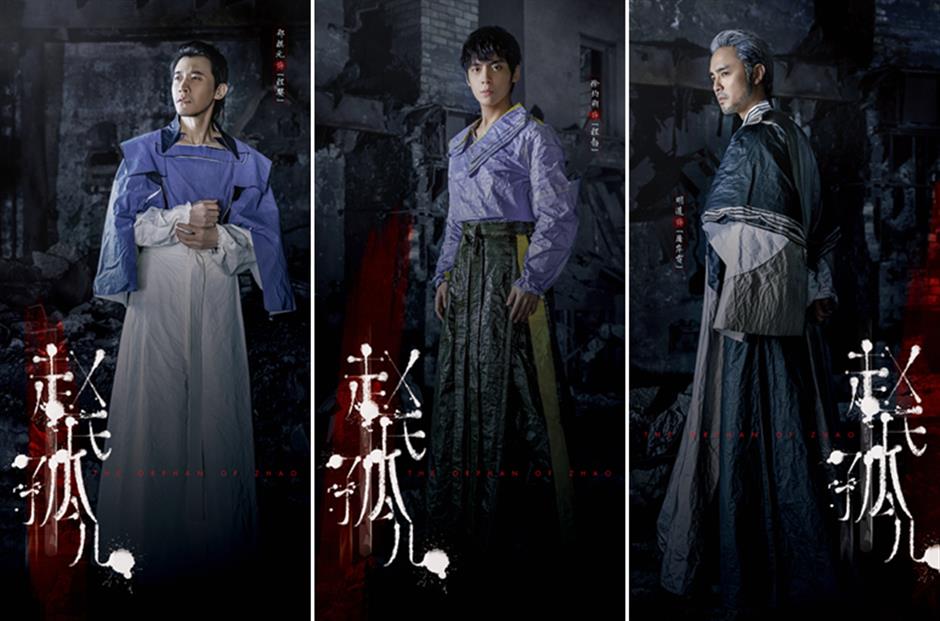 From left: Zheng Qiyuan as Cheng Ying, Xu Junshuo as the orphan, and Ming Dao as Tu Angu

Deviating from the original play, the musical develops a role added by Fenton — the ghost of Cheng’s dead son, who was sacrificed to save the orphan.

“In Fenton’s play, the ghost role enhanced the plot, though it only showed up in the end,” said Xu. “We further developed the character. In the musical, the ghost appears throughout the story to build an emotional rapport with audiences.”

After its premiere in Shanghai, “The Orphan of Zhao” will go on a nationwide tour for 50 performances in 14 theaters.
The musical stars famed actor Ming Dao in the role of Tu and actress Xue Jianing, who plays the orphan’s mother.