Shanghai girl group wants to be your idols With the lights on, Mao Weijia, 26, and her team members line up on stage, dancing to joyful music while hundreds of their fans wave neon sticks and scream their support. After the show, Mao and all the performers gave high-fives to fans before waving them goodbye.

This was a concert by AKB48 Team SH in a downtown Shanghai theater at the beginning of April.

AKB48, a female idol group first launched in Tokyo in 2005, promotes itself with a concept of “idols you can meet.” Formed with teenagers or women in their 20s, the group performs in its own theater so fans can interact with them frequently.

The concept has been exported to other Asian regions, including China. A local idol group with a similar idea premiered in Shanghai in 2013, gaining some loyal fans, but not achieving the success of AKB48 in Japan.

The same year, Mao became one of the first members of AKB48 Team SH, when the newly formed group tried to repeat the success of their Japanese sisters. 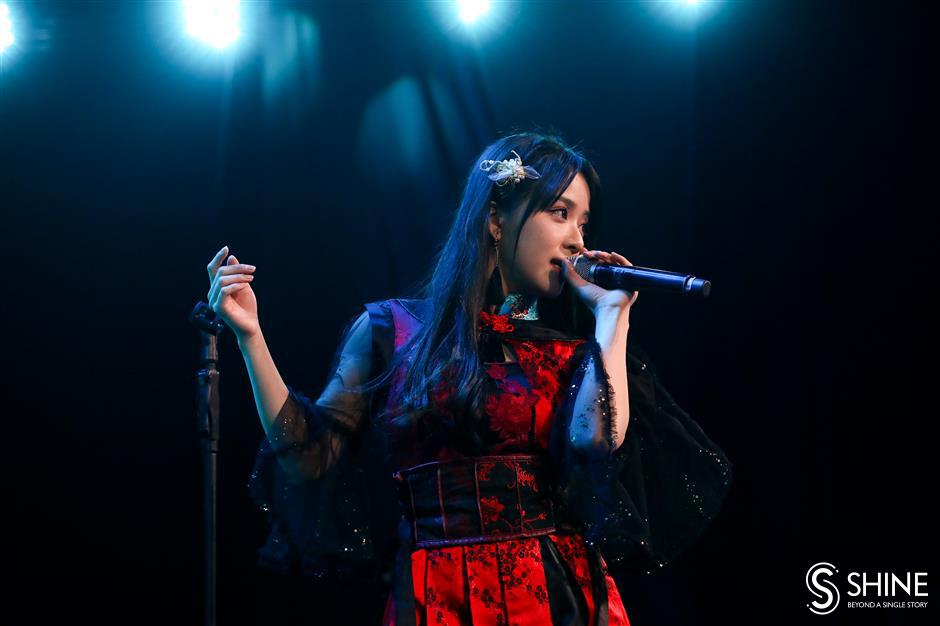 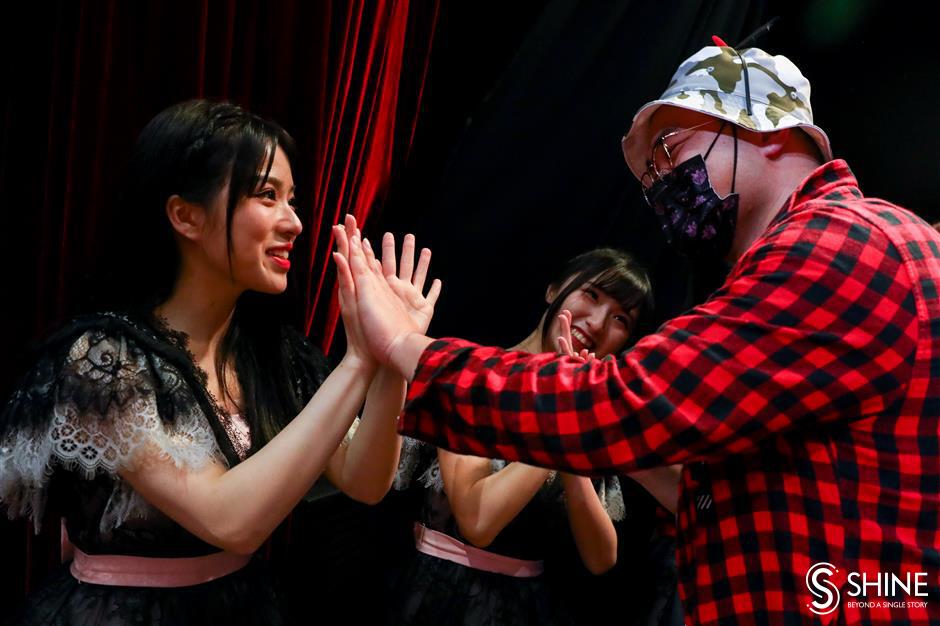 Mao Weijia gives a high-five to a fan after a performance.

Girls on the stage

Mao, the team leader, is the oldest in the group. Most members are under 20 and start their idol career without professional training.

"The stage is a place where I shine," Zeng Sichun, 22, said in an interview before a performance. "When I stand on the stage, those fans who come for me make me happy and excited."

Zeng was first attracted by Morning Musume, a girl group from Japan, when she was 9. Later, she went to a concert in Japan after saving from her pocket money. “They were much more energetic on the stage than on the screen. Who doesn't love beautiful girls?" Zeng said.

Zeng danced on many shows and fell in love with the stage before joining the group in 2019. Fans voted her their favorite among all 47 members of the group last year and now she is in the center of all performances.

"A good idol needs to constantly pass on their inner energy to fans,” Zeng said. "This is a very sacred profession." 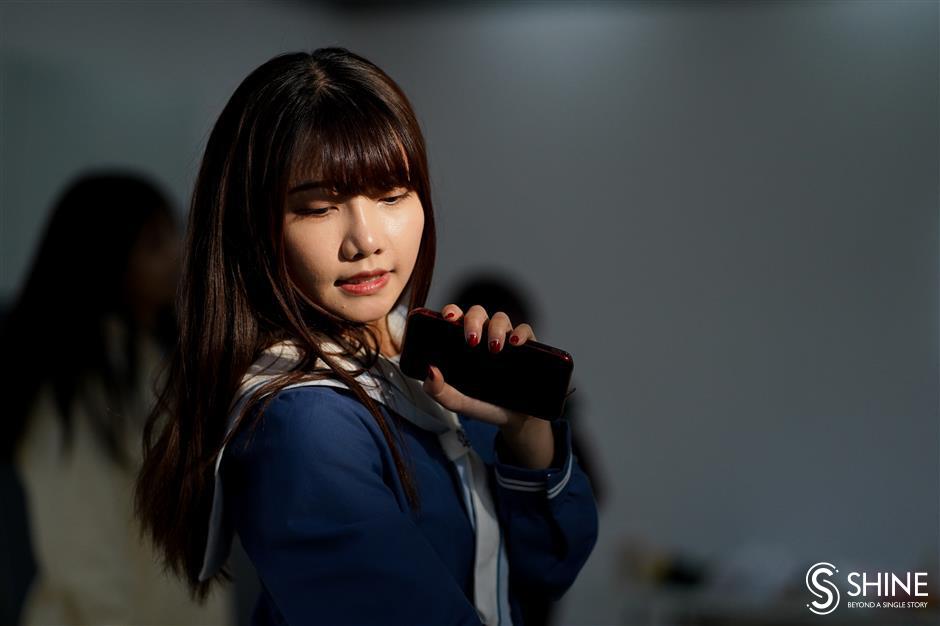 Zeng Sichun, 22, from Sichuan Province, is fulfilling her stage dreams as a member of AKB48 Team SH. 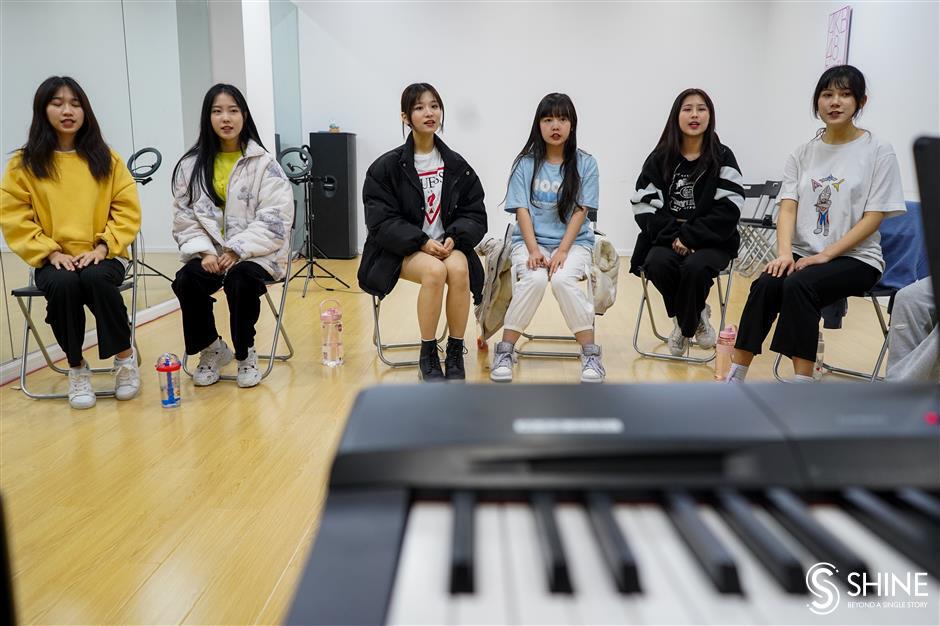 Team members have a singing lesson in their dormitory building.

Sometimes, stepping onto the stage and becoming an idol is not only a girl's dream, but also the hope of her family.

"My parents support me. They hope I can become popular,” Shen Ying, 22, said. "They watch my performances and point out what I don't do well."

Shen was a college student but suspended her studies to pursue her idol dream.

“We are like a football team. We train new players through an echelon system. When a main player leaves or can't play due to certain reasons, she will be replaced by a substitute,” Li Shaofeng, an AKB48 Team SH producer, told Shanghai Daily. 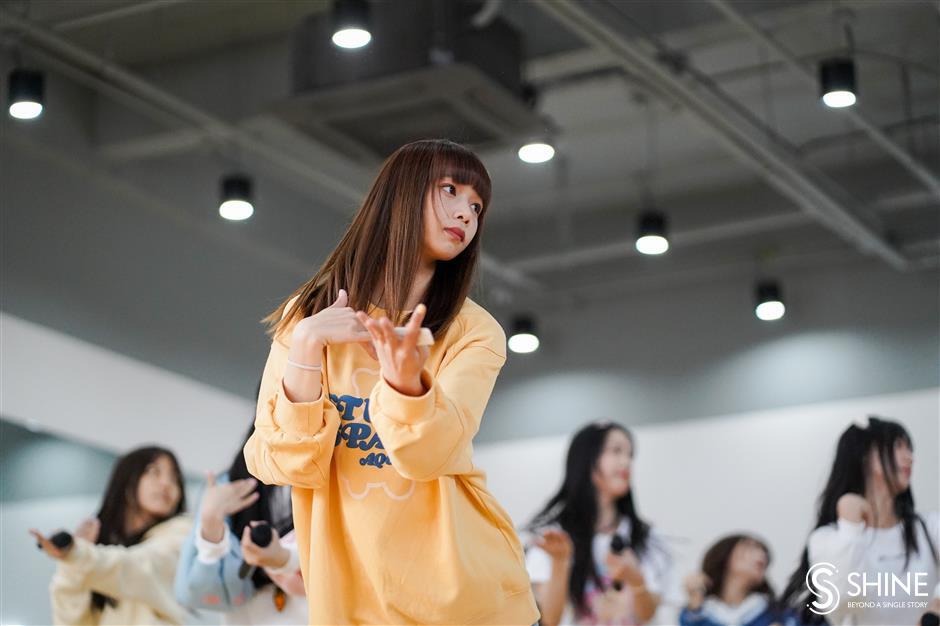 In addition to stage  performances and daily training, the girls also need to promote themselves on social media and do live broadcasts.

Zeng spent an afternoon recently recording a dance video for popular video sites. "Many fans said they gain energy after watching my video," she said. "My goal is to update twice a week and have 100,000 followers this year." 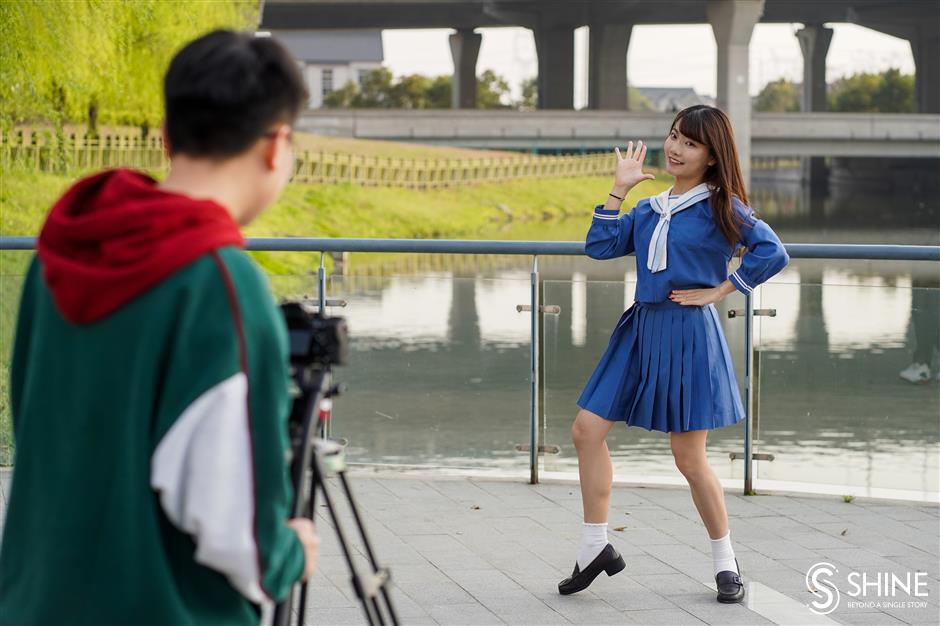 Zeng Sichun records a dance video for Bilibili. Her goal is to have 100,000 followers this year.

Ye Zhi'en, 21, says she often does livestreaming in the evening for her fans.

"Besides chatting, sometimes I dance, cook or share my Japanese-learning experience online, and even hold a solo concert," Ye said. "Actually, I'm not good at those things, but I force myself to do it. I hope my fans can appreciate my efforts." 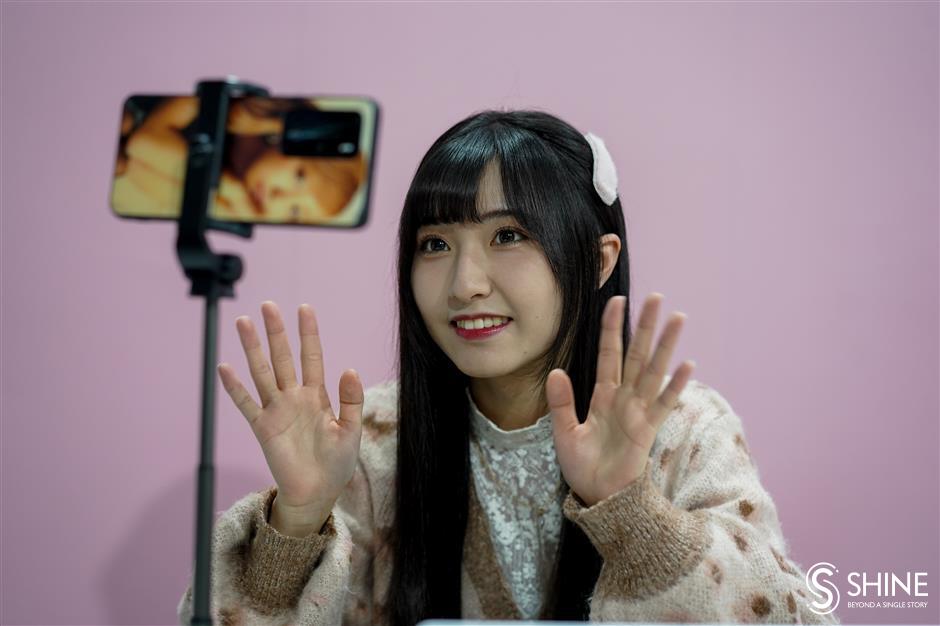 Ye Zhi'en says hello to her fans during a livestream.

The "idols-you-can-meet" concept is the secret of AKB48's success in Japan. Instead of a distance between fans and idols, the fan-based group promises that its fans can share certain intimacy with their idols. Fans are no longer just viewers, but witnesses to the growth of the idols. Some people call it "idol fostering." 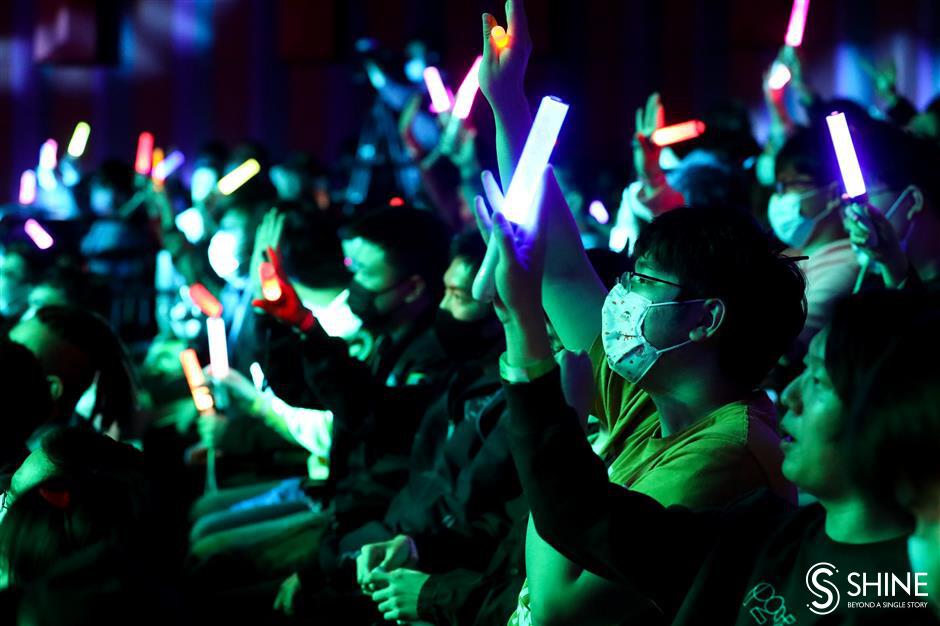 Fans interact with idols during a performance.

"To visit them is my motivation to work. I used to sit around doing nothing at the weekend, now I look forward to the weekend,” said Xia Yunyun, a 22-year-old AKB48 Team SH fan.

Xia said she had a dream to be an idol when at high school, but didn't make it. "Now I'm helping my idol fulfill her dream. It is a great thing for me,"  she said. 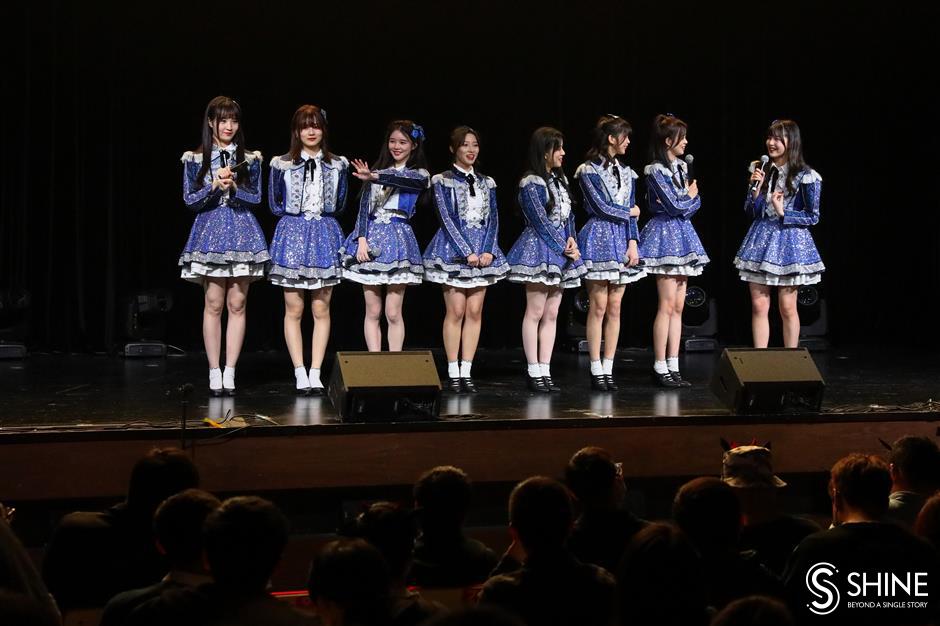 A member of group waves to her fans during a performance.

At a handshake event, he talked with Mao about each others' families just like friends. "I 'fell in love with her' at first sight while I was watching the AKB48 Asia festival in 2019. I think our relationship is beyond ordinary friends,” he said. "We are like family members.”

Mao said she also put her heart into events with fans. "I tried a different style at my birthday performance last month.The logo, T-shirts and badges were all designed by myself. I don't want to disappoint my fans," she said. 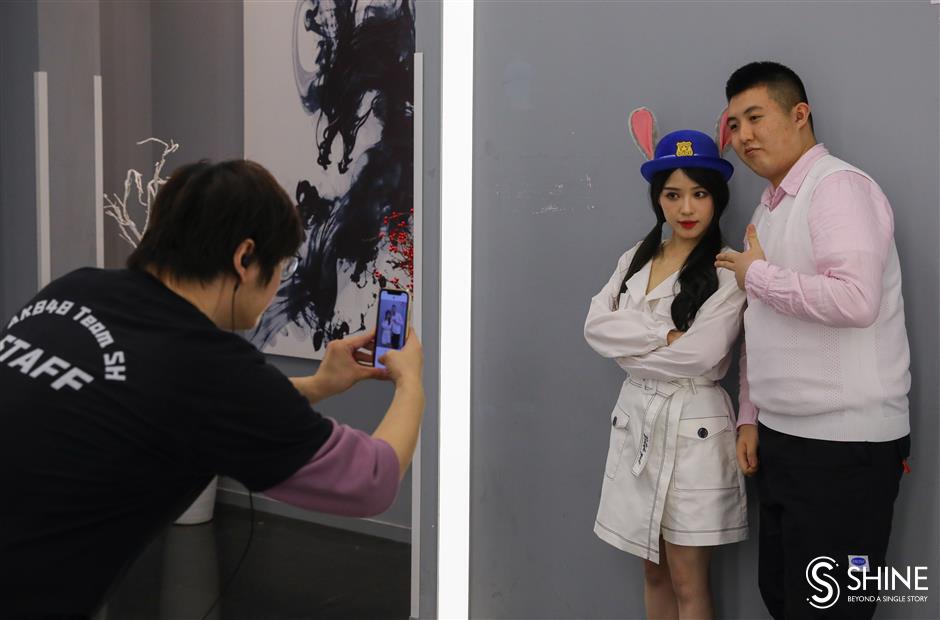 Xiao Xin has his photo taken with Mao Weijia, his favorite idol.

Handshake events are a unique attraction where fans can chat and shake hands with idols in person. To attend such events, they need to get tickets by purchasing CDs and other products of the group. Usually, a handshake ticket enables a fan 10 seconds with their idol, and the time can be accumulated with several tickets.

“At the handshake events, fans always praise me as cute and beautiful,” Shen said. “I chat with them like friends and share my daily life with them.”

Fans will also send the girls gifts. Shen said she has received all kinds of gifts including clothing, bags, playing cards and even footbaths. "Very useful," she smiled. 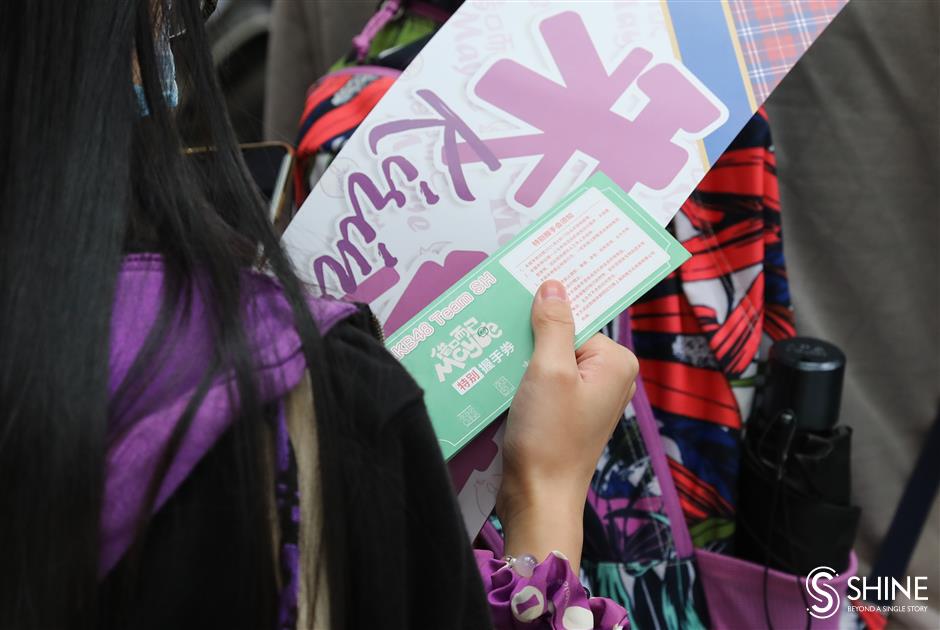 A fan holding a handshake ticket waits to meet her idol. 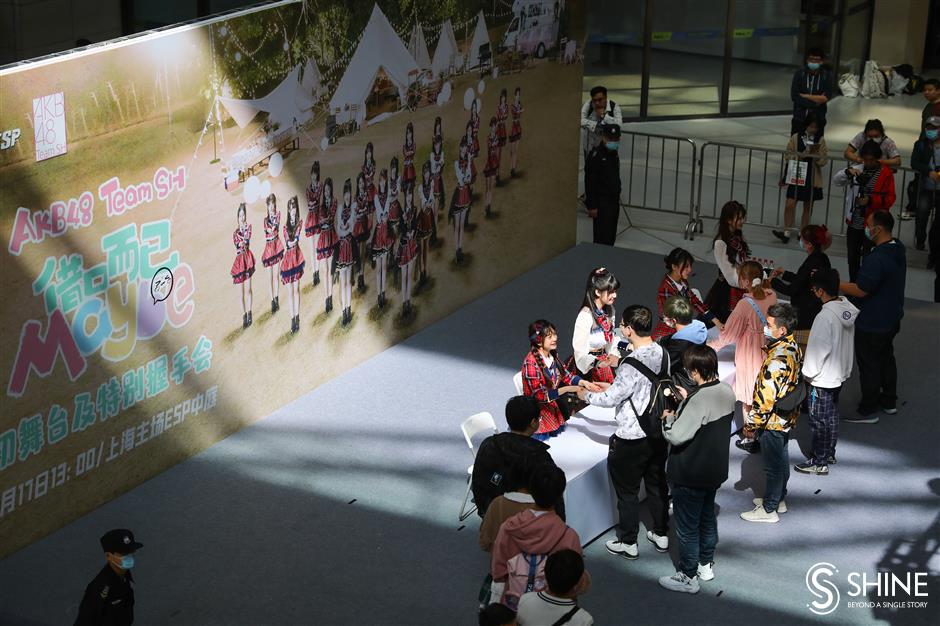 Being an idol is not only about the limelight and audience applause.

"With more new members, the competition is getting fiercer," Shen said. She had expected fame after joining the group in 2018, but did not expect the pressure that followed.

“The number of my fans is limited and, what's worse, they can leave me at anytime. I have to keep training every day to improve myself," she said. "At the same time, I try to attract more fans, but it is difficult. Sometimes, I'm so stressed that I burst into tears." 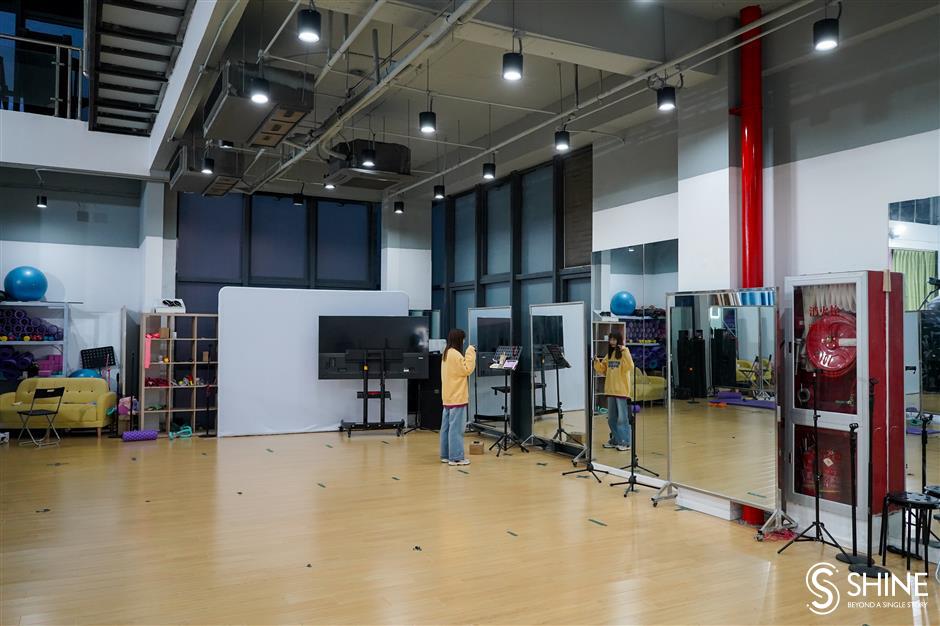 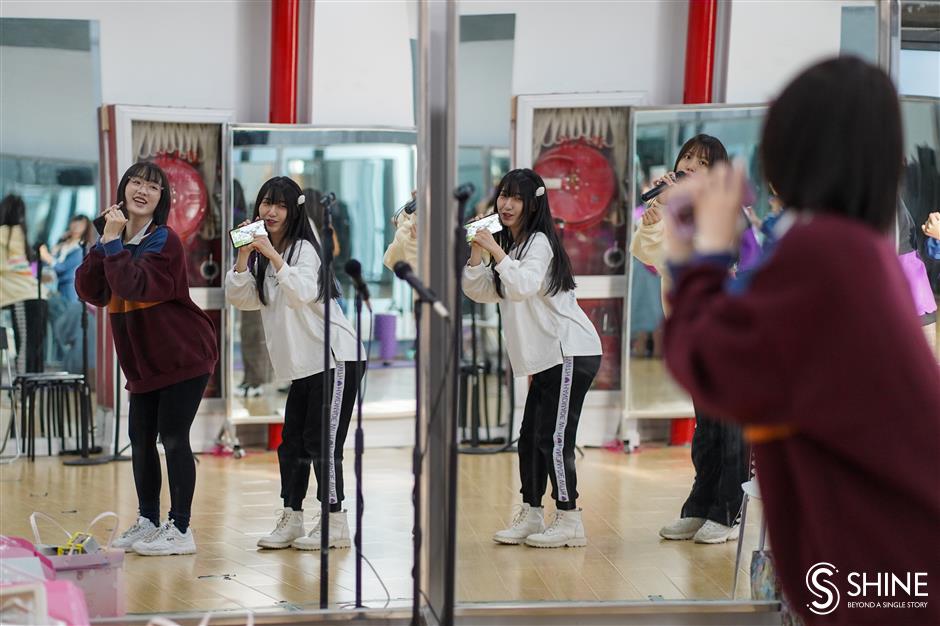 Mirrors in the rehearsal room let the girls observe their movements.

The number of fans is crucial to every member of the group. A poll is held at the end of the year, with fans voting for their favorite member of the group. Similar to handshake tickets, fans can only vote by purchasing CDs. The result of the poll will decide the position of each member in public performances and events, which usually causes fierce competition among the fans. 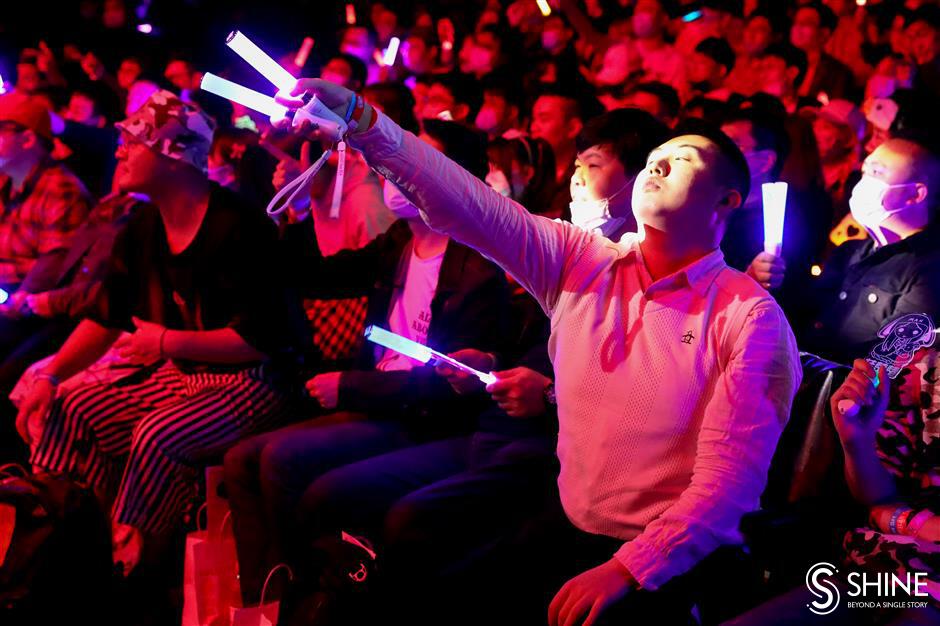 Xiao Xin interacts with his idol Mao Weijia during a performance. 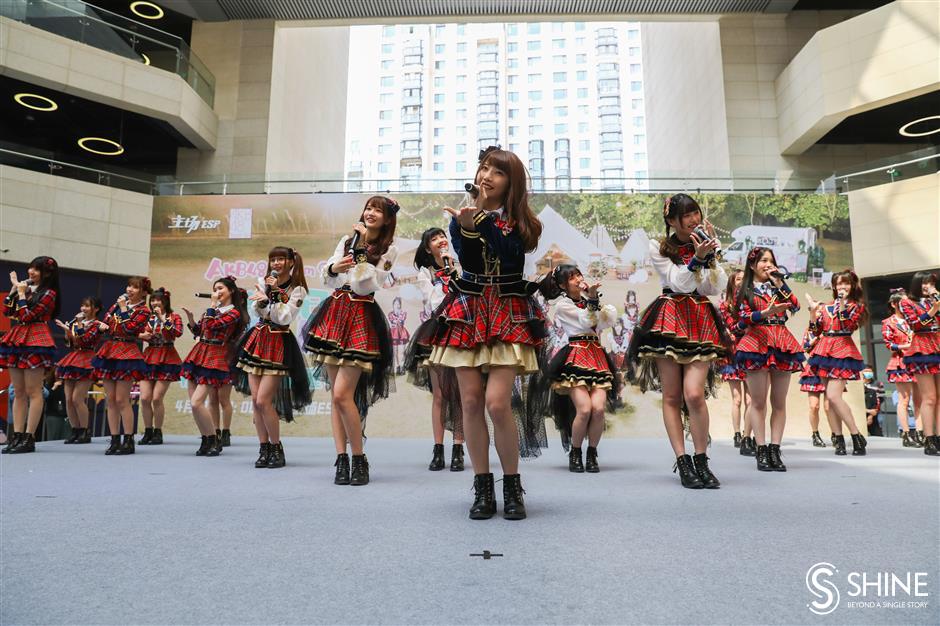 Zeng Sichun (center) during a special performance for the release of the group's new album. She was the winner of last year's poll.

Compared with Japan, China’s idol industry is still in its infancy, but AKB48 Team SH’s producer Li is confident about the group's future.

"This business model is time-tested, approved by fans. Its development can go beyond our imagination. We are making AKB48 Team SH more localized, including using Chinese lyrics and Chinese elements," Li said. “If a member becomes famous, it will help promote the whole team. No matter who leaves, the team still exists. There is no similar example in the Chinese entertainment industry." 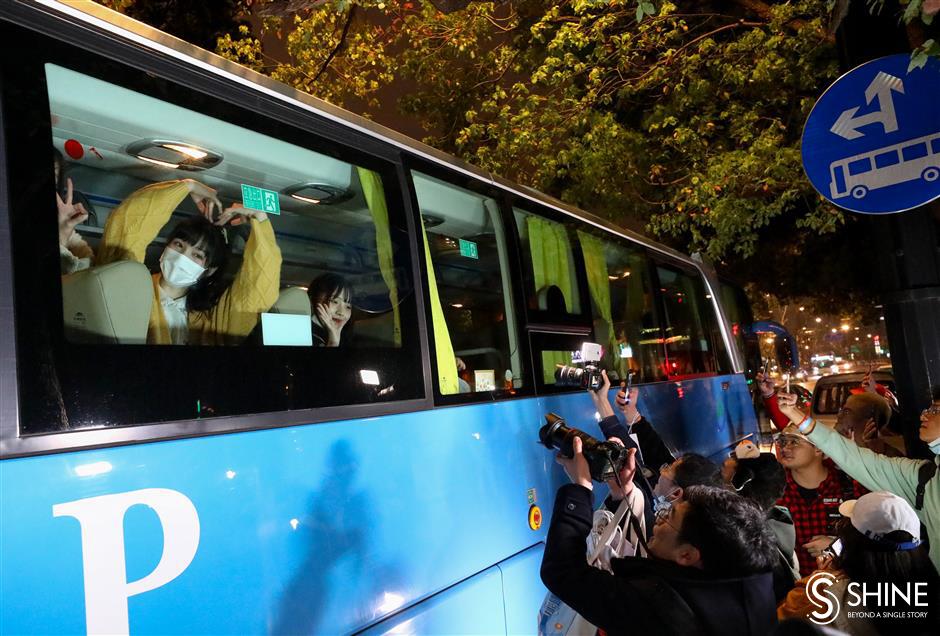 Members of the AKB48 Team SH say goodbye to fans as they leave after a performance.