New event: playground of no boundaries

Golden autumn is traditionally the most prolific season in Shanghai for artistic performances, but this year, the gala season will be brought forward with the launch of a new event called Artra in June.

Artra is a palindrome meant to signify no boundaries, according to Li Ming, director of the Center for the China Shanghai International Arts Festival, the event’s organizer.

Zhang’s original concept show “Apologue 2047 Selected” will be presented at Shanghai Grand Theater on June 4 and 5. It combines Chinese folk art with modern technology in eight performances of 28 renowned artists and technical teams. 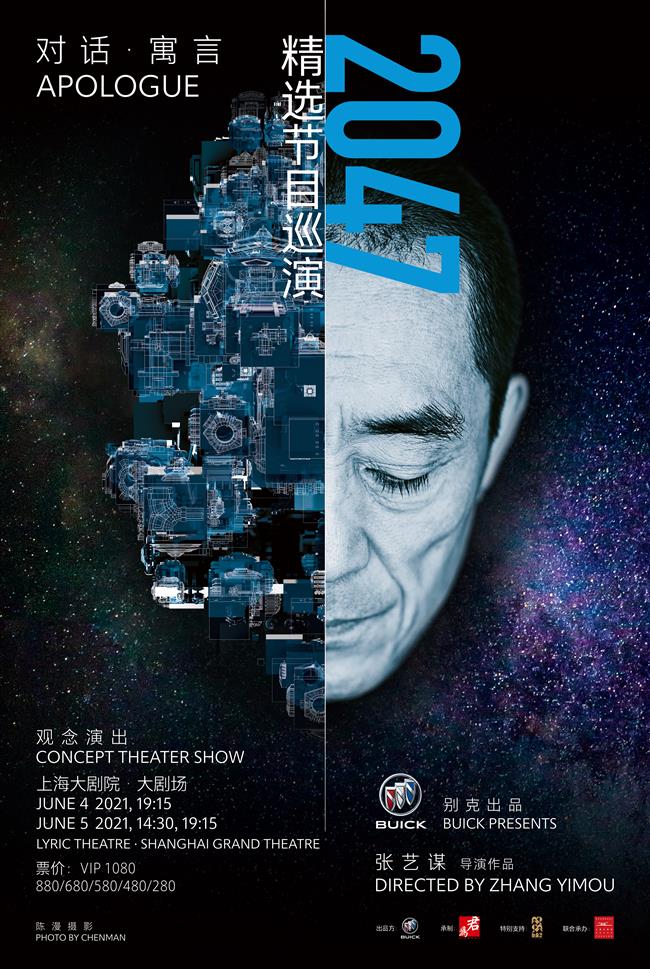 The performers include Grammy winner Wu Tong, Peking Opera star Qiu Jirong and Wu Na, who plays the guqin, a plucked seven-string traditional instrument. They will be joined by ethnic folk artists.

Shen, who was the leading choreographer for the opening ceremonies of the 2008 Beijing Olympics, will stage the premiere of his new work “Integrate” at West Bund Dome from June 11 to 20.

It synthesizes various art forms in a three-part performance. The first is an exhibition displaying 64 of his artworks, including paintings and photographs. The second part comprises videos edited by Shen and shown on four giant screens. A dance with 37 performers caps the show. 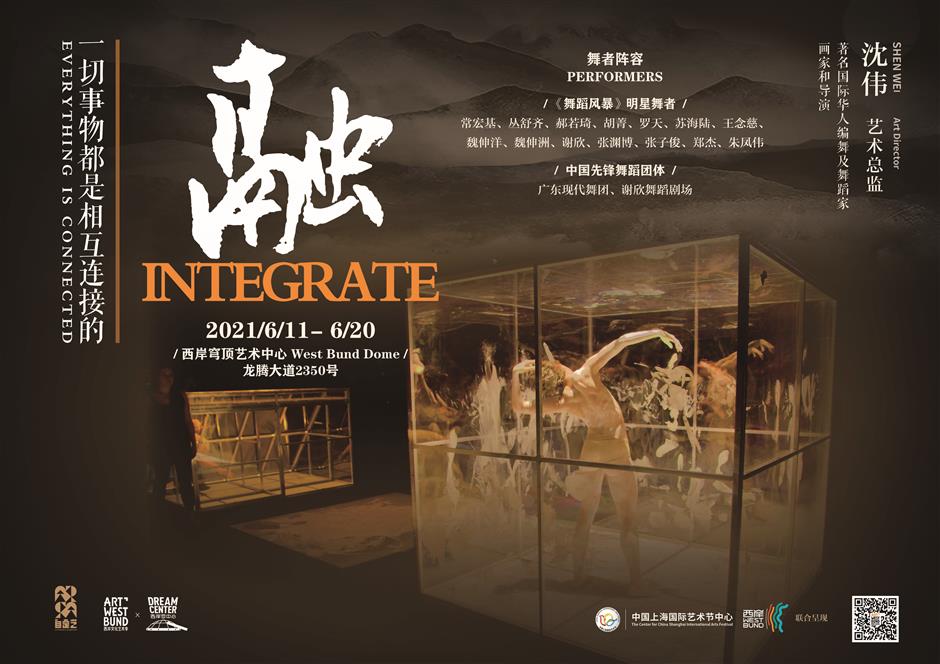 Choreographer Shen Wei will stage his multimedia work "Integrate" at West Bund Dome from June 11 to 20.

The premiere of the show will also mark the opening of West Bund Dome to the public. The cultural space is a conversion of Asia’s largest cement plant, which was established in 1920.

“West Bund Dome used to be the yard where raw materials for cement were ground and mixed,” said Chen Anda, vice general manager of Shanghai West Bund Development (Group) Co. “Now it is a blender of multiculturism.” 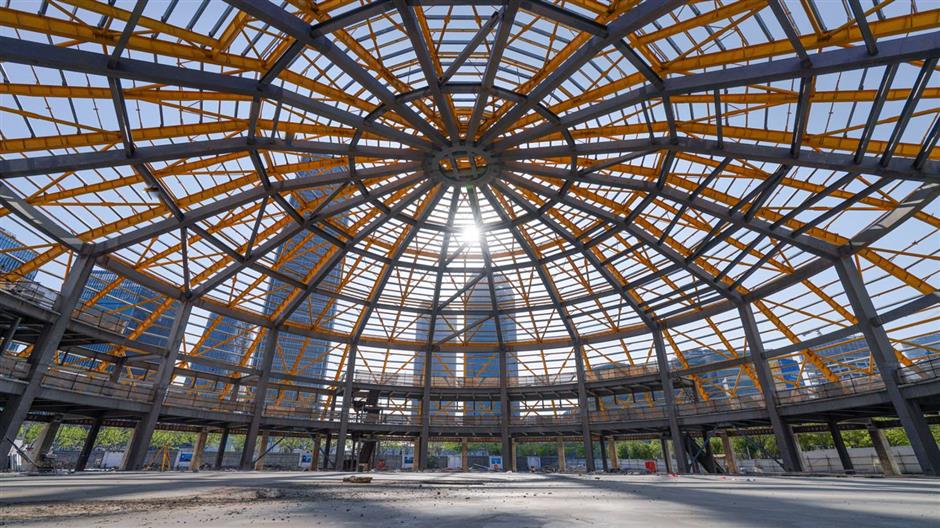 Converted from the yard of what was once Asia’s largest cement plant, West Bund Dome will open to the public in June.

On the night of June 13, a “No-Boundary Playground” gala will be held at SAIC Shanghai Culture Square. The show will bring together members of rap music label W8VES, Ye Yin of the reality show “Street Dance of China” and his dance group SYNC, wotagei group MyStic and Zide Guqin Studio. Wotagei refers to a type of dancing and cheering gestures using glow sticks.

Tickets for the three performances are now available on damai.cn and Maoyan.

﻿
Special Reports
ADVERTISEMENT
New event: playground of no boundaries
'Dawn in Shanghai' presented in a new version
Disneytown goes all out for 5th birthday
Come dream a trilogy of martial arts dreams
'Lord of the Ring' third chapter finalizes China re-release date
Buckle Up! It's about to get fast and furious again!
Post pandemic, the spring concert festival returns
Stage musicals you have never seen before
Opera star Shi to serve up a trio of classic treats
Pandemic lockout puts more local works on stage
EXPLORE SHINE