Immerse yourself in tales from Russian masters

The Shanghai Art Film Federation will offer a new season of Russian Film Masters Retrospective from May 9 to 22 at the Shanghai Film Art Center and the Grand Cinema to commemorate the 20th anniversary of the signing of the Sino-Russian Treaty of Good-Neighborliness and Friendly Cooperation.

The event is a sequel to the exhibition in August last year.

A total of nine film productions by eight Russian film masters will be displayed in digitally restored version.

Among the films are the seven-hour epic movie “War and Peace,” “The Letter That Was Never Sent,” “Welcome, or No Trespassing,” “July Rain,” “The Red Snowball Tree,” “An Unfinished Piece for Mechanical Piano,” “Oblomov,” “A Cruel Romance” and “Winter Evening in Gagry.”

Directed by Sergei Bondarchuk, “War and Peace” is based on the novel by Leo Tolstoy. The film with four sections features two intertwining stories: one about Napoleon’s invasion of Russia, and the other about the romance and changing forturnes of Russian aristocrats. The film was winner for Best International Feature Film of the 41st Academy Awards.

Drama film “The Letter That Was Never Sent,” helmed by Mikhail Kalatozov, is about a geological expedition that is trapped by a forest fire in Siberia on their journey to find diamond.

“Welcome, or No Trespassing,” the directorial debut of Elem Klimov, is a comedy about the strict restrictions children face during their camping vacation.

“July Rain,” a film by Marlen Khutsiyev is a representative work of the Soviet New Wave. With a combination of idealism and realism, it tells a plotless story about the plain life of a woman and her relationships.

“The Red Snowball Tree,” the last film directed and starred by Vasily Shukshin, is centered on a former thief’s efforts to start a new life in the countryside after he is released from prison. 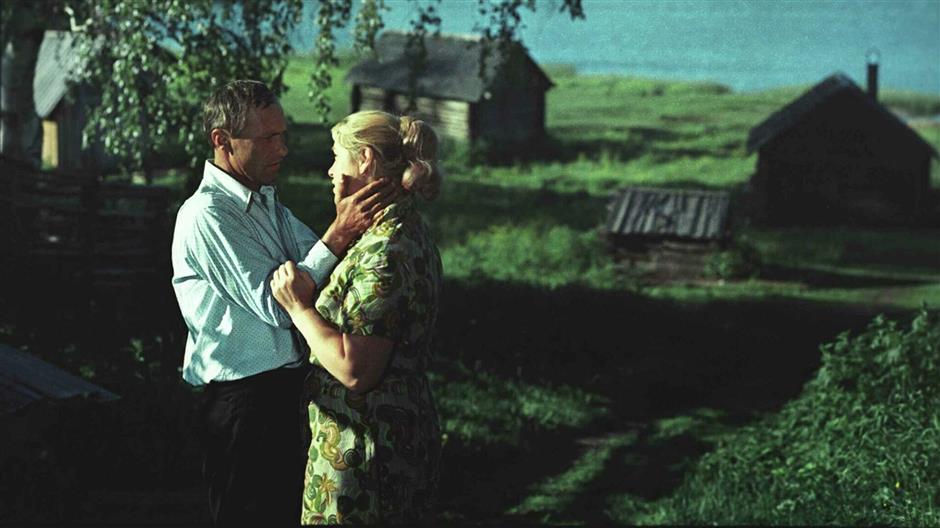 “An Unfinished Piece for Mechanical Piano” is about the romance of a married village teacher and his first love.

“Oblomov,” adapted from a novel by Ivan Goncharov, is about the dramatic changes of the middle-aged Oblomov who used to spend much of the day sleeping.

Based on Alexander Ostrovsky’s 19th century play, “A Cruel Romance” by Eldar Ryazanov revolves around a beautiful but poor young woman who is abandoned by a rich man, therefore she makes a painful decision.

“Winter Evening in Gagry” is a film by Karen Shakhnazarov. It is about the life changes of a step dance super star after becoming a young man’s coach and manager to revive the dance.

Special Reports
ADVERTISEMENT
Immerse yourself in tales from Russian masters
Heartfelt story of love between robots
Moving percussion beyond its stereotype
New event: playground of no boundaries
'Dawn in Shanghai' presented in a new version
Disneytown goes all out for 5th birthday
Come dream a trilogy of martial arts dreams
'Lord of the Ring' third chapter finalizes China re-release date
Buckle Up! It's about to get fast and furious again!
Post pandemic, the spring concert festival returns
EXPLORE SHINE