What do I do when mom doesn't love me?

When the 10-year-old primary school student Yan Ziyou stands in front of his classmates, saying that “I think my mom doesn’t love me; she actually loves a child with the full score on each test,” many viewers can’t hold back the tears.

It is a thought-provoking scene from the hit domestic family drama series “A Love for Dilemma” on Dragon TV and iQiyi over the past month.

Yan, who takes five different remedial lessons for math Olympiads every week, carries the hope of his anxious “tiger mother” Tian Yulan to be a top student and enter a prestigious middle school.

In addition to doing all kinds of after-school homework, he doesn’t have any time for his hobby — football and biology.

His mother seldom listens to his heart.

In contrast, his classmate Xia Huanhuan, has an enviable childhood. Her parents, Nan Li and Xia Junshan, believe in happy education.

They encourage Xia to do everything she likes. Although it’s hard for them to accept the decline of their daughter’s academic performance, they still give her respect, patience and encouragement.

As the final chapter of a trilogy that is centered on China’s education system and parent-child relationships, “A Love for Dilemma” puts forward many realistic topics about urban middle-class families, and describes their confusion and reflection on education, relationships and work.

The different Chinese families and their attitudes toward the children’s education have triggered a heated online discussion.

Many parents have begun to confront the origin of their own anxiety and learn how to love and talk with their children. 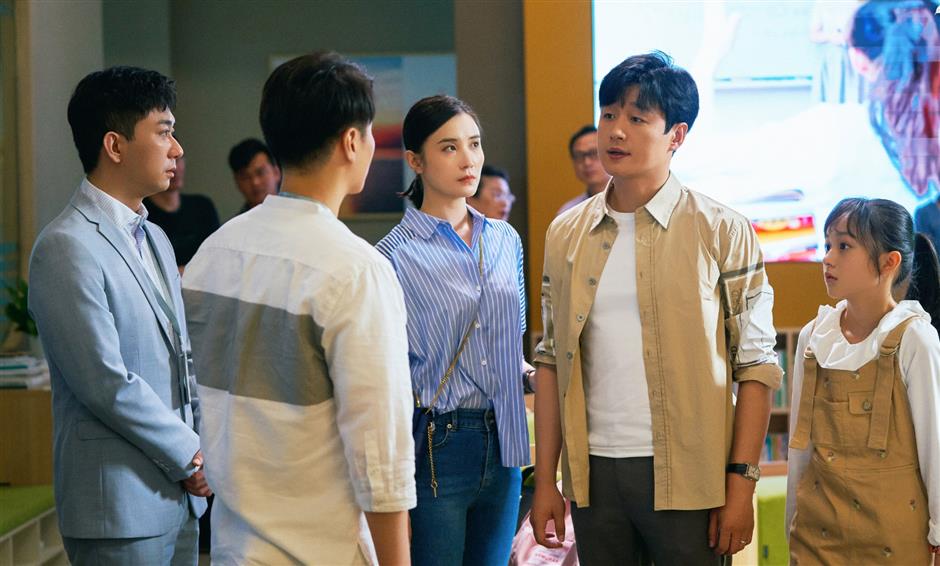 At a recent interview, Song said she was attracted to the script for the role’s growth after a series of big challenges in family relationship, child’s education and career.

Song, who has no experience of being a mother in real life, revealed that she had spent a lot of time preparing for the role.

To properly portray a mother, she watched how her friends get along with their kids. She also recalled how she overcame the difficulty of math in her school days with the encouragement of her mother.

“I am so grateful to my mother’s love whenever I am nervous and scared,” Song said.

“She never blamed me for a bad score. Instead, she helped me to build confidence. If one day I become a mother, I will learn from her, teaching my kid to believe that ‘you can succeed’.”

A graduate from Shanghai Theater Academy, Song never wants to be an actress who repeats her role on the screen. With a passion for acting, she has taken on varied characters over the past dozen years.

“I am a workaholic,” she said. “When I am acting, I am full of energy. Every year, I plan one to two months for traveling. It is a special time for me to refresh and still be sensitive to life and people.”

For many viewers, actor Tong plays an ideal husband and father in the series. He is considerate, helpful and patient with all the family members.

“Education is a problem for most families,” said Tong, who is a father of three kids. “As parents, we should learn to meet the true needs of children and help them keep up good habits and hobbies.”

In recent years, he has been starring in many celebrated film and TV series based on real-life stories.

Audiences speak highly of his depiction of a father’s delicate emotions.

﻿
Special Reports
﻿
What do I do when mom doesn't love me?
Immerse yourself in tales from Russian masters
Heartfelt story of love between robots
Moving percussion beyond its stereotype
New event: playground of no boundaries
'Dawn in Shanghai' presented in a new version
Disneytown goes all out for 5th birthday
Come dream a trilogy of martial arts dreams
'Lord of the Ring' third chapter finalizes China re-release date
Buckle Up! It's about to get fast and furious again!
EXPLORE SHINE