'Friends' reunion to air on May 27, with slew of celebrity guests 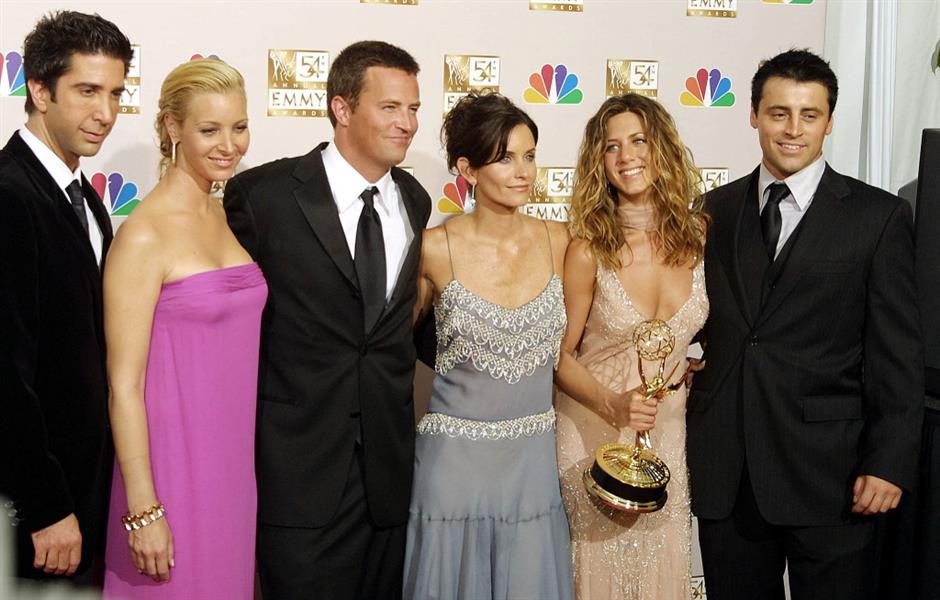 In this file photo, cast members from "Friends," which won Outstanding Comedy, series pose for photographer at the 54th Annual Emmy Awards at the Shrine Auditorium in Los Angeles on September 22, 2002.

The long-awaited "Friends" cast reunion will be broadcast on May 27 and will feature a slew of celebrity guests including Justin Bieber, Lady Gaga and K-Pop band BTS, streaming service HBO Max said on Thursday.

"Friends: The Reunion," featuring all six of the original cast, was originally supposed to have been filmed more than a year ago but was repeatedly delayed by the coronavirus pandemic.

The unscripted, one-off special was filmed earlier this year on the same sound stage in Los Angeles as the original comedy about six young 20-somethings living in New York.

"Friends," which ended its 10-year run on NBC television in 2004, was one of the most popular TV shows of the 1990s and found a new life on streaming platforms where it is one of the most watched shows worldwide.

﻿
Special Reports
﻿
'Friends' reunion to air on May 27, with slew of celebrity guests
'Blue Horse' a special gift for Children's Day
China's Philomela to woo home audience
2nd Portuguese-speaking countries film festival to feature 4 classic films
Chinese band recalls post-punk legends of yesteryear
A daughter's love life and a dying mother's wish
TV gala celebrates success of Chinese brands
What do I do when mom doesn't love me?
Immerse yourself in tales from Russian masters
Heartfelt story of love between robots
EXPLORE SHINE