Faith, family and patriotism in a time of turbulence

Peking Opera “Changes of the World,” which is adapted from Liu Heping’s novel “All Quiet in Peking,” will be staged at the Shangyin Opera House on May 19 and 20.

The play is Shanghai Peking Opera Company’s new production in celebration of the 100th anniversary of the Communist Party of China.

Set in Peking from 1948 to 1949 during China’s civil war, the play is centered on a group of underground CPC members’ efforts to liberate the city in a peaceful way for the sake of its people and historical buildings.

It portrays the characters’ patriotism, faith, family ties and love in a turbulent period of time. 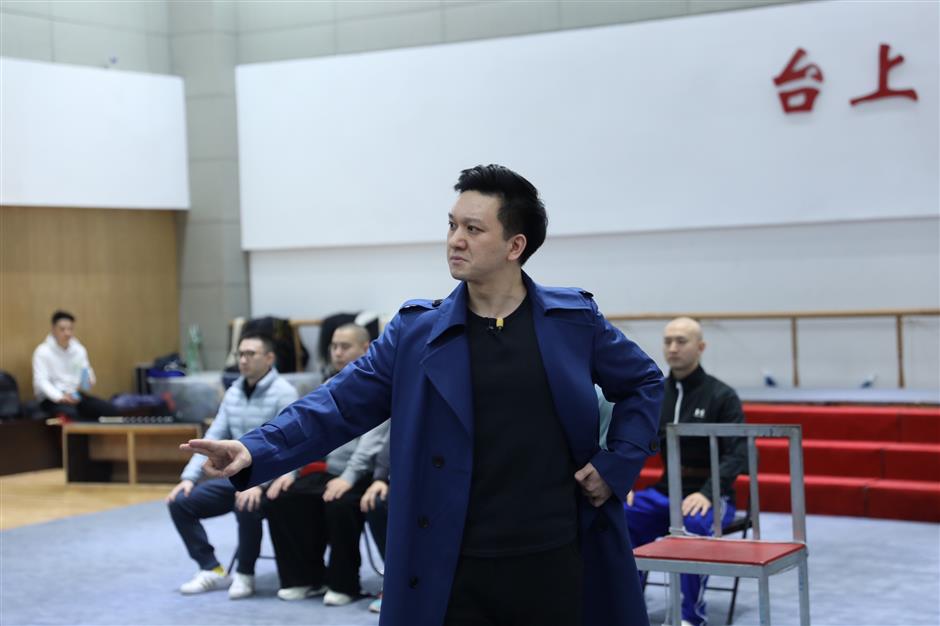 Fu Xiru at a rehearsal before the performance

It dates back to 2016 when Shanghai Peking Opera Company decided to put the novel onto the theater stage. At the end of the year, the company acquired the novel’s Peking Opera adaptation right.

Over the past years, the script has been revised and polished many times. Elements of drama and Beethoven’s symphonic music have been incorporated into the performance. A highlight will be a scene of the classic Peking Opera excerpt “Farewell My Concubine” to the accompaniment of Fate Symphony by Beethoven.

Officials from the company said that puts a high premium on the depiction of the emotions of the characters.

Their destinies are closely connected with the era and each of them shoulders their own responsibilities. It is a Peking Opera play with a magnificent subject, with an aim to encourage people in the new era to work hard for the fulfillment of the Chinese Dream of National Rejuvenation.

According to Zhang Fan, director of the Shanghai Peking Opera Company, the dedication and faith of the predecessors should be celebrated.

The company will continue to create more high-quality modern plays for the new development of Peking Opera in the city, Zhang said.

Famous playwright Luo Huaizhen, who has been devoted to traditional Chinese operas’ revival and modernization for decades, said that traditional theaters that have contemporary charms may transcend time and space.

“Our plays are created to resonate well with today’s audiences,” Luo said.

“It requires writers and artists to well understand the era and incubate distinctive and innovative works.”

According to him, the show will also include modern technology and elements.

The opening and ending sets of the play will feature video clips about the war and the lives of Chinese people during those times.