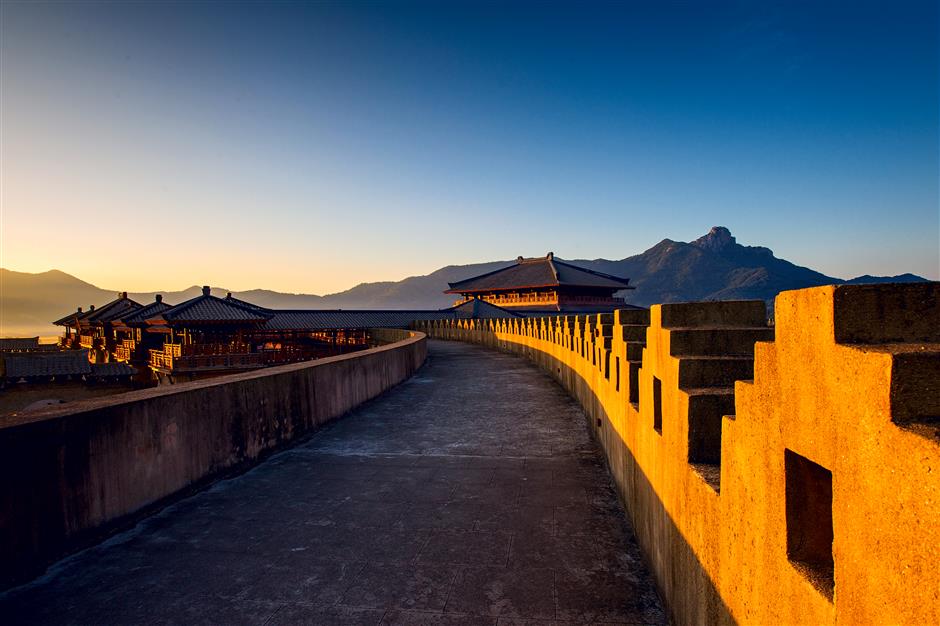 5G is fifth-generation mobile communication technology that is ultra fast and highly efficient with large bandwidth and low latency, which will greatly improve the speed of film production, projection and propagation in the era of 3D and 8K.

With 5G networks becoming more accessible, 5G broadcasting will completely change the consumption and distribution of content in the next five years.

In film production, 5G remote production reduces the number of people required on site and the need for trucks, because camera information can be sent immediately to a centralized production center. This reduces costs and enables production teams to handle multiple events in one day, in turn delivering higher quality to consumers.

But 5G is not just about cost-effectiveness. It will also increase the diversity of creative options open to producers. A 5G camera is not limited by wires, which enables operators to roam freely in studios or outdoors to capture images that previously could not be recorded. 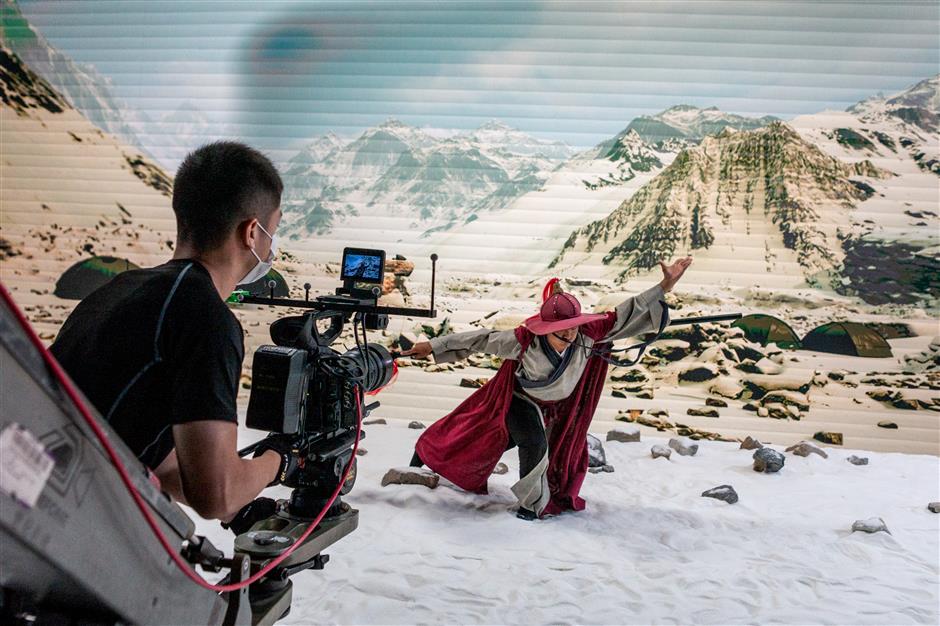 A cameraman films a warrior. According to industrial insiders, 5G speed and low latency can release creative capabilities for the camera crew.

Verizon demonstrated its 5G technology in a real-time rendering of “Star Wars: The Rise of Skywalker.” In collaboration with Walt Disney Studios’ advanced development division StudioLAB, the network demonstrated at the movie premiere party in Hollywood enabled visitors to interact with the movie’s Sith soldiers in real time.

Two actors portraying the soldiers worked in remote areas 15 miles (24 kilometers) away. Participants in the demonstration were able to enter the screen and interact with them, who responded in real time.

“5G speed and low latency can release incredible creative capabilities,” said Ben Havey of StudioLAB. “We want storytellers to use this new technology as soon as possible, so they can bring unparalleled experiences to audiences around the world.”

“We have to embrace technology if we want to corner overtaking,” said Steve Chen, chairman of the Ningbo Screen Industrial Park Committee.

Science and technology enable film and television to transition from black and white to color, silence to sound, film to digital and 2D to 3D and beyond. 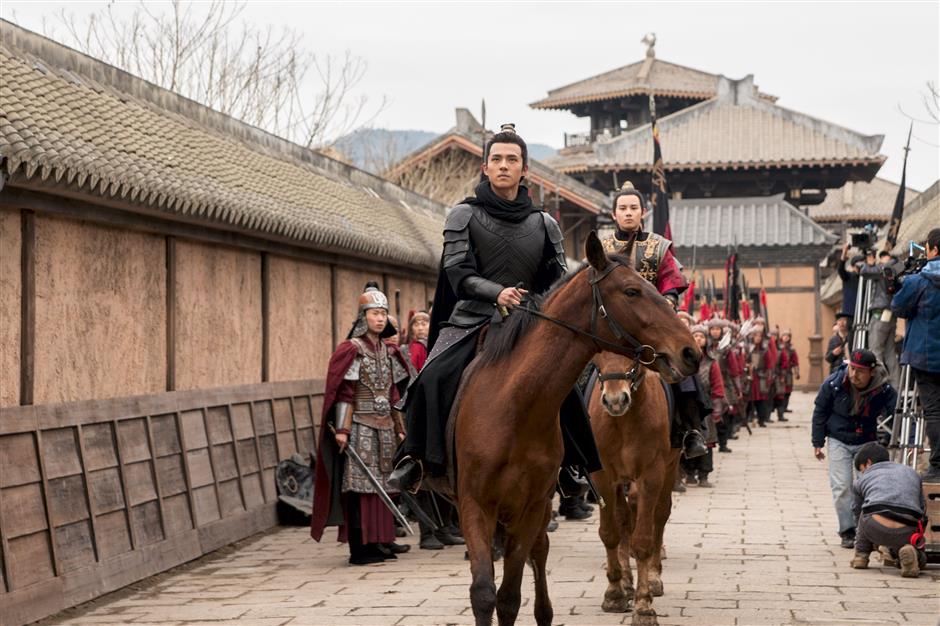 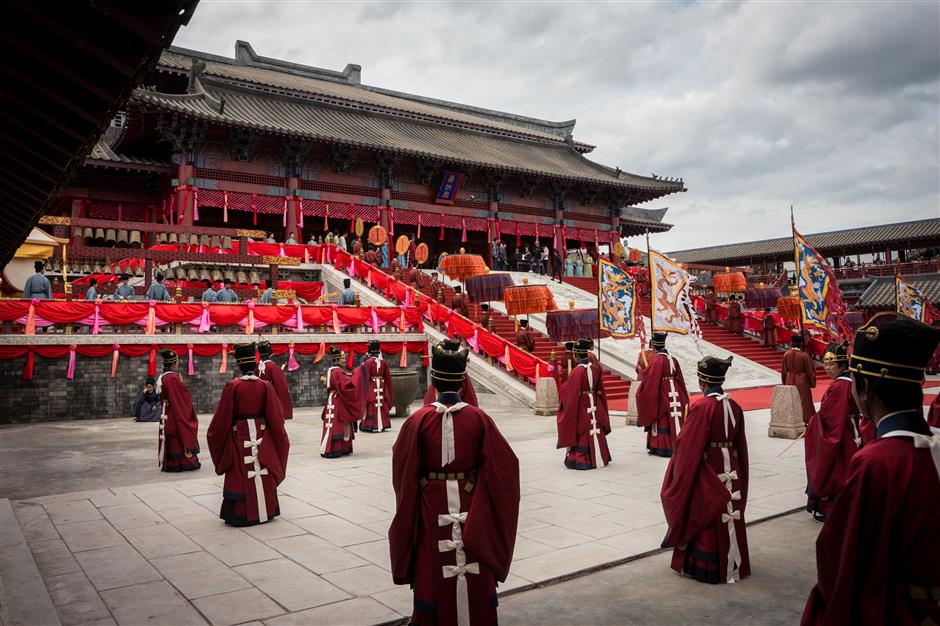 With the continuous evolution of science and technology, film and television production technology is also constantly developing. More and more scenes that could previously only be presented in people’s minds are now presented in front of audiences, achieving complete physical reality.

Zhang said special effects can be rendered and shot in real time in the LED shed. LED studio real-time shooting, real-time imports of various scenes and the use of 5G real-time transmission post-production teams shorten the production cycle significantly, according to Xiangshan Global Studios.

Hou Guangming, former Party secretary of the Beijing Film Academy, said six or seven of the 10 most popular movies in the world are related to high tech or science fiction, but Chinese movies lack such capabilities. Therefore, the application of 5G technology in film and television production is an opportunity for Chinese films to turn a corner.

Sun said 2019 was the first year for 5G commercialization in China.

In the next stage, Xiangshan Global Studios will connect optical fibers and 5G base stations in the studio to collect, process and store production materials from film crews in the data center for transmission, access, online editing and secondary development.

Hou said in the future, film and television production will go through a comprehensive digital, network and intelligent transformation. 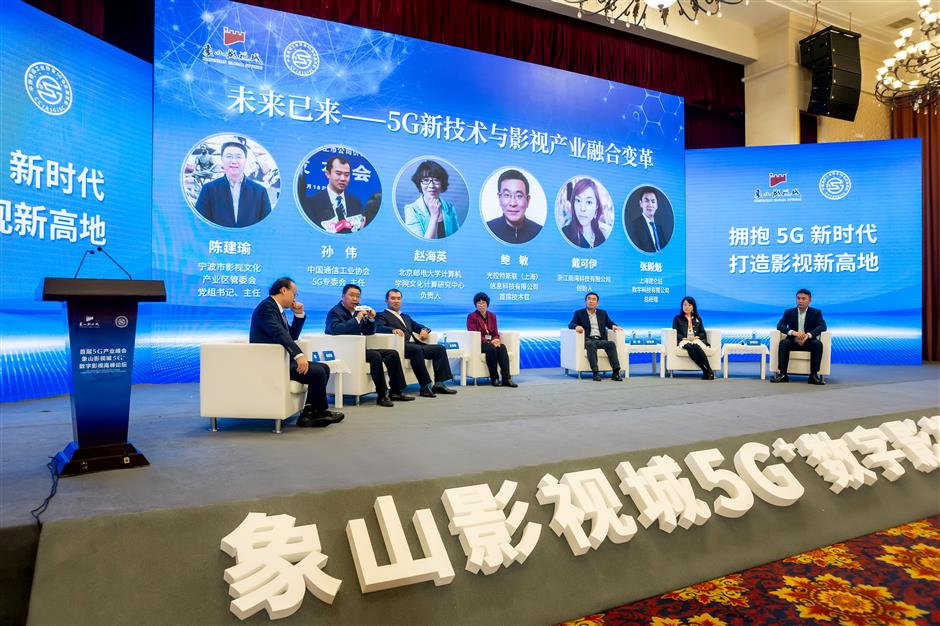 A recent forum held at Xiangshan Global Studios focuses on the application of 5G technology in the film industry. In the next stage, optical fibers and 5G base stations will be connected in the studio.