The 24th Shanghai International Film Festival will raise its curtain on June 11 and run through June 20, to offer an array of films and events to promote cultural exchanges and propel the domestic film industry.

Tying to this historic moment when the glorious past meets the future of a new centennial journey, the festival will unfold the great historical journey of the Chinese people from standing up to gaining prosperity and strength, under the leadership of the CPC.

The Film Panorama, a popular program for movie buffs to watch both classic and new film productions from around the world, will launch a special unit of "A Hundred-Year Journey • Red Film Art" this year.

It will exhibit a batch of acclaimed homegrown films which record China's tremendous progress over the past few decades.

Film poster exhibitions titled "Faith Makes Great" and "Red Film Art • Tribute to The 100 Years' History" will be hosted at the SIFF Market in the Shanghai Exhibition Center.

At the "Marketing Strategy of Mainstream Cinema" industry forum, people behind the production of outstanding Chinese mainstream films will gather to exchange ideas and explore a way to create good movies to celebrate the centenary of the CPC.

The "China Movie & TV Night," with the theme of "Glorious 2021," will be held in the CMG Shanghai International Media Port to recommend new films and TV dramas.

The film festival will strictly implement the relevant regulations of the country and the city of Shanghai on epidemic prevention and control to ensure safe and orderly running.

Both the SIFF Market and the TV Market will provide virtual platform and physical platform. The virtual online market will expand the space for display, negotiation, and transaction for the physical market held on the spot.

In the future, this market model, which features virtual market and physical market empowering each other, will become the new normal.

Today, Shanghai is accelerating its pace toward building a global film and television production center.

Officials from SIFF said that they will drive the innovative and quality development of the film industry by facilitating the exchange of talents and the availability of industrial resources.

To discover, introduce and cultivate a group of young film talent who will contribute to Shanghai's construction of a global film and television production center, the festival in collaboration with the Cannes Film Market has already launched a program to support Shanghai young filmmakers. Outstanding ones will have the chance to be introduced to influential overseas film festivals.

During this year's fest, Shanghai Songjiang Science and Technology Studios will release a series of new plans and new projects to make known its latest construction progress.

The SIFF Market will add a special film technology experience zone to provide a display and promotion platform for domestic film technology companies, and drive the interconnection of film industry resources.

In addition to film technologies, contents will also be highlighted.

The "IP Film and Television Development Conference" will be organized to showcase literature, animation and other types of worthy IP to improve the efficiency in bridging the gap between original works and screen adaptation.

Video enthusiasts can take part in the 1st "SIFF Shooting 48H" competition, where individual video works on urban landscapes, residents' emotional world and the cultural life of Shanghai will be showcased.

And the screening activities will be extended to five more cities of Suzhou, Hangzhou, Ningbo, Nanjing and Hefei.

Film companies and shooting bases in the Yangtze River Delta region will have business negotiations and seek possibilities for in-depth industry cooperation.

Chinese filmmaker Huang Jianxin will serve as jury president for the Golden Goblet Awards. The awards ceremony will be hosted on June 19.

During the festival, industry professionals will gather at film forums and workshops to explore topics about film production, distribution and the future of Chinese cinema.

Young filmmakers can also learn about scriptwriting, production and marketing in master classes.

During the festival, more than 400 films will be screened around the city. 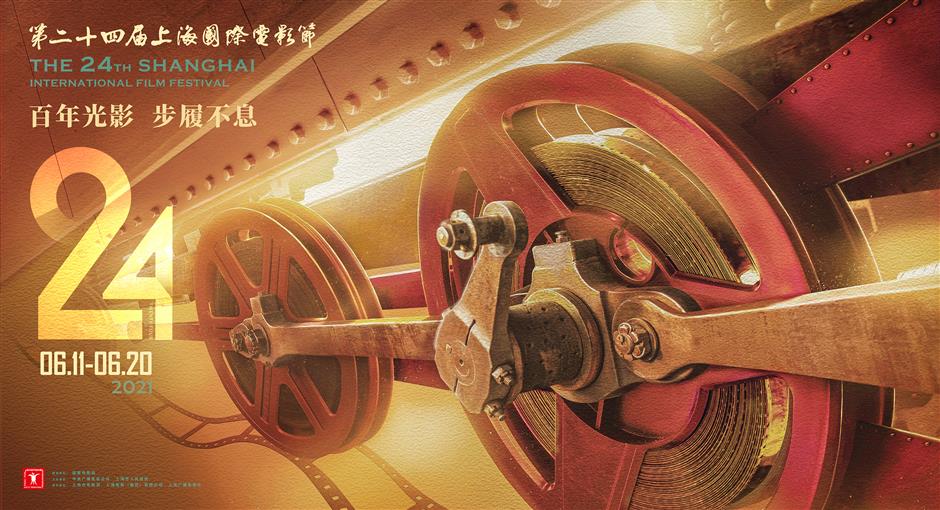 Nominees for the main competition of the Golden Goblet Awards

6. "The Father Who Moves Mountains"