'The Father' to premiere in China ahead of Father's Day

Oscar-winning film "The Father" will be officially released in China on Friday, just ahead of Father's Day on Sunday.

Starring Anthony Hopkins and Olivia Colman and directed by Florian Zeller, the film is based on a 2012 play revolving around an aging man's life and emotional changes as he suffers from dementia.

It received six nominations at this year's Academy Awards, and won the awards for Best Actor and Best Adapted Screenplay.

British actor Hopkins' performance has been critically acclaimed for a touching depiction of the complicated emotional world of those with dementia.

He portrays the suspicion, pains and fragility of the aging man, as well as his relationships with his daughter and caregiver.

Hopkins' Best Actor award is his second after "The Silence of the Lambs," in which he portrayed the cannibal Hannibal Lecter.

The film's showing overseas has heightened public awareness of the reality and emotional desires of people with dementia, who are often helpless and require a great deal of care and support from their families. 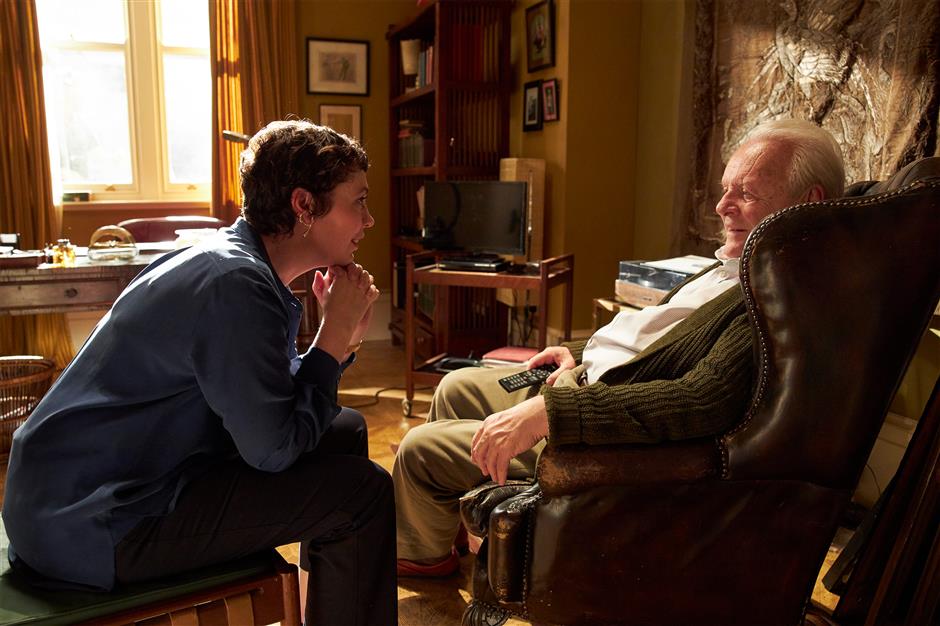 A scene from "The Father"