Magnificent Culture is bringing its signature musical "Ponzi" to Shanghai for the first time, staging two performances at the Shanghai Grand Theater on July 10 and 11.

"Ponzi" was created in 2012 by French director David Lescot, who also wrote the play and composed its musical score. Lescot adapted the real story of Charles Ponzi to the stage, which became a major hit in France.

Ponzi became known in the early 1920s as a swindler in North America for his money-making scheme. He promised clients a 50 percent profit within 45 days or 100 percent profit within 90 days by buying discounted postal-reply coupons in other countries and redeeming them at face value in the United States as a form of arbitrage. 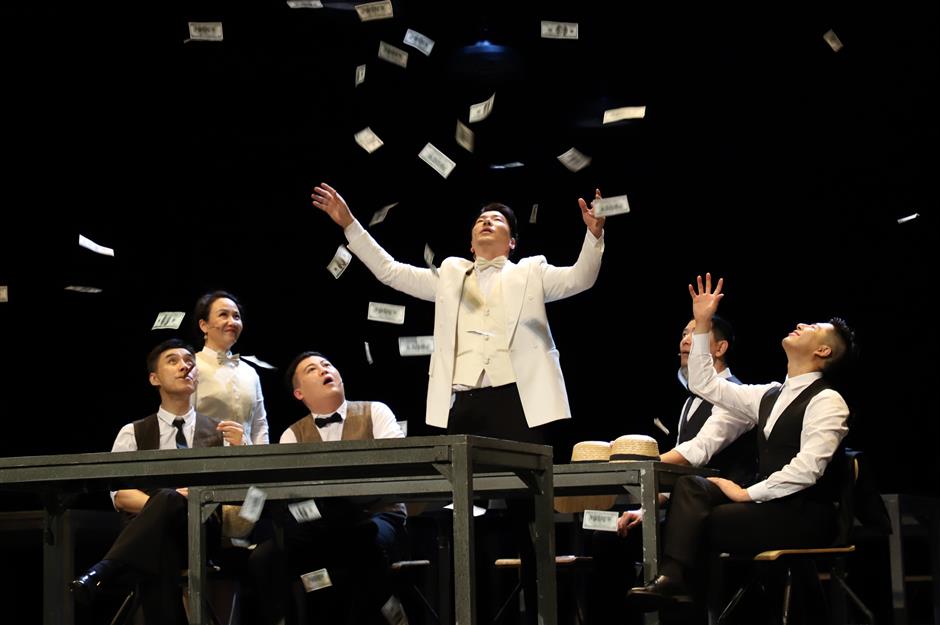 In reality, he was paying people who invested early with money from subsequent investors.

According to Wang Keran, founder of the Magnificent Culture production company, "Ponzi" represents a modern stage presentation with emotional expression and technical exploration.

It's also a challenging work even for veteran actors, who have to constantly change and adjust the positions of tables and chairs on stage to create new settings, he said.

"It's a fast-paced production with plenty of lines," said actor Zhang, who plays the lead role of Ponzi.

"Everyone has to be precise with their pace, as any minor error will easily affect other actors' performances. We have to be 100 percent in form to handle our roles."

Zhang has another identity as a model, and he's not the only crossover performer in the show. Mezzo-soprano Wang is taking on a new challenge by adding rap elements into her performance.

"It's a demanding production and the director has been very strict with us," she said. "But I'm happy to explore my potential on stage, which has surprised me." 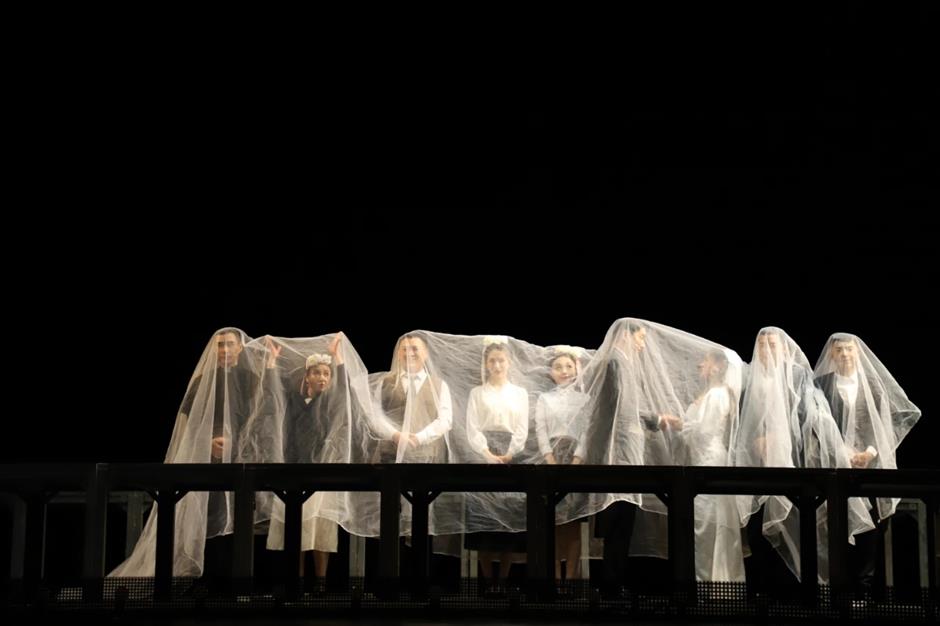 "Ponzi" was created in 2012 by French director David Lescot.