Directed by Russian dramatist Yury Eremin, the story revolves around the romance of two characters over the course of 40 years. After meeting in middle school, they convey innocent sentiments through small paper notes.

They then become separated due to their respective career pursuits – one stays in Beijing and the other goes abroad, and both start their own families. They keep in touch by writing letters, accompanying one another in this special way through the years. Viewers see not only a love story, but the huge changes in people's lives over four decades. 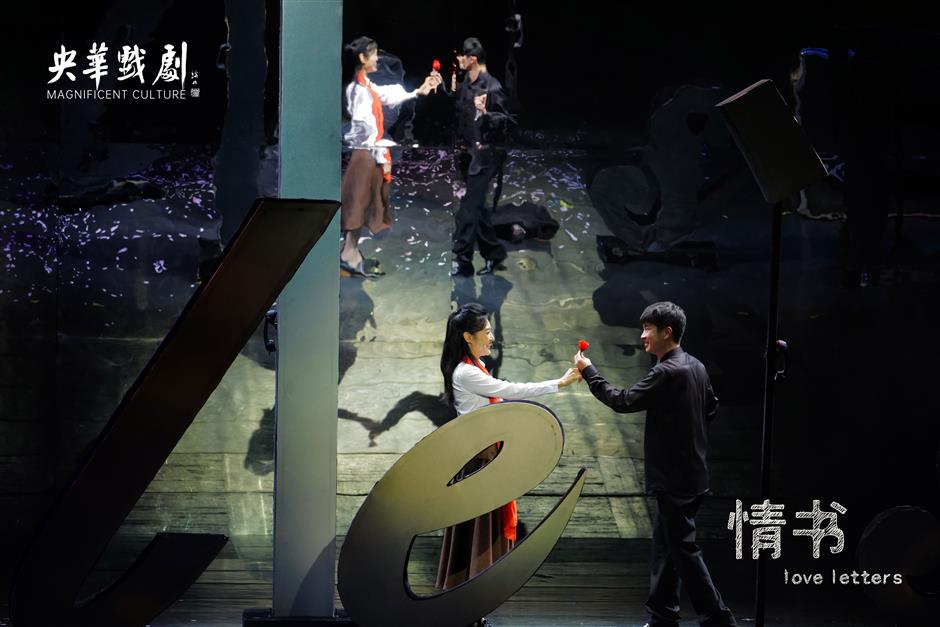 "Love Letters" revolves around the romance of two characters over the course of 40 years.

"This production and its director are representatives of top-class traditional theater art," said Wang Keran, founder of the Magnificent Culture production company, who also co-wrote the play. Lead actress Zhou Tao is one of the most well-known TV hosts in the country, appearing in national galas and the opening ceremony of the 2008 Beijing Olympic Games.

Despite these achievements, she quit her job at CCTV in 2016 to embark on a new career as the performing director of the Beijing Performing Arts Group.

Returning to the stage in her 50s, Zhou said that while taking part in this play, she has been trying to rid herself of her better known identity and old habits in front of audiences.

"This play allows me to dream," she said. "I play the role of Lu Jiajia from her teenage days to when she becomes an adult. The age difference is challenging. I had to recall my youth to portray the role."