The successful hosting of the 24th Shanghai International Film Festival, which closed on June 20, is thought to be of great importance to China's film industry. The industry is rapidly recovering from the pandemic with a batch of new productions and film cooperation plans.

At a festival film forum, professionals from the Yangtze River Delta region discussed possibilities for resource sharing and regional integration to expand the industrialization of Chinese cinema.

Industrial cooperation will be more extensive and in-depth for film screenings, distribution and production across the region, which plays an important role in the Chinese film industry.

Last year, box-office receipts in the region totaled 5.2 billion yuan (US$800 million), a quarter of the entire country's.

"We are optimistic about the future of the industry, particularly with joint efforts in the region," said Huang Bin, deputy general manager of Omnijoi Media.

Film cooperation in the region dates back to 2019, when the Yangtze River Delta Film Distribution Alliance was created to build a framework for all-around cooperation between Shanghai and neighboring Jiangsu, Zhejiang and Anhui provinces.

Xia Chunren, member of the China Film Distribution and Exhibition Association, is encouraging the creation of a regional emergency-response mechanism and mutual platform to share film information and market approaches.

With abundant cultural resources and a profound history, industry-wide cooperation in the region is also expected to inspire more original stories and film scripts in the future.

However, insiders say the region needs to cultivate more talent to propel the industry.

In the eyes of Fu Haifang, general manager of Zhejiang Starlight Film and Television, the region's film industry is in need of talent with rich experience and expertise in project development, marketing and new cinematic technologies.

"It's important for us to set up a film talent pool in the region, and nurture more professional and efficient production teams," Fu said.

In addition to mainstream movies, the festival highlighted the development of China's science-fiction movies, a burgeoning genre of Chinese cinema.

Ever since the box-office success of two Chinese sci-fi movies in 2019 – "The Wandering Earth" and "Crazy Alien" – the sci-fi film genre has triggered increasing public awareness among Chinese filmmakers.

Wang Hongwei, vice president of the China Film Director's Guild, said the genre is of special importance to the film industry, as it can greatly help improve the professionalization and industrialization of Chinese cinema.

"New cinematic technologies, expertise and a mature shooting mechanism are all required in the production of a sci-fi film," Wang said.

He encouraged domestic filmmakers to broaden their imaginations and break the boundaries of sci-fi movies with other genres.

"The point is to tell our own distinctive sci-fi stories rather than simply combine the Hollywood sci-fi format with some Chinese elements," he said.

Wang, who was involved in the production and scriptwriting of "The Wandering Earth," revealed that he is now working on the film's sequel and will improve the storytelling and scenes.

In his eyes, China has strikingly compressed decades of Western development into only a few years.

"The rapid changes and social development around us are also a rich source for sci-fi movies," Dong said. "We can explore many sci-fi stories in our daily lives, such as the influences of the Internet, social networks and mobile phones on our relationships."

Professionals also noted that a good sci-fi production can dispel people's stereotypes about the world and life, and can arouse in-depth cultural and philosophical reflection.

Celebrated filmmakers were invited to the film festival's master class to discuss their latest offerings and cinematography.

Filmmaker Jia Zhangke recently produced the drama film "Memoria" with China's streaming platform iQiyi. The film by the Palme d'Or-winning Thai filmmaker Apichatpong Weerasethakul has been nominated for the main competition of the 74th Cannes Film Festival. Its world premiere will take place at Cannes next month. 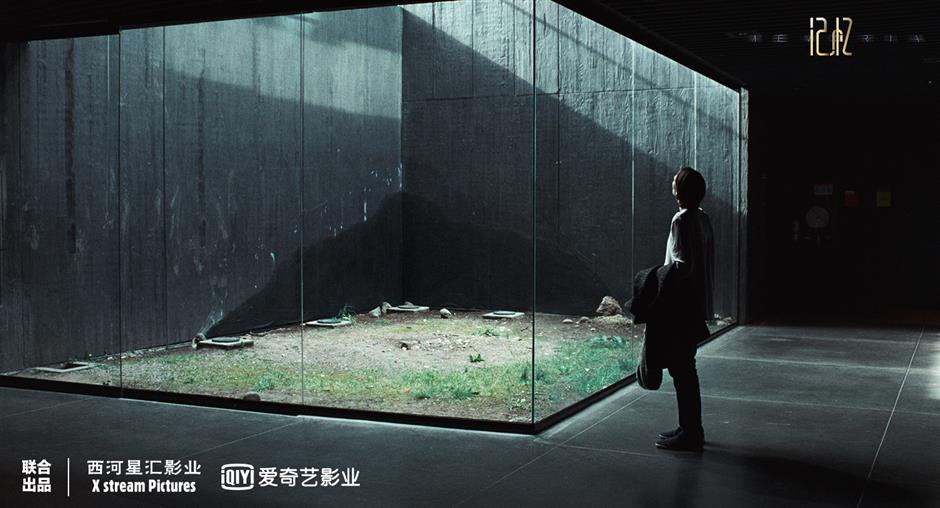 Filmmaker Pema Tseden from southwest China's Tibet, known for the movies "Tharlo" and "Jinpa," encouraged young directors in China to learn the most appropriate way to tell stories, and stay calm and objective in the production process.

The Shanghai film festival offered a total of 1,423 movie screenings at 40 local cinemas, attracting more than 320,000 people. More than 400 films from 62 countries and regions were exhibited.

Its film market, which has both a virtual-online and physical platform, attracted 459 exhibitors for negotiations and transactions – around 60 percent from overseas.

For the first time, the festival also hosted the "SIFF Shooting 48H" competition. Eight teams of young video enthusiasts took part in the competition and completed the shooting within only 48 hours.

It was a chance to showcase the charm of short videos and explore untapped young, creative filmmakers. Industry veterans showed the budding filmmakers how to conceive a good story, arrange shooting plans and coordinate with team members.

The festival boosted people's confidence in the recovering Chinese film industry, and placed a high premium on talent cultivation and industrial cooperation for the industry's sustainable development. Many people believe Chinese cinema, despite the challenges from the pandemic, will flourish with more diverse, original and thought-provoking productions. 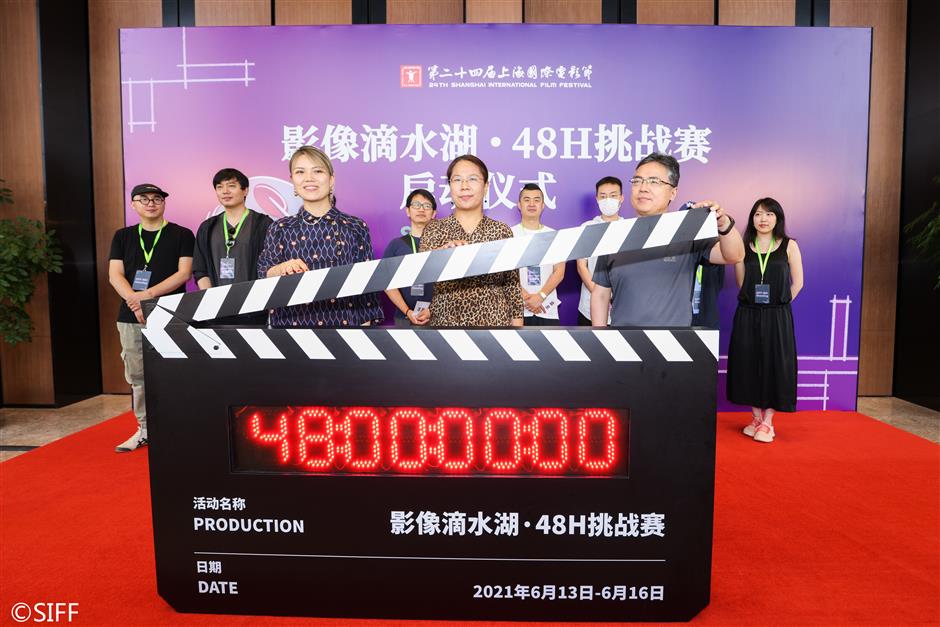 The "SIFF Shooting 48H" competition is a chance to showcase the charm of short videos.