Patriotism set to shine on city stages this summer

SAIC Shanghai Culture Square announced a series of patriotic performances to celebrate the 100th anniversary of the founding of the Communist Party of China.

The Shanghai Dramatic Arts Center's new play "Wave" will be staged at Culture Square from Thursday to Saturday. Directed by He Nian, the production centers on the story of martyrs Rou Shi, Hu Yepin, Li Qiushi, Feng Keng and Yin Fu, members of the League of Left-Wing Writers, which promoted socialist realism in literary works.

To retell an old story in a modern way, the creators hope the martyrs' story will inspire a sense of responsibility in today's young people. 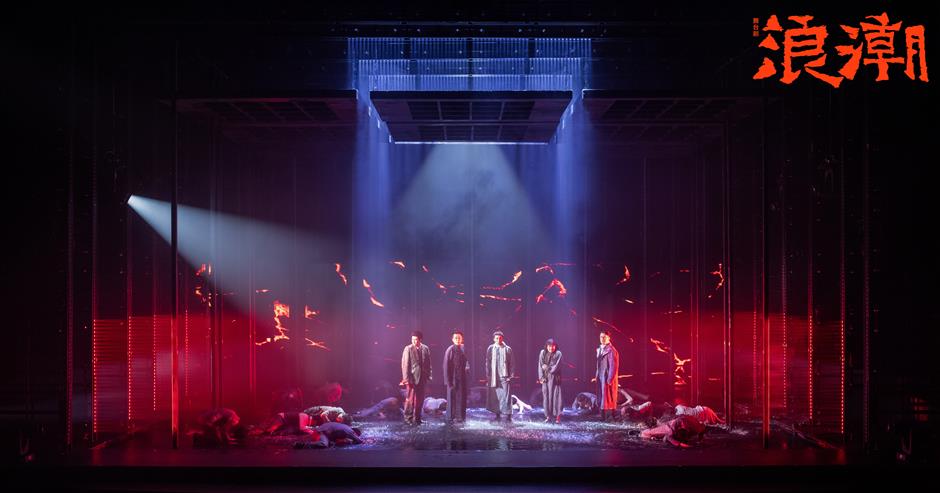 Acrobatic play "Dawn in Shanghai" is making a return to Culture Square on July 9-10. As a joint production of the Shanghai Acrobatic Troupe and Shanghai Circus School, the play tells the story of soldiers and underground members of the CPC who fought for Shanghai's liberation in 1949. Stunning acts filled with acrobatics, magic, dance and traditional Chinese theater are featured.

The China Academy of Art's play "Once Upon A Time in Fudeli" opens in mid-July. The play is set against the backdrop of Shanghai's Fudeli neighborhood where the 2nd National Congress of the Communist Party of China was held.

On September 29-30, the chorus of the Chinese Musicians Association's philharmonic orchestra will join hands with individual vocalists for the concert "Oriental Red."

Acrobatic play "Dawn in Shanghai" is making a return to Culture Square next week.