The Chinese version of the award-winning South Korean musical "Maybe Happy Ending" is staging its premiere round of performances at Theater Above through Sunday before hitting the road for a national tour.

The musical has been described by viewers as a "healing pink fairy tale." Set in the late 21st century, the story follows two obsolete helper-robots who discover one another and start a dream-chasing journey together, during which they experience human emotions connected to love and separation.

The story has an ending that's open to interpretation, designed to stimulate viewers' thinking about intimate relationships and life experiences – if everything will eventually come to an end, would you still have the courage to start? 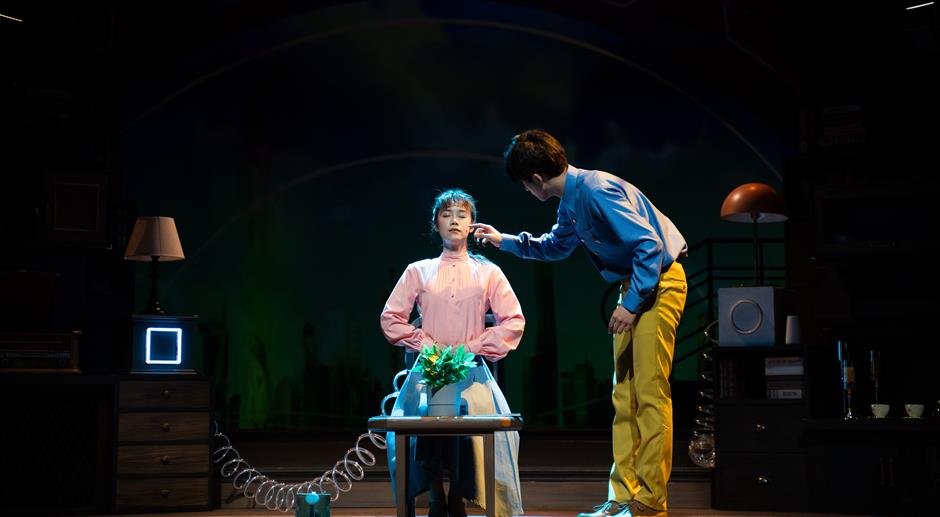 "Maybe Happy Ending" runs through Sunday at Theater Above.

Despite the travel inconvenience caused by the pandemic, South Korean director Kim Dong-yeon came to Shanghai to join the production of the musical's Chinese version.

"The discussions I had and research I did with the Chinese crew helped me a lot," Kim said. "Everyone has contributed a lot of thoughts and emotions. The three different Chinese casts have their own unique charms, and I believe Chinese audiences will like this production."

The soundtrack features elements of jazz as well as classical performed by a live chamber orchestra.

Following the premiere in Shanghai, the musical moves on to Chengdu, Xiamen, Nanjing and Hangzhou in August, Wuxi in September and Tianjin in November.