The secret is out about Sofar Sounds concerts

Looking for new ways to explore the city? Sofar Sounds has got you covered, with secret concerts in shops, parks, offices and historical centers all around Shanghai.

On May 29, I climbed up to the rooftop of the Magic Jungle high ropes course on the North Bund for a Sofar Sounds concert.

Performing at the concert was a Russian indie-pop singer and violinist duo, a Shanghai experimental acoustic music band, and a Ukrainian electro-pop singer. 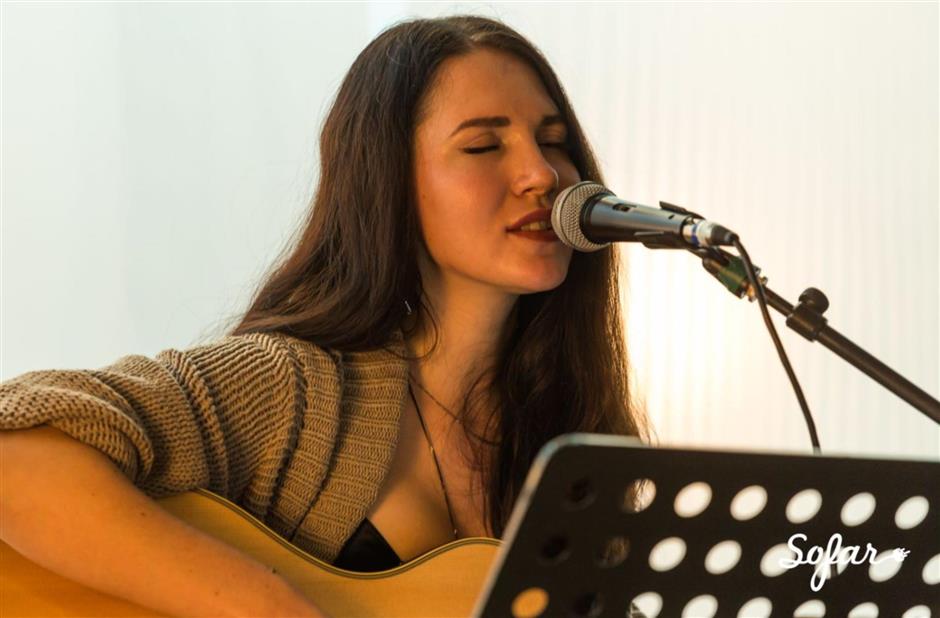 As usual, I was impressed by the diverse lineup and extraordinary location of the Sofar concert.

From Shanghai's historic Columbia Circle to a rooftop over Fontaine Antiques, Sofar Sounds is bringing concerts to secret locations all around the city.

As an American living in Shanghai for the first time, Sofar Sounds quickly became my way to get out and explore while seeing something I love: concerts.

Since its start in Shanghai in December 2013, Sofar has held shows almost monthly in the city.

Here's what makes Sofar special: Guests are only given the location of the concert 24 hours before the show. We often have to weave through stores or climb up to rooftops to find the concert.

To further the suspense, guests like me don't even know which artists we'll be seeing. When we finally arrive, we're met with an intimate concert, small audience and three musical acts.

I first got involved with Sofar Sounds in my hometown of Portland, Oregon. There, I watched a small concert in a neighborhood backyard, intrigued by the music and cute decorations.

My experience with Sofar has only gotten better. The string lights that once lit up the backyard in Portland now decorate the Shanghai skyline.

The concerts take place in places that are brand-new to me, and feature an even greater range of artists.

I talked with Sofar Sounds staff member Meng, who told me that performers are hand-picked by its staff. Shows often feature both local and international artists.

Sofar focuses on selecting artists that represent Shanghai, Meng said. For example, I watched Mr Slicker, a band that performed for Sofar in May, perform songs in the Shanghainese dialect.

Shanghai's culture and history also play a special role in Sofar concerts. Each location selected by Sofar reflects the blend of modern and traditional, East and West, that encapsulates Shanghai.

Some of the most interesting venues have been the bottom of Columbia Circle's swimming pool; 1305 Design Studio, an architectural design studio; and the Hefengyi, a tea house.

"Shanghai is such a diverse, vibrant city. We get to meet great people and search for unique places. That's the kind of experience you can't get elsewhere," said Meng.

The next Sofar gig will be place on July 10 at an location to be advised.

I'll definitely be there, exploring yet another new part of Shanghai.

Sofar Sounds has given me the chance to experience what Shanghai has to offer: captivating skylines, tucked-away teahouses, and a whole lot of great music. 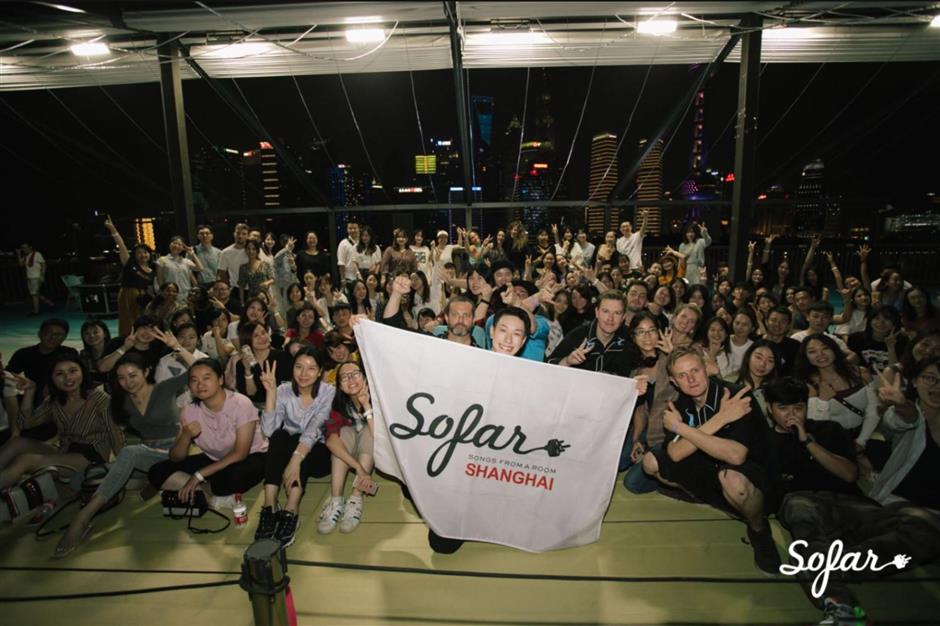 A concert at Xiaolou Art Space at the West Bund 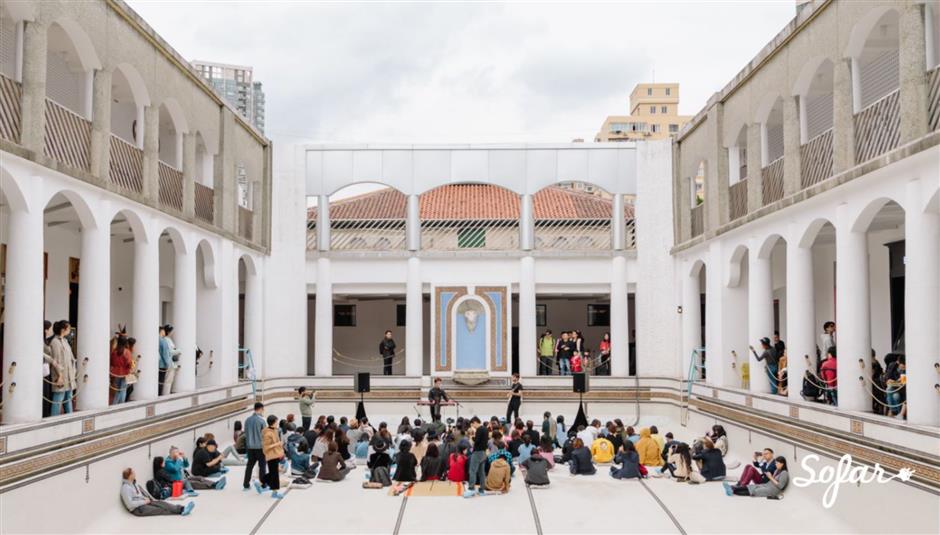 A Sofar Sounds concert at Columbia Circle on October 20, 2018.