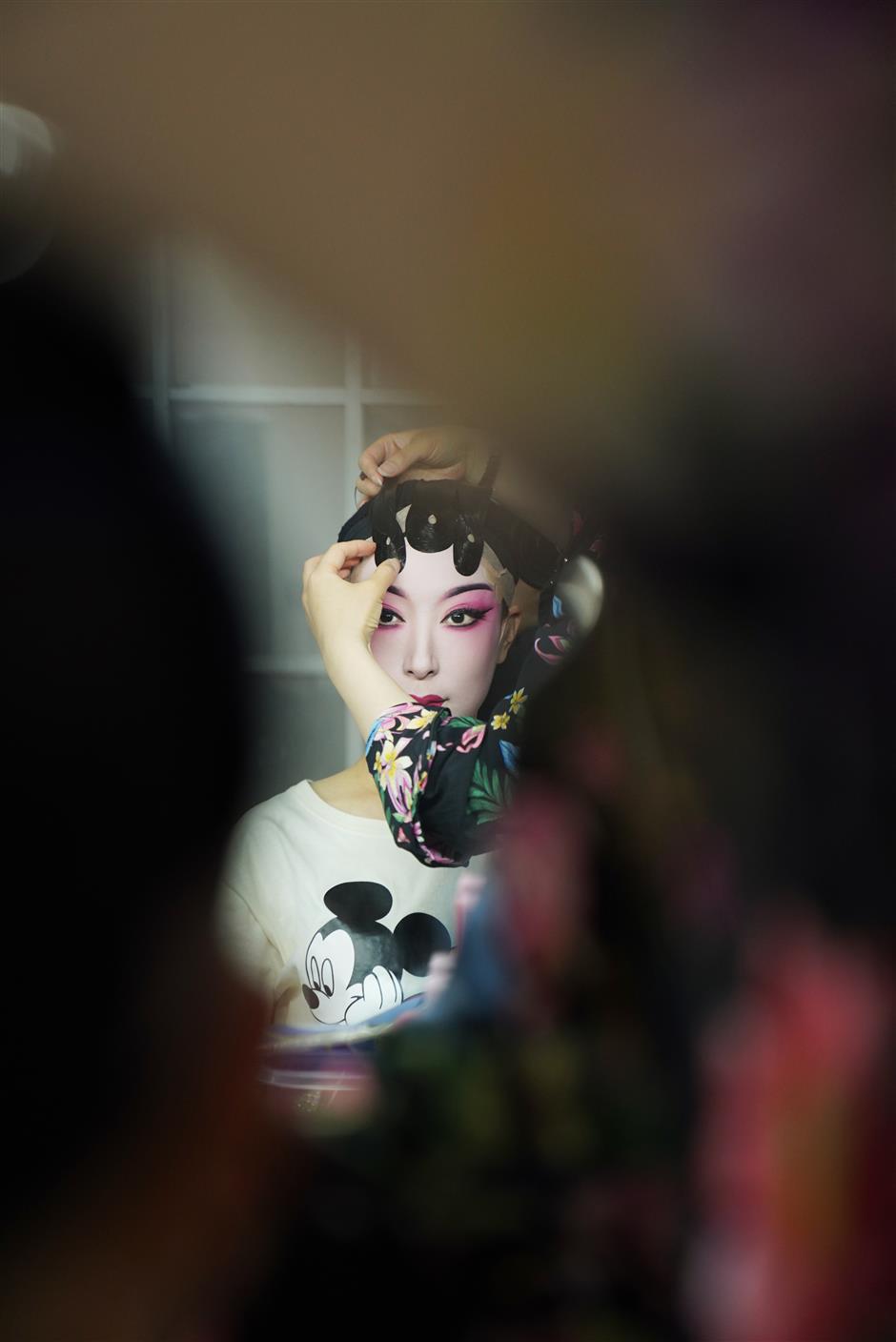 To commemorate the 120th anniversary of the birth of Peking Opera master Shang Xiaoyun (1900-76), a series of performances were staged last month at Yifu Theater to entertain theatergoers of all ages.

Shang was known for his powerful, clear vocals and impressive depiction of courageous and heroic female characters on the Peking Opera stage. Founder of the Shang school, he developed distinctive disciplines for generations of Peking Opera performers.

The serial performances were led by young performer Han Yijia, a student of the Shang school with the Shanghai Peking Opera Company. She stunned audiences with her acting in "The Story of Su San," a representative work of Shang.

Han is grateful for the tutelage of 73-year-old Shang Huimin, Shang's granddaughter. Despite her old age, she kneeled on the ground together with Han during the rehearsal for an entire afternoon to demonstrate and teach a famous scene from the play.

"The Shang school has diverse charm in both civil and martial plays," Han said. "I will try my best to collate and preserve the old scripts of the Shang school, and to pass on the art and spirit of Shang."

In Peking Opera, civil plays (wenxi) focus on the relationships between the characters, and tell stories of love and intrigue, while martial plays (wuxi) generally focus on action, acrobatics and martial arts.

Han added that she feels very lucky to present "The Story of Su San," a play first staged by Shang in 1917, also at the Yifu Theater.

Born in Tianjin, Han's affinity with Peking Opera began in her childhood with the influences of her father and grandfather, who are Peking Opera fans. She began to learn traditional Chinese theater at the age of 8. After graduating from the National Academy of Chinese Theater Arts, she was recruited by the Shanghai Peking Opera Company in 1997.

At the age of 24, attracted by the vocal technique, dance and martial art in a video titled "Wang Zhaojun" from the 2000s, which featured the performance of Sun Mingzhu and voice of Shang Xiaoyun, Han fell in love with the Shang school and decided to be a disciple of Sun, one of the inheritors of the Shang school.

Over the past decade, Han has fully learned and absorbed the vocal and performing expertise from a number of classic Shang school plays, including the "Liang Hongyu," "A Red Mane Horse" and "Princess Shuangyang," under the patient guidance of Sun Mingzhu, Zhou Baisui and Shang Huimin.

During the process of learning, she was also touched by Shang's commitment to preserving and nurturing the traditional Chinese theaters.

In 1938, Shang sold all his properties in Beijing to found the Rongchun Society in order to cultivate young Peking Opera talent. He also spent much of his savings to support several hundred students' lives and studies during turbulent times in the 1940s.

In recent years, Han has been engaged in the spread of traditional opera arts among the young people. She has performed in front of many college students in the universities, and attended cultural salons to introduce the artistic charm of Peking Opera.

In addition to Peking Opera, she is interested in Chinese tea culture and traditional Chinese paintings.

"Some young people think that Peking Opera is profound and complicated," Han said. "It requires an artist to dabble in both traditional and modern culture to find a connection to talk and communicate with them."

She believes through lectures and performance-art appreciation classes, they will gradually learn how to truly appreciate the art of traditional theater. 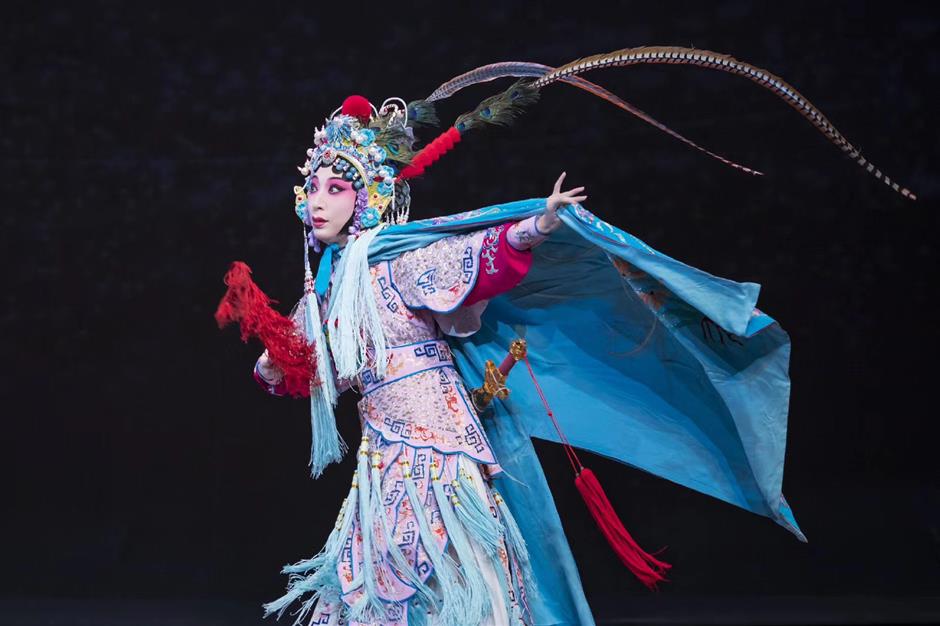 ﻿
Special Reports
﻿
Songwriting camp exclusively for female musicians
Following in footsteps of Peking Opera legend
South Korean director brings us a Shakespeare adaptation
'Road to Victory' set for national tour after Shanghai success
The secret is out about Sofar Sounds concerts
Power of faith and growth during wartime
Famed cinema producer does a volte-face
World of acrobatics, magic for all the family
One family's tale of the revolutionary road to victory
Play explores whether love exists between robots
EXPLORE SHINE