A concert showcased songs from the musical "Flying Apsaras" at Shanghai Culture Square as a "prelude" to the musical itself, which is still in production.

The concert featured top Chinese musical singers, including Liu Yan, Xu Yao and Hu Kuang, and a chorus of 60 members with a live band, giving the audience a glimpse into an epic from the city of Dunhuang.

"Flying Apsaras" is about how a guardian protects the murals in Mogao Caves. He works together with a traveler who has made his way to Dunhuang, fleeing war and disease.

Situated at a meeting point of civilizations in ancient China, India and Persia, Dunhuang is a treasure trove of art, religions and cultures. It was a hub on the Silk Road in ancient times. The murals in Mogao Caves are considered to be a shrine to Dunhuang's artistic and cultural heritage. 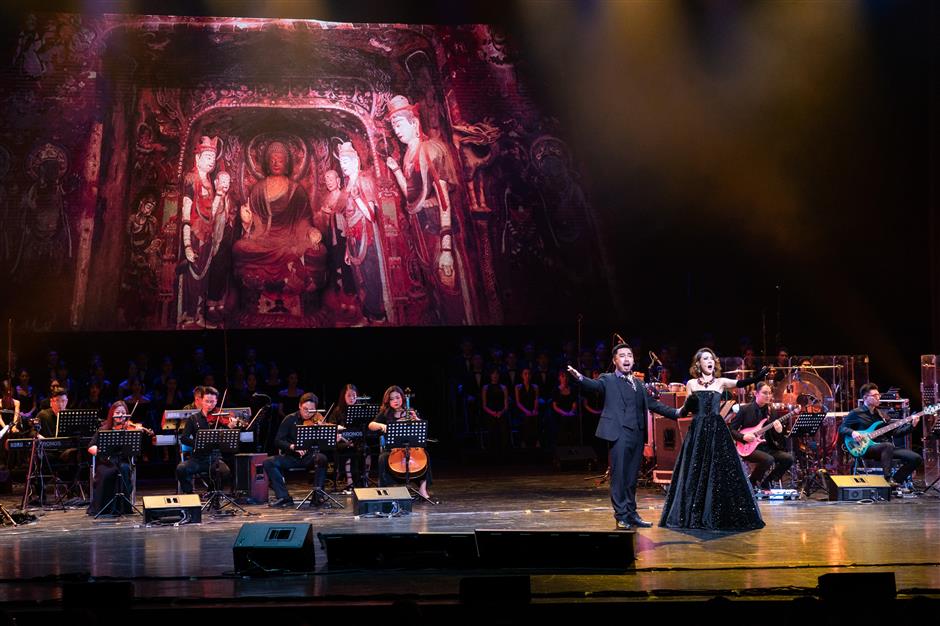 A concert featuring songs from the musical "Flying Apsaras" was held at Shanghai Culture Square.

In the next few years, the production team will continue to improve the storyline and work on stage art and props before the musical is debuted to the public.