Third season of 'Scissor Seven' to air on Netflix

The third season of the original Chinese animated series "Scissor Seven" will start to air globally on Netflix on October 3.

The series will be released with four dubbed languages and 29 subtitle languages. Its music scores will also be presented on overseas platforms like iTunes and Spotify for fans around the world.

Ever since the release of its first season on Netflix in January 2020, the series has become popular among foreign viewers for its appealing story, amusing characters and distinctive Chinese elements.

Directed by He Xiaofeng and produced by Zou Shasha, the third season is about the new journey of Wu Liuqi, an assassin with amnesia, to an unknown kingdom to find out the truth about his real identity and protect the small island where he learns about love. 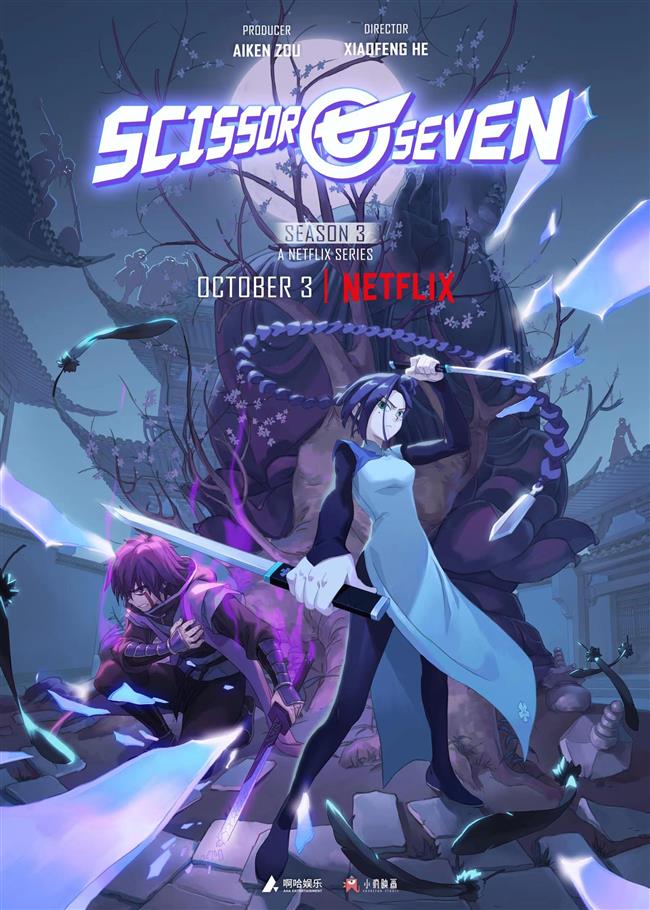