Tale of relationship between priest and young student

The Chinese version of the award-winning play "Doubt: A Parable" is staged at the Shanghai Dramatic Arts Center, 11 years after its last performance.

Written by John Patrick Shanley, the play was originally presented at the Manhattan Theater Club in November 2004. It won the 2005 Pulitzer Prize for Drama and Tony Award for Best Play.

"Doubt: A Parable" tells the story of principal Sister Aloysius' suspicions about an inappropriate relationship between a young male student and a priest called Father Flynn. It is set in a Catholic school in New York in the 1960s.

The play raises questions but doesn't give answers, leaving the audience to grapple with the discomfort of their uncertainties. 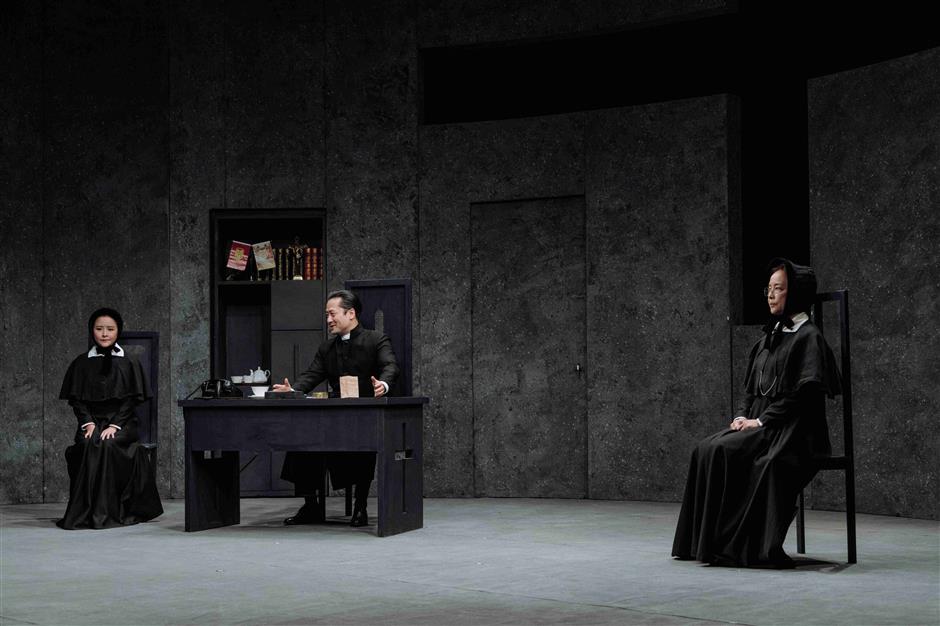 "Doubt: A Parable" tells the story of principal Sister Aloysius' suspicions about an inappropriate relationship between a young male student and a priest called Father Flynn.

In November 2005, after 525 performances at the Walter Kerr Theater in New York, the actor playing the role of Father Flynn asked the audience "who they believed." It turned out few trusted Father Flynn, about half believed Sister Aloysius and another half didn't believe either of them.

In the introduction to the play, Shanley wrote: "Doubt requires more courage than conviction does ... because conviction is a resting place," while doubt "is infinite."

Directed by Lu Rui, the Chinese version stars Song Yining and Liu Peng. Without eye-catching props, the actors captivate the audience by virtue of their strong performances.