Presented by the Guangdong Song and Dance Theater, the production highlights the folk elements and Lingnan culture of southern China. It's set in Shawan Town, Guangdong Province, in the 1930s. And Shawan is considered the home of Cantonese music.

The story centers on Cantonese musicians represented by the He family, and the creation of the well-known Cantonese song "Dragon Boat Racing," as well as the musicians' personal struggles and fighting spirit against an invading enemy during the War of Resistance Against Japanese Aggression. 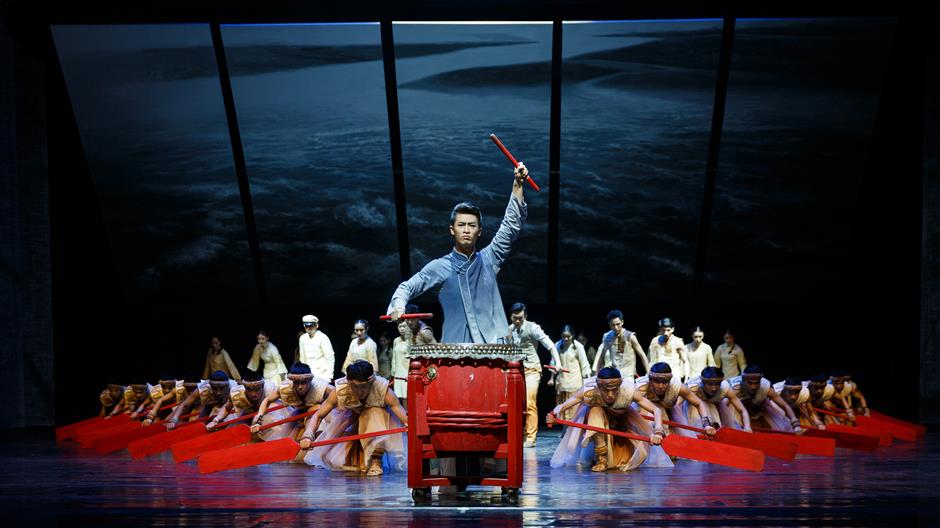 Choreographers Han Zhen and Zhou Liya combined Chinese dance with contemporary dance elements, telling a story about music with body language. "Dragon Boat Racing" is an early signature work by Han and Zhou, who are also the creators of the very popular dance drama "The Eternal Wave."

This is the production's Shanghai premiere. Shanghai International Dance Center Theater had been inviting the show to the city since 2016, two years after its debut in Guangzhou.

The show stars popular dancers Li Xing and Li Yanchao. "Dragon Boat Racing" was the first drama dance in which the duo ever performed. 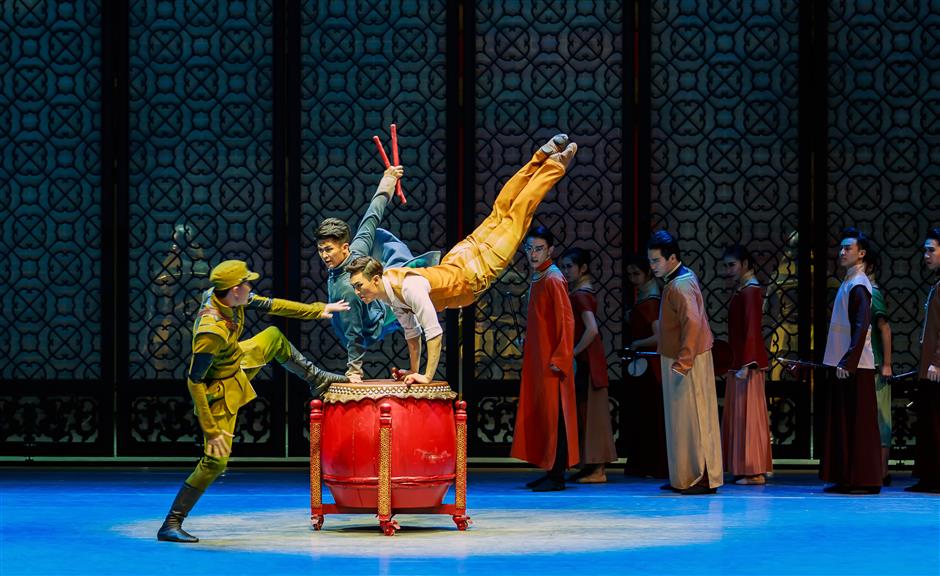 Though the production debuted in 2014, this is its Shanghai premiere.