Original immersive drama "Secret" made its debut on Wednesday at the Reder Theater inside Sihang Warehouse in Shanghai.

Set around 1941, the drama is centered on both the city's underground members of the Communist Party of China and patriotic ordinary people who risk their lives to protect the country and its people.

According to scriptwriter Huang Zhan, it includes two main storylines and enables audience members to interact with the actors.

Audience can be involved in the story, experience different roles' lives and influence the development of the plot.

"We hope that the play will provide an insight into the devotion of our predecessors and evoke people's patriotism," said Huang.

Following "Secret," the Reder Theater, located on the 5th floor of the warehouse, will continue to offer original theater productions based on historical and real-life stories. 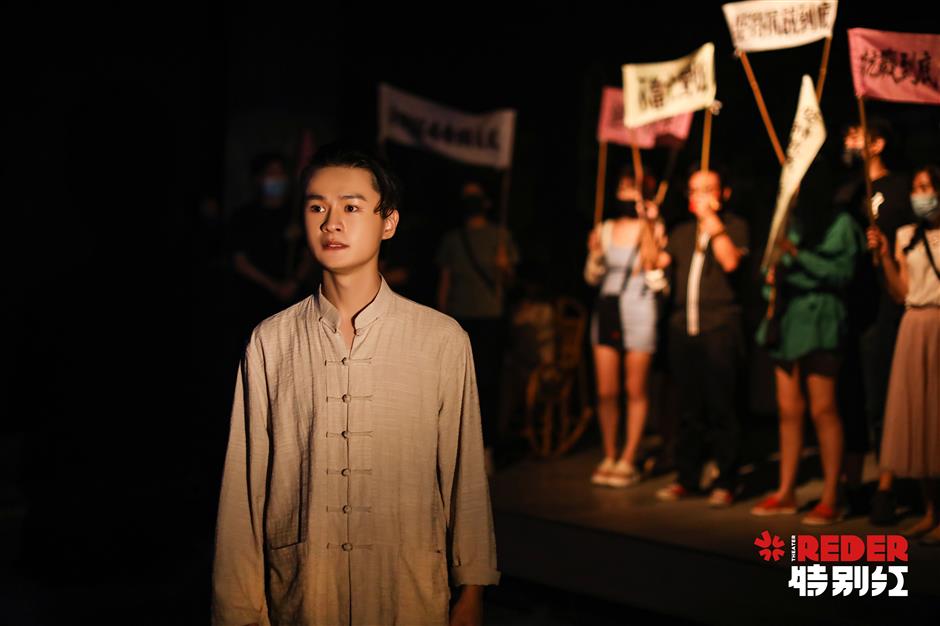 Immersive drama "Secret" is a suspense and spy thriller.