The film directed by Su Da is the latest production of Shanghai Animation Film Studio.

Ever since its debut in 2004, the domestic animated series "Big-eared Tutu" has attracted many fans. In recent years, it has been adapted into the "Dear Tutu" film franchise.

The series and films are centered on the heart-warming story about Tutu's growth and his family.

In the new installment, Tutu and his T-Rex teammates organize a special performance for elderly people. They bring laughter and happiness to old people in need and learn about the fun of doing housework.

The film aims to raise public awareness of caring for the elderly. Painting activities have recently been held at local kindergartens to encourage children to draw the images and stories of Tutu. 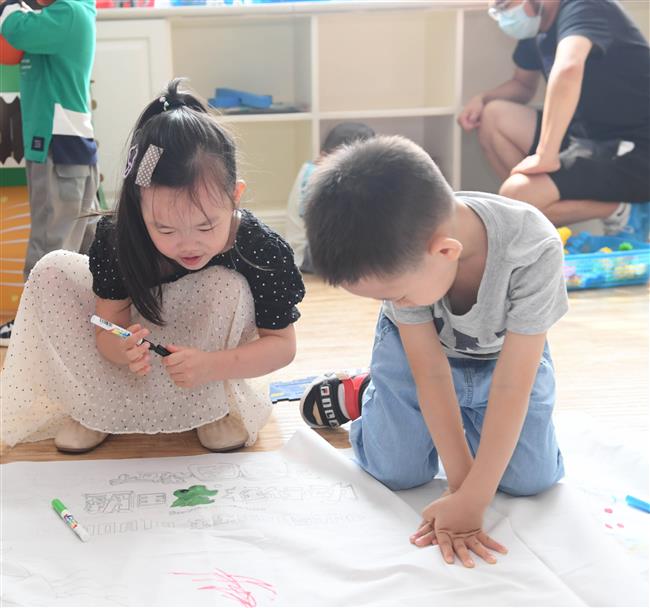 Painting activities were held at local kindergartens to encourage children to draw the images and stories of Tutu.