Tight bonds between pets and owners 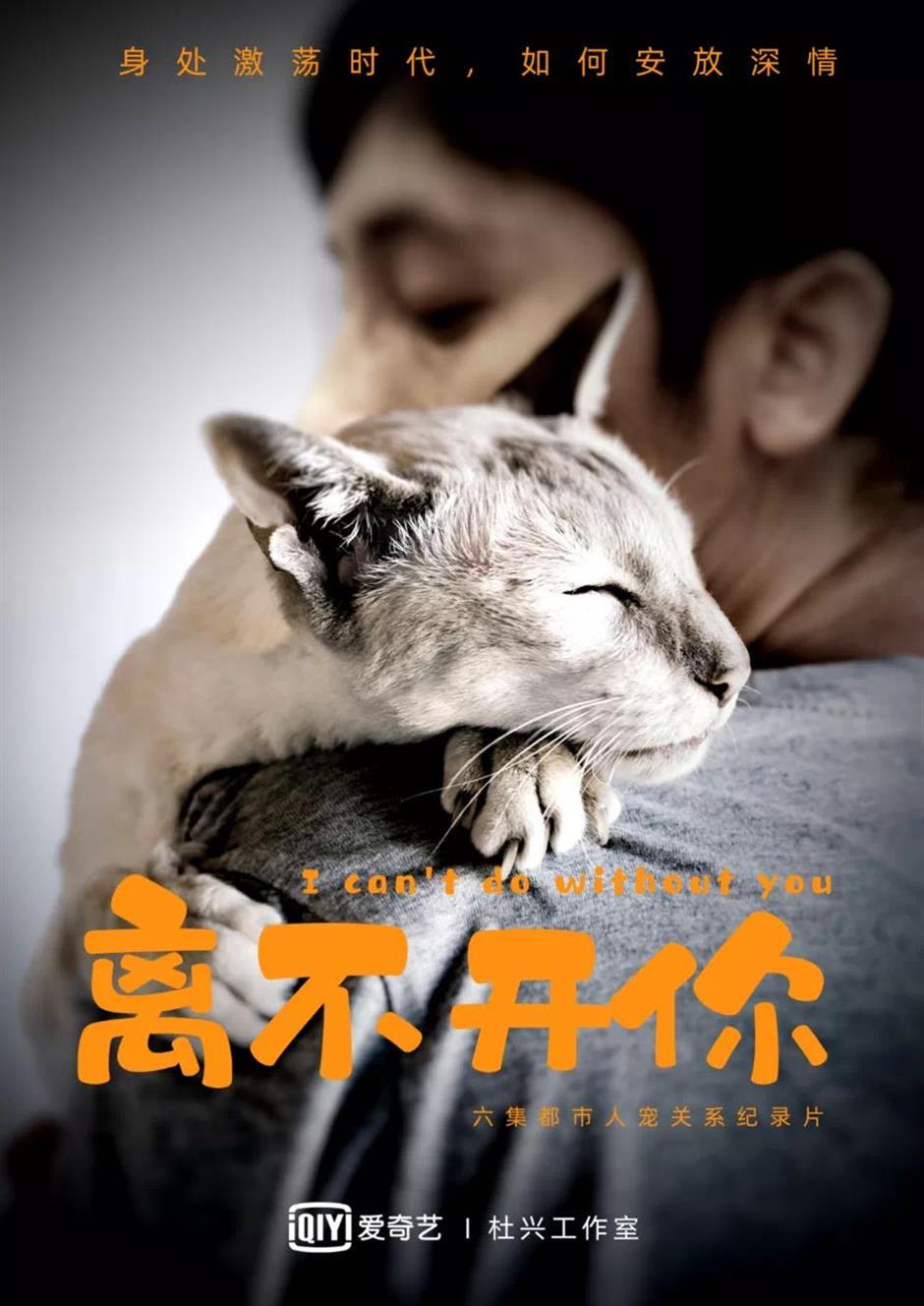 "I Can't Do Without You," a six-episode documentary series tackling the relationship and bond between owners and pets recently aired on streaming website iQiyi's Reality Theater.

The series focuses on touching stories about the important life lessons pets teach people. Heartwarming moments of humans and animals are recorded to display unconditional love.

Different from past documentaries that are mainly about pets' cuteness, the series captures people's dedication when their pets are aging, sick and dying. The animals also teach their human friends about love, trust, responsibility and relationships, as they never withhold their desire to offer support and companionship.

In the series, viewers will be touched by a pet owner who spends many years looking for a missing cat, a woman who always opens the door of her apartment to stray dogs and cats, and the daily work of a pet mortician.

The series doesn't focus exclusively on pets. It also examines topics like the value of life, family, freedom and death. It hopes to help people face death, separation and unexpected circumstances in life.

According to director Du Xing, the series portrays the mutual trust and reliance between humans and pets. It will also inspire people to reflect on life, love and friendship.

It's not the first production of iQiyi's Reality Theater. The theater also produced the documentary series "Touch Out," a true story about the dreams of a young Beijing baseball team.

Mentored by a legendary baseball coach now in his 70s, the players from various family backgrounds overcome adversity in their lives and manage to represent China in a tournament in the United States.

In the near future, the theater will present more documentary works about the warmth and changes in society, as well as the emotions and changes in ordinary people's lives.

Ning Yuqi, director of iQiyi's Documentary Center, noted that documentaries about social reality, food and history are among today's most popular productions. iQiyi plans to make the topics more accessible to young people, and enhance their interactivity with the series.