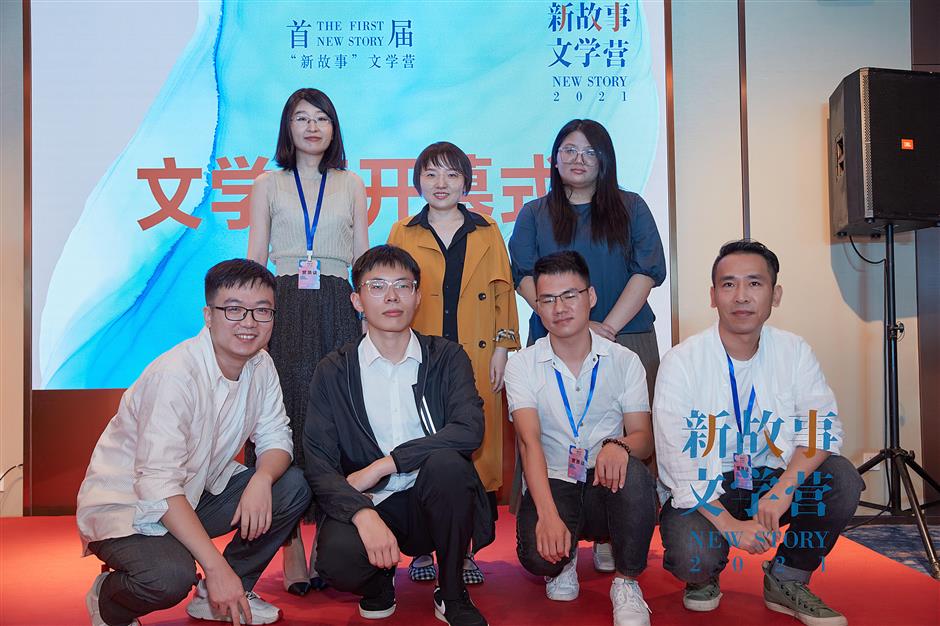 The first "New Story" literature camp was recently held in Shanghai to cultivate promising writers whose works can be adapted into film and television productions in the future.

The camp is a joint effort of Mengya Magazine, Shanghai Phood Cultural Creativity Co., Ltd and Xi'an Film Studio to incubate original stories and foster young talented writers in the country. Over the past two months, it has received around 700 novels in different genres, including suspense, history and fantasy. The writers are from all walks of lives. Among them are a company worker, primary school student and scriptwriter.

Gui said he judged works based on whether they brought new experiences related to contemporary life and had distinctive insight into those experiences. Mao noted that writers will be encouraged if their novels are put onto the big screen, but thinks they should still focus on their own literary creative process rather than film adaptation in order not to limit their imaginations.

Experts also suggest young writers find inspiration in real-life experiences. They should be good observers of different people's lives, and have strong sensitivity to social changes.

The camp is regarded as a good platform for young writers to display their talents and passion, and have exchanges with veteran scribes for new ideas and growth.

Young scriptwriter and writer Qing Xie, a camp participant, said the camp reminds him of his school days. Insightful comments from judges have encouraged him to move on down the road of writing.

Qing's novel "The Death of A Genius In Love" won the top award and 30,000 yuan for future creations. It will be adapted into a series by Shanghai Phood and a film by the Xi'an Film Studio. Shanghai Phood purchased the series adaptation copyright for one million yuan. The series is expected to start shooting next year.

Other awarded novels include "Thanks, Dad," "The Story of the Qi's Army" and "Hooligan of A Foreign-invested Enterprise." They impressed judges with their innovative stories, vivid characters and beautiful language.

"In addition to the annual 'New Story' literature camp, we are also considering collaborating with colleges to host camps for scriptwriters," said Song Xifei, deputy general manager of Shanghai Phood.

In recent years, Chinese series and films have made big strides in terms of storytelling and artistry. More Chinese production companies are becoming aware of a story's importance.

Young, talented writers now have more opportunities to be discovered and cultivated at cultural events. Outstanding works can be introduced to a wide audience through streaming websites and international film and TV festivals.