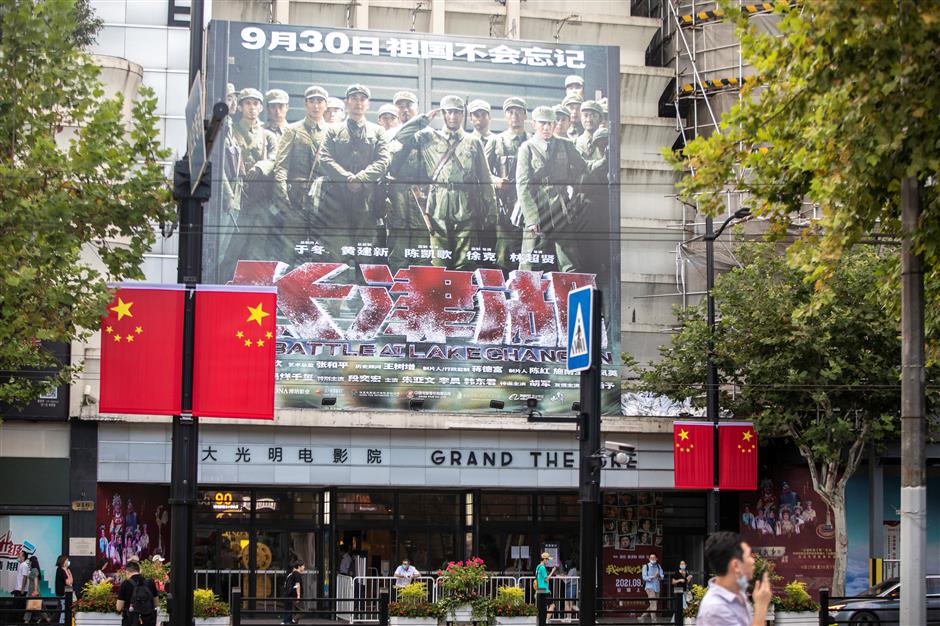 A poster of movie "The Battle at Lake Changjin" is seen at Grand Threatre in Shanghai on September 30, 2021.

Co-directed by Chen Kaige, Hark Tsui and Dante Lam, the film ended its third day of screening with over 433 million yuan (about 66.77 million U.S. dollars).

Set in the War to Resist U.S. Aggression and Aid Korea (1950-1953) and headlined by Wu Jing and Jackson Yee, the film tells the story of the Chinese People's Volunteers soldiers fighting bravely under freezing temperatures in a key campaign at Lake Changjin, or Chosin Reservoir.

It was followed by patriotic anthology "My Country, My Parents," which ranked second with a daily box office of 161.58 million yuan.