Feeling blue about having to go back to work after the holiday? A comedy play, titled "I Don't Want to be Friends with You," will have you smiling again.

It will be staged at the Shanghai Dramatic Arts Center from October 14 to 24.

Adapted from the TV series of the same name, the play tells the story of a high-school student named Li Jinbu, who travels through time and space to return to the past and meet her mother Li Qingtong in her youth.

Both of them are 17 years old and become close friends. The experience allows Li Jinbu to get to know her mother better and soften the mother-daughter relationship.

"We selected some parts of the TV series and added some new plots," says He Nian, the director.

The play is produced by the comedy brand "League of Comedians," which was jointly created by the Shanghai Dramatic Arts Center and Joy Entertainment. It stars Qian Fang, Zhou Ye, Liu Xuanrui and Wang Jiabao.

"When I watched the TV series, the mother-daughter relationship touched me, especially after having my baby," said Qian, who plays the role of the mother Li Qingtong.

"The family relationship in adolescence is a hot topic, which many in the audience will connect with."

He and Qian are old partners. Cooperating with each other in the past decade or so, they have presented several widely-acclaimed comedies such as "The Deer and the Cauldron," "My Own Swordsman," "Romeo and Zhu Yingtai" and "21 Carat."

"When we were young, we liked the feedback from audiences," said He. "We liked seeing them laughing heartily. But now, we pay more attention to sending messages to audiences.

"We hope they can call our comedy to mind and ponder over it in one day, two days and three days after the show, which hopefully makes a small difference in their lives." 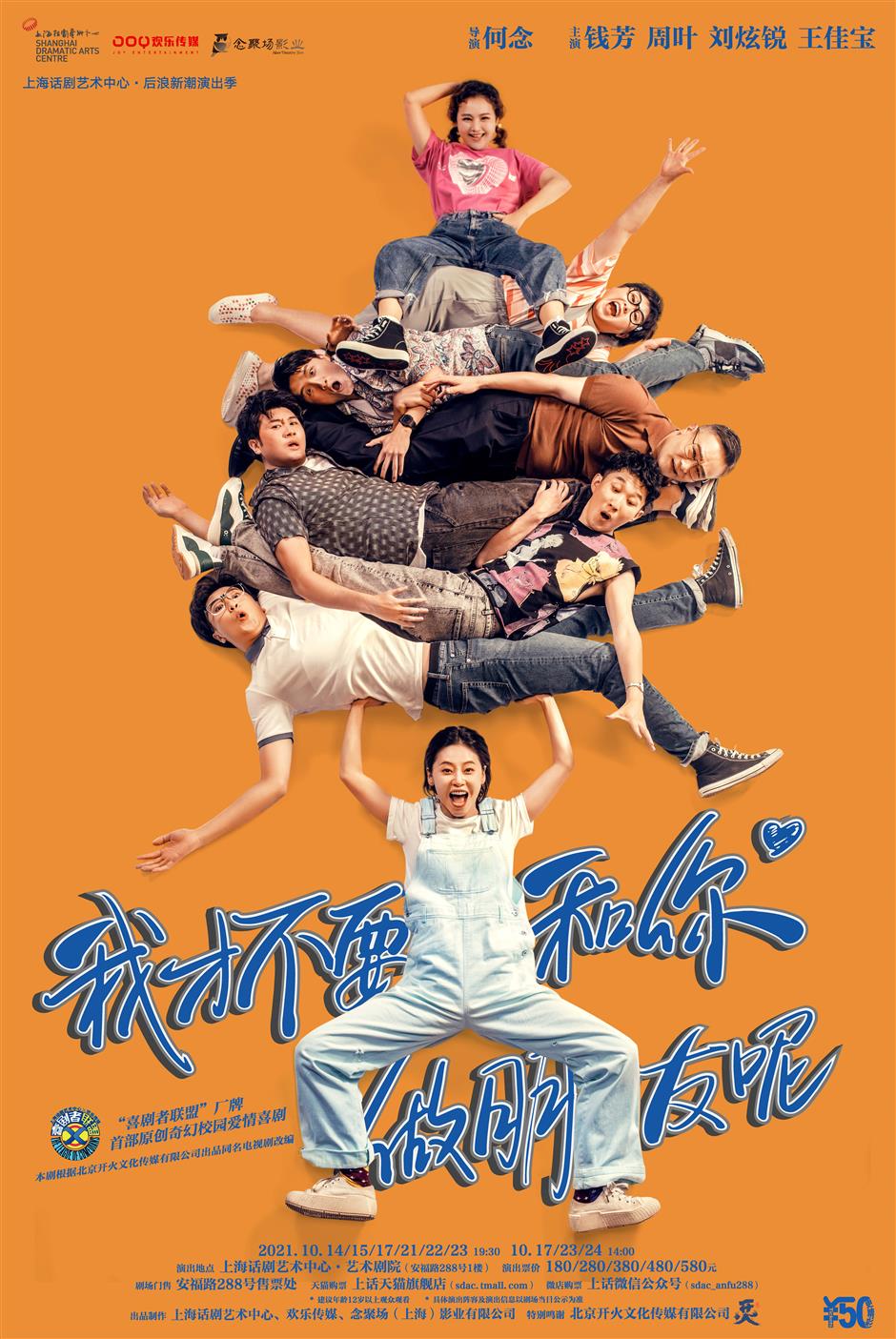 A poster for "I Don't Want to be Friends with You"