Since its opening in 2019, the Nine Trees Future Art Center in Fengxian District has become a cultural brand in Shanghai.

Despite challenges from the COVID-19 pandemic, the center has hosted more than 600 performances, attracting around 700,000 people over the past two years. Nature, art and technology are combined in the designs of the three chamber theaters, forest theater and waterfront stage.

The center recently announced new plans and programs for 2022 with the theme "Live With Art." In addition to theatrical performances, it will offer dining, cultural and creative products and entertainment. 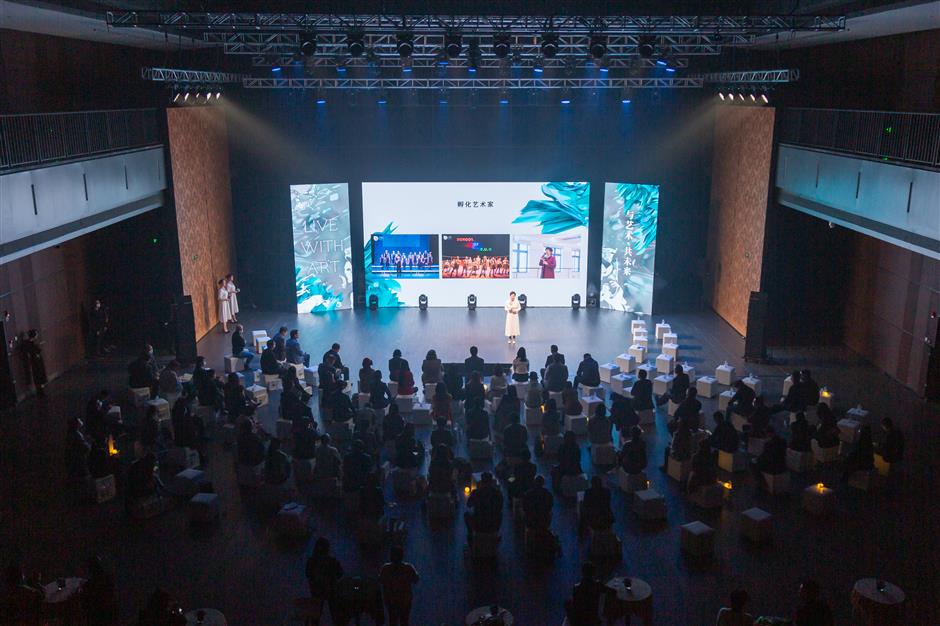 Musicians and artists are invited to inaugurate new programs for 2022 at the Nine Trees Future Art Center.

The year 2022 marks the 50th anniversary of bilateral diplomatic relations between China and the United Kingdom. To celebrate the occasion, the center has initiated a long-term strategic partnership with the Royal Philharmonic Orchestra. Musicians from the orchestra will be invited to perform in the city, while engaging in art education and cultural exchange programs.

The center will continue the artist-in-residence program to attract promising artists and propel art exchanges from across the world. In April, it will begin a spring music season themed on classical music, with creative crossover interpretations of classic songs.

State-of-the-art technologies will be incorporated into some small-theater performances. With the help of virtual reality technology, audiences will be immersed in stage scenes of experimental plays including "Mr Heidong" and "Everyone Is Lonely."

The Confucius Culture Week will also be staged next year at the center. The China National Opera and Dance Drama Theater will bring the acclaimed dance drama "Confucius," depicting the life and philosophy of the great thinker. Lectures on Confucian culture and bazaars with ancient Chinese literature classics will be held at the same time.

The center has been devoted to the incubation of original plays and cultivation of young artists. A variety of plays, including the Yueju Opera "Love Between Mountain and Sea" and musicals "The Long Night" and "Loyalty," get financial help through its platform. Next year, more cultural content will be developed.

Additionally, the center will collaborate on art education with the city's music, theater and dance institutions. Music salons and script reading workshops will be hosted to promote art and cultivate interest among young people. More outdoor performances at the forest theater and waterfront stage are planned for next year to improve human relationship with nature.

So far, 29 celebrated artists have been invited to join the center's artists committee. Among them are musicians Tang Muhai and Lang Lang and ballerina Tan Yuanyuan. In the future, the center hopes to develop an all-round art community beyond the scope of the stage for people of all ages.