'Romeo and Juliette' in Chinese action on a high note

A Chinese production adapted from the French musical "Romeo and Juliette" debuts at SAIC Shanghai Culture Square today, flavored with local elements such as Chinese dance and exciting action scenes.

The Chinese-language musical is presenting 25 performances for Shanghai audiences through December 19. It will then kick off a national tour, with shows in Beijing, Hangzhou and Shenzhen. 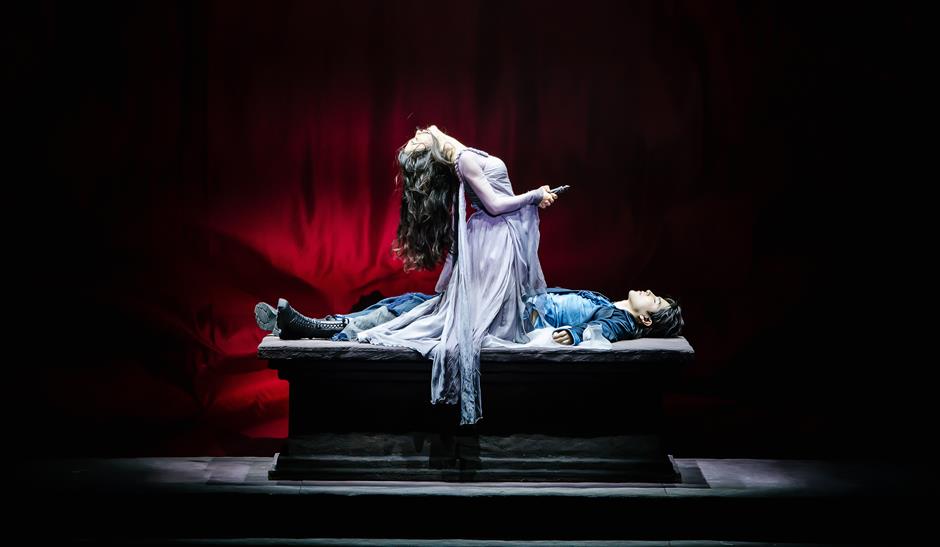 The Chinese-language musical runs through December 19.

French director and choreographer Carl Portal, a member of the original musical's creative team, has been working with the Shanghai crew since September.

"I'm impressed by the tumbling skills of the dancers, who have enabled me to enrich the choreography of the Chinese adaptation, making the action scenes even more exciting than the original version," he said.

"The actor who plays the role of 'Death' is highly skilled at classical Chinese dance. He is the most beautiful 'Death' of all the previous versions, and his character turns out to be the closest to my assumption," Portal added.

The musical stars four sets of performers to play the protagonists Romeo and Juliette, including musical stage star Ayanga. 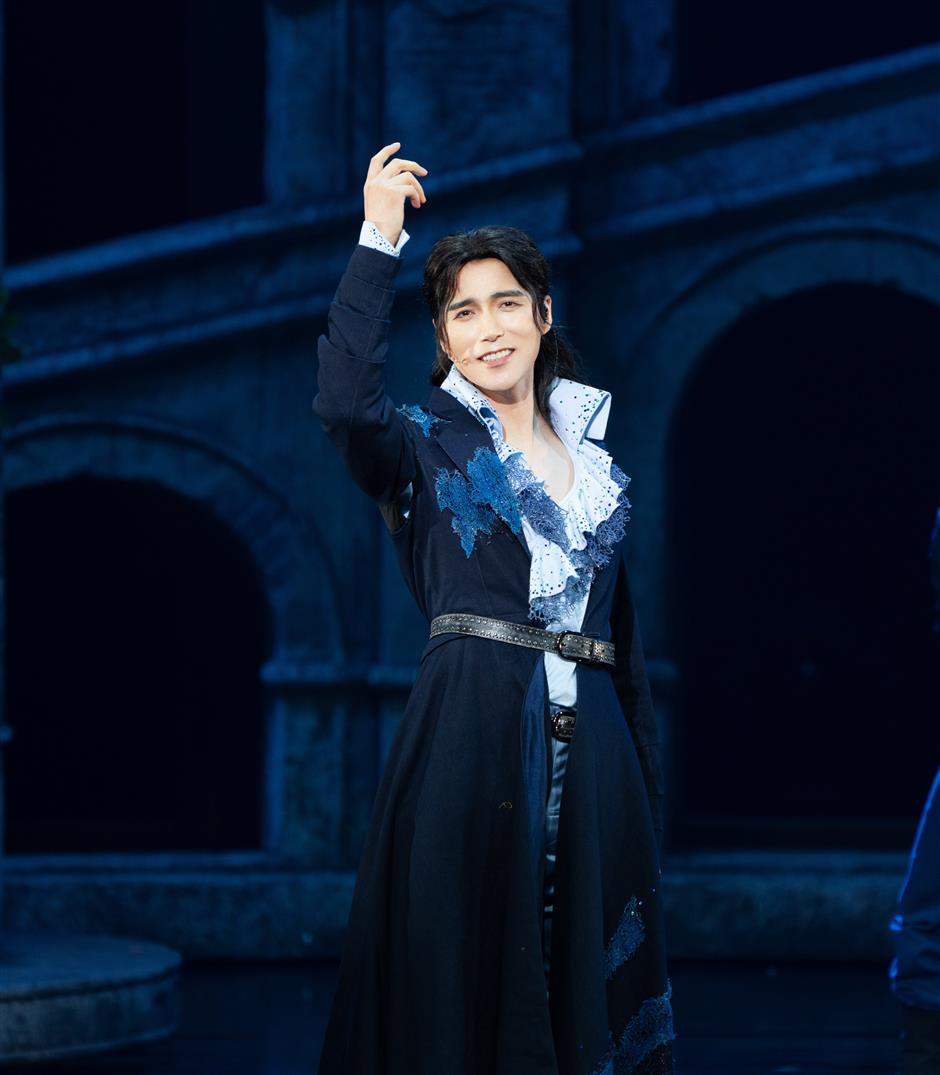 The lyrics team spent much time on the translation of the original lines by Gerard Presgurvic, who also composed the original musical.

The French version of "Romeo and Juliette" met domestic audiences for the first time in 2012, with 12 performances staged in Shanghai.

"There is a reason why French musicals are popular among Shanghai fans," said Fei Yuanhong, vice general manager of SAIC Shanghai Culture Square. "The grand spectacle, the contrast of colors used on stage are attractive and match the Shanghai audiences' taste."

He added: "The pandemic interrupted our efforts to import foreign musicals. However, the unusual circumstances made it easier for us to acquire the right to adapt the French production."

Beijing-based Joyway Culture is the joint producer of the Chinese adaptation.

"We kept the original taste of the musical but attempted to localize the classic work," said Qiao Jing, president of Joyway. "The costumes are adjusted to fit Asian actors. As for music, we added new instruments to make the songs more modern."

Both Fei and Qiao agreed that the adaptation has made them better understand the production progress and value of classic musical, which will help in future cross-cultural projects.