Six-hour adaptation of a Chinese literary classic opens this weekend

Shanghai Dramatic Arts Center's self-produced play "The Dream of the Red Chamber" returns to the stage this weekend, interpreting Eastern aesthetics for audiences.

The six-hour play, based on the famous Chinese classic of the same name, premiered at the arts center in September. Stepping onto a larger stage at SAIC Shanghai Culture Square this week, the creators made some adjustments to the script, costumes and lighting to fit the theater. 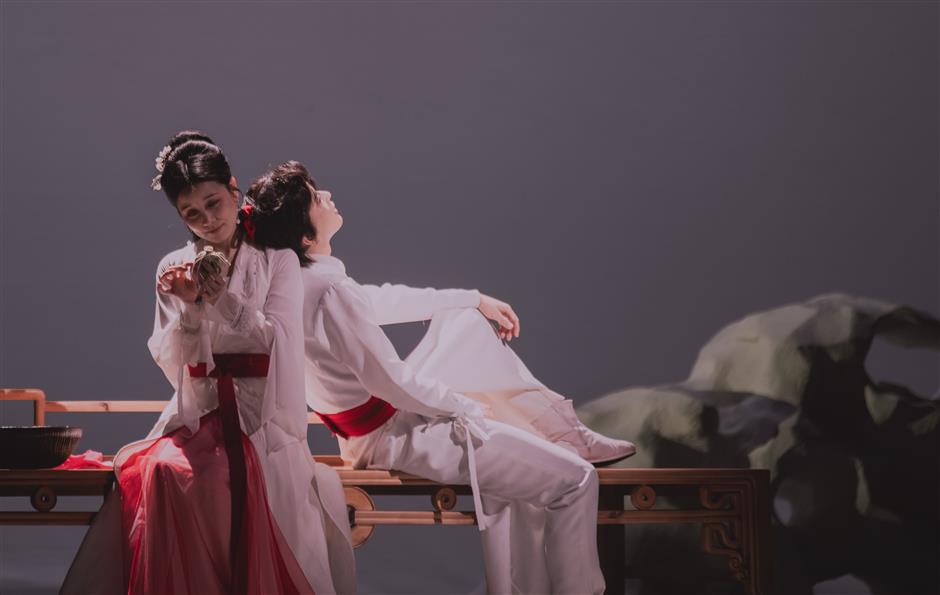 "The Dream of the Red Chamber" will be staged at SAIC Shanghai Culture Square on Saturday and Sunday.

The focus of most discussion after the premiere round of performances was the length of the play. At Culture Square, the first half of the play will run from 2pm to 5pm, with an interval. Audiences will be given time for dinner and then return to the theater for the second half, which runs from 7pm to 10pm.

"According to feedback from the premiere-round audience, time is not an issue," said Yu Rongjun, artistic director of the dramatic arts center and also the playwright of "The Dream of the Red Chamber."

"The original story is a literary classic, which is totally worth six hours. What I am concerned about most is that some audiences might walk into the theater with a stereotyped impression of the work," Yu added.

The play, which lasts for six hours, premiered in September.

He continued: "Every audience member has their own understanding of the literary classic and interpretation of its characters. We can't satisfy everyone, but we hope audiences can walk into the theater with an open mind, and get involved in the phenomenon we create in the theater on their own initiative instead of waiting to be impacted."

According to stage designer Liu Xinglin, neat and simple are the key words of the stage setting, which follows contemporary aesthetics. White is the base color of all costumes.

"The essence of 'The Dream of the Red Chamber' can be concluded as indirect and fictitious, a kind of Eastern aesthetics," said Liu.

"I don't want to 'fill up' the audience's mind with complicated stage design, like projection. Instead, I want to give them adequate space for imagination. This play has a threshold for the audience." 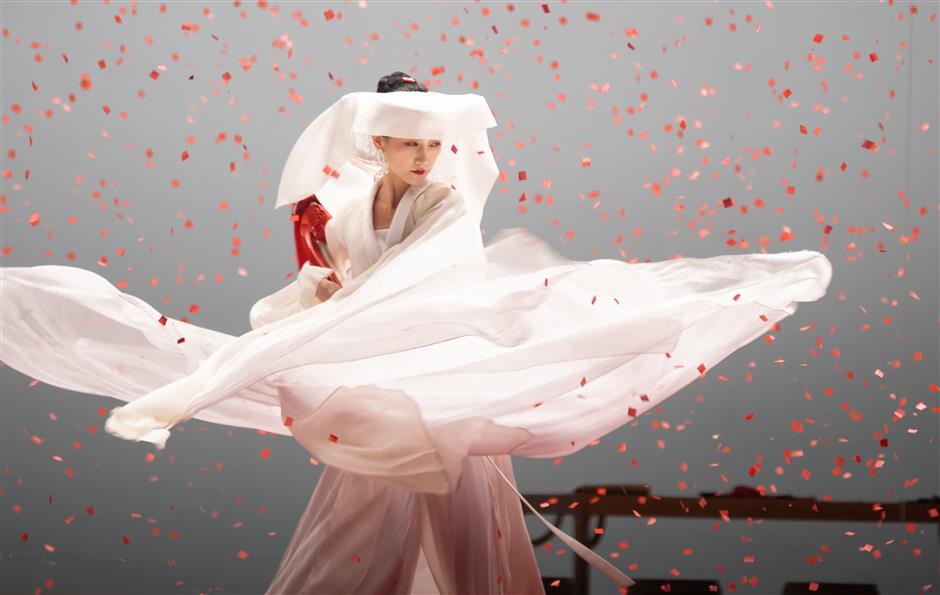 White is the base color of all costumes.

Director Cao Yan believes "The Dream of the Red Chamber" is a philosophic tragedy which showcases the battle between free will and irresistible fate. The protagonists experience frustration, sense nihility, make self-examination and get relieved.

The director hopes audiences can follow the characters' emotions and mental status and can trigger their own thinking about life.

Neat and simple are the key words of the stage design.