The epic war film "The Battle at Lake Changjin" has set a new Chinese box office record, and the producers announced they will make a sequel.

The film has brought in more than 5.76 billion yuan (US$902 million) since its release on September 30, and so far topped global and Chinese box office charts for 2021. It has outperformed the 2017 military film "Wolf Warrior 2," making it the highest-grossing film in Chinese history.

With a budget of more than 1.3 billion yuan, the film is also the most expensive in the history of Chinese cinema. It's part of Bona Film Group's "China's Victory Trilogy," along with spy thriller "The Unknown" and "Chinese Doctors," a film that pays tribute to medical workers' fight against COVID-19.

Many viewers were deeply moved by the sacrifice and fearless spirit of the People's Volunteer Army of China during the Korean War (1950-53). Despite brutally cold conditions, Chinese soldiers won the battle at Lake Changjin, regarded as a turning point in the war.

After watching the movie, many paid respects to the fallen at Shenyang Martyr's Cemetery.

According to Yu Dong, chairman of Bona Film Group and the film's producer, with more than 70,000 extras involved in the shooting of the film, it has created new standards for the Chinese film industry.

"The success of the movie has also strengthened our confidence in making more outstanding Chinese blockbusters whose performance is not even slightly inferior to Hollywood mega-productions," Yu said. 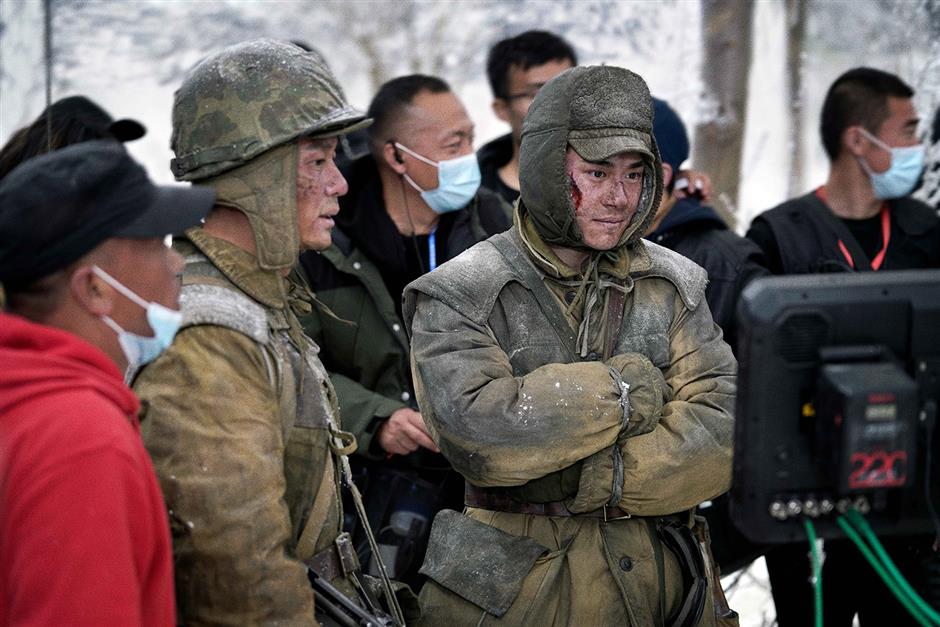 "Water Gate Bridge," a sequel to "The Battle at Lake Changjin," is in production with the same cast and crew.

Production for the sequel – "Water Gate Bridge" – is under way, with a cast and crew that's much the same as the original.

Produced by Huang Jianxin, it will again be co-directed by Chen Kaige, Hark Tsui and Dante Lam. Acclaimed actors Wu Jing, Yi Yangqianxi and Duan Yihong star in the film.

The sequel focuses on the new mission and story of "Company Seven" after the key battle at Lake Changjin, also known as Chosin Reservoir.

A large amount of footage shot during the production for "The Battle at Lake Changjin" will be used in the sequel.