Cyberspace at year end was boiling hot again when the Chinese-American singer-songwriter and actor Wang Leehom was accused by his ex-wife Lee Jinglei of emotional abuse, multiple extramarital affairs and frequent solicitation of sex workers during their eight-year marriage in a long letter on the Internet.

Wang's public image of a good husband and father collapsed overnight, and one day later the automaker Infiniti announced in a statement that it's terminating its partnership with Wang. The star, who attended a car endorsement event just one day before his ugly divorce drama was exposed, was the brand's Chinese ambassador for just two days. 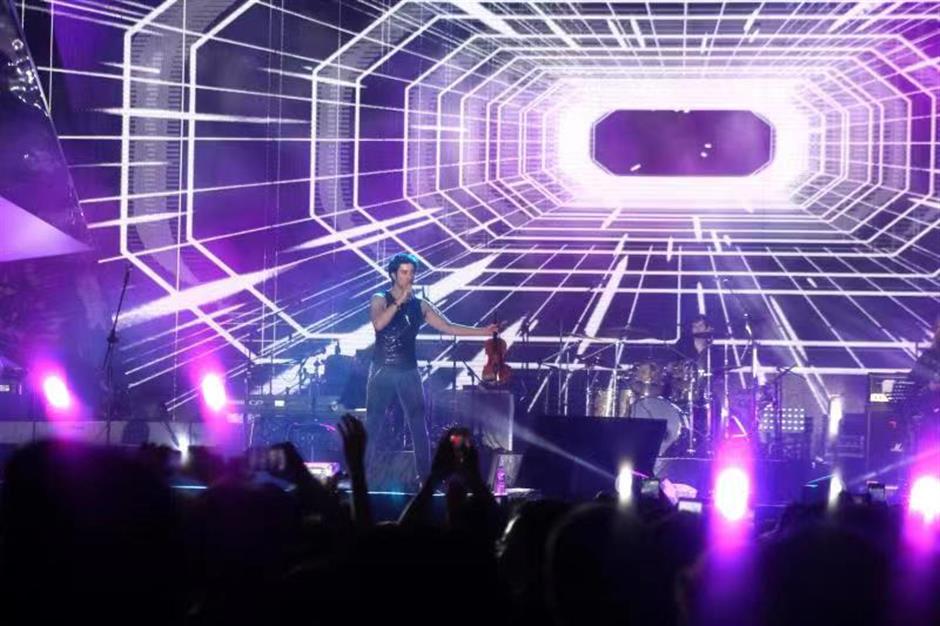 Chinese-American pop star and actor Wang Leehom at the West Bund Music Festival in Shanghai in 2014. Automaker Infiniti terminated its partnership with Wang after his misconduct was exposed on the Internet.

It's no exaggeration that the year of 2021 was a seething cauldron of some of the biggest showbiz scandals in the country, and also a busy season for a long list of luxury brands to drop those scandal-mired celebrities and pop stars.

In August, actor Zhang Zhehan, who caused a huge controversy due to his visit to the Yasukuni Shrine in Japan, was boycotted by the industry and Chinese people. The 30-year-old, who rocketed to stardom for six months, lost all of his endorsements within four hours, quickly abandoned by the market.

It was just one month after the hangover of super idol Kris Wu's scandal. Following accusations of rape and sexual misconduct by several women, some of whom were underage, Wu was arrested in July. As the poster boy with one of the most valuable faces in China for some of the world's biggest luxury brands, he was soon discarded by Bulgari, Porsche and Louis Vuitton.

Actress Zheng Shuang is another notable example, embroiled in scandals since January when her former boyfriend accused her of abandoning their two children born to a surrogate mother in the United States after they broke up. Various brands, including Prada, deserted her.

However, the quick contract terminations with pop stars who committed misdeeds don't imply these brands are off the hook.

Louis Vuitton was the last among big global brands to announce a halt to its partnership with Wu, and its official Weibo account was flooded with wrathful netizens and their volleys of angry questions. "Why do you invite a rapist as your ambassador?" wrote one Weibo user under the termination post. "Until now? Is it too late?" another asked. 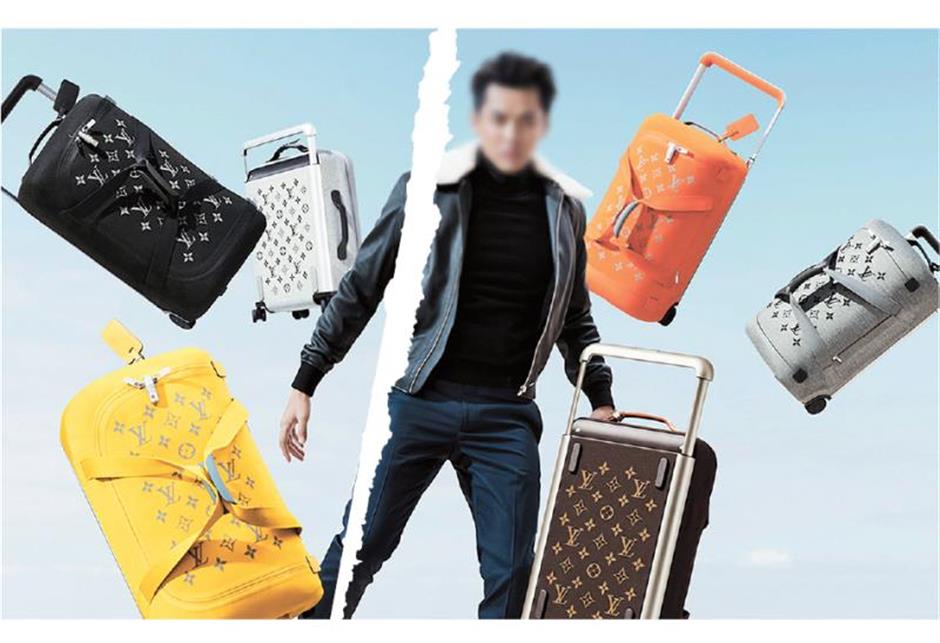 Louis Vuitton halted its partnership with Chinese-Canadian pop star Kris Wu in July after he was exposed for committing rape and sexual misconduct.

Partnerships between luxury brands and pop stars can be traced back to 2014, when the aftermath of the financial crisis and the anti-corruption crusade on the Chinese mainland brought the country's luxury industry into "winter" for a short time.

A report by Bain & Company pointed out that in 2014, the scale of China's luxury market dropped by 1 percent compared with 2013, showing the industry's first negative growth in the 21st century. Its growth rate plummeted from 30 to 7 percent in 2012.

Young idols such as Wu and Lu Han, who were trained rigorously for years to dance, sing and rap in South Korea, returned to China in 2014 for development, while some other local actors and actresses rose to fame due to youth idol dramas. At that time, global luxury brands took a cautious approach to working only with A-list stars who had good public images and representative works.

But the explosion of social media changed it all. Stars no longer had to have award-winning works. They reaped millions of die-hard fans by joining reality shows and creating buzzes through various social media platforms, reshuffling the domestic entertainment industry and marching into an era of "Internet data" primarily determined by readings, visits, remarks and clicks.

Luxury brands soon sensed the industrial shift. Stars with the most popularity on the Internet could help brands gain more attention, and their devoted fans, though not necessarily target customers, could help hype brands their idols endorsed. In addition, the shift fostered potential high-end buyers among the younger generation.

With the recovery of the Chinese luxury market after 2016, which has maintained its prosperity, global luxury brands have been flocking to China, with more brands, investment and demand for celebrity endorsements.

Big brands became bold and aggressive with high profiles. A brand might have a star-studded list of "friends," "spokespeople" and "ambassadors" for different lines, products and collections.

Take Dior, for example. The French fashion powerhouse has the largest celebrity family, from established actors and actresses to new-generation idols who endorse its ready-to-wear, beauty and fragrance lines.

The brand is also an old hand at Web celebrity management. For Weibo alone, it has opened accounts for fragrance, skin care and beauty in addition to its official account. According to CBNData statistics, last year Dior led the pack with a total of 70.24 million remarks, reposts and thumbs-up, far more than any other luxury brand.

In 2019, Prada named Chinese singer Cai Xukun, 23, who has more than 360 million fans on Weibo, its Chinese brand spokesperson. The luxury brand's ambition was clear – to rejuvenate and restore growth in the lucrative Chinese market with the emerging Generation Z, quickly becoming the country's driving force behind luxury consumption.

Cai has stirred controversy due to his performance skills, style and personality, receiving backlash from netizens who perceived a huge mismatch between him and Prada. However, his popularity was indisputable.

Prada's post to introduce Cai has garnered an average of 51,220 likes and 15,987 comments, surpassing the brand's other posts.

When almost every brand seeks partnerships with stars, the investment-return ratio declines. More importantly, brands might go astray to "invite anyone who is popular" without careful background checks.

In September, Rolls-Royce rolled over with one promotion video for Cullinan in collaboration with influencer couple Wan Wan and Lin Han. Rolls-Royce's fans and buyers complained that the controversial Web celebrities brought the brand image down a notch because they have been criticized for their extravagant behavior and reprimanded for passing the buck on a worker's death, which happened during construction of their art museum.

China is the second-largest market for Rolls-Royce, accounting for 20 to 25 percent of its global sales. The luxury carmaker canceled the post, and said in a statement that it "will listen to the public's feedback with sincerity" but closed its remark system. "How do you listen if you don't allow us to comment?" netizens asked sarcastically.

China's Report of Abnormal Web Data 2020 by Miaozhen System's AdMonitor revealed that abnormal online exposure of fashion information is the highest at 17.4 percent. In addition, the report pointed out that abnormal Web data on fashion-industry social platforms reached 58 percent.

"Professional skill, the number of fans, public image, hot topics he or she has to be talked about, and fees would be the order if a brand is choosing an ambassador," said Sissi G., a senior public relations officer, who is managing several luxury fashion brands.

"But all in all, profession and morality are the basic in the showbiz and any other industry. Top idol with extremely high popularity might not be a wise choice. It still needs cool, thorough assessment, a lesson learned for brands and PR agencies from these scandals."