Veteran theater director Chen Xinyi is joining hands with Mahua Fun Age to work on an adaptation of Shakespeare's satirical comedy "The Merchant of Venice."

The new play is scheduled to open to audiences at Shanghai Grand Theater in April.

It's the third time Chen has approached "The Merchant of Venice," which she adapted into a Cantonese Opera years ago.

"I have watched several plays and movies adapted from this comedy, but none of them managed to showcase the 'giant's spirit' of Shakespeare's characters," said the 82-year-old director and scriptwriter, who has directed more than 100 plays throughout her career.

"I love Shakespeare because he represents the Renaissance. His characters are spiritual giants, and his works showcase a reverence toward humanity," she added.

"In other adaptations of 'The Merchant of Venice,' I only saw sympathy for the Jews. In my version, I will highlight justice and virtue." 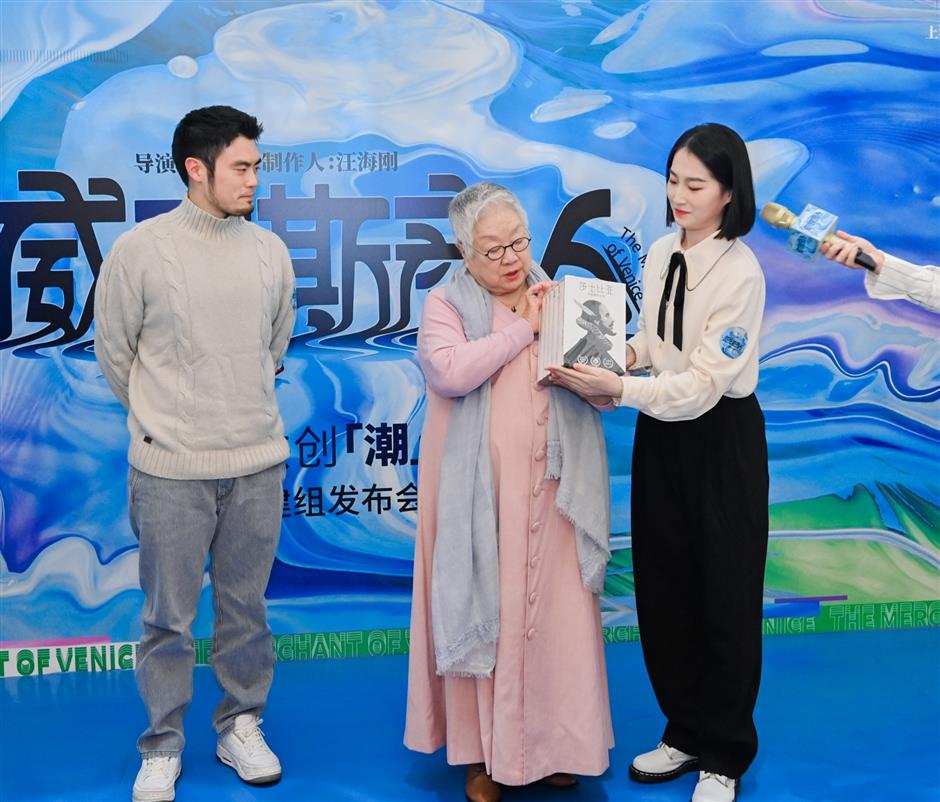 "Director Chen represents a steady strength in Chinese theater creation, while Mahua Fun Age has been popular amongst youth since its establishment in 2003. This will be an interesting collision and cooperation," said Wang Haigang, president of the Beijing-based company and also the producer of this version of "The Merchant of Venice."

Wang said Mahua Fun Age is planning to build its own theater in Shanghai, which is expected to welcome audiences in the second half of 2022. Chen has been named the first artistic director of the new theater.

Chen also gifted each actor of "The Merchant of Venice" with a volume of Shakespeare's selections to encourage them to read more of the literary giant's works.