I take your hand in mine: Russian playwright's drama takes center stage

Russian playwright Anton Chekhov's "I Take Your Hand in Mine" will take the stage of Theater Above in Xuhui District in March and April.

The play is Stan Lai's rendition of Carol Rocamora's work. Rocamora is an American scholar and researcher of Chekhov.

"I Take Your Hand in Mine" is a play suggested by the love letters of Chekhov and his wife Olga Knipper, who was a Russian leading actress at the Moscow Art Theater. The story of the play begins with a discussion of their letters between an actor and an actress who naturally become Chekhov and Knipper while reading their letters. 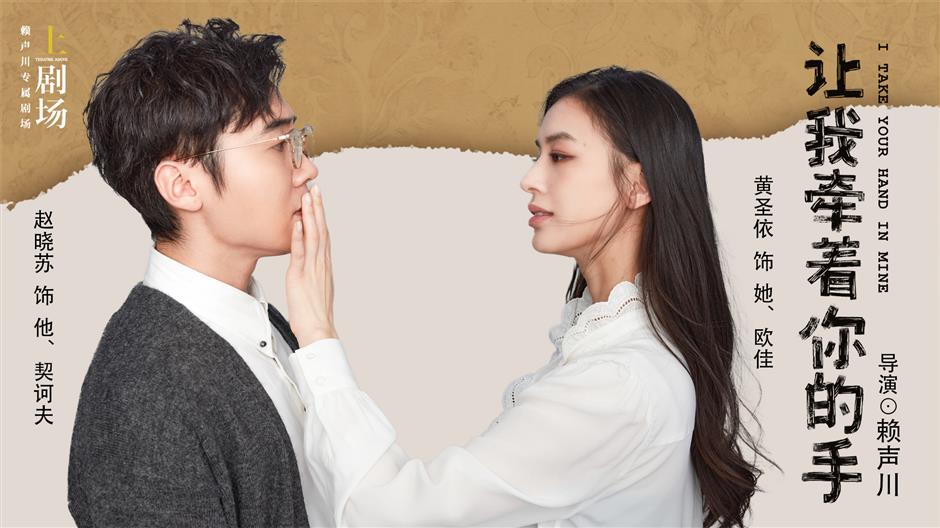 The Russian couple met each other for the first time during the rehearsals for the 1898 production of Chekhov's drama "The Seagull," in which Knipper played the role of Arkadina. Knipper was one of few people that was able to understand the script. They soon became close friends and fell in love with each other.

However, unlike normal lovers, they were in a long-distance relationship. Chekhov went south from Moscow to Yalta for the good of his health whilst Knipper had to stay in Moscow for an extended period to perform and tour for her theater career.

They communicated through letters, which were filled with passionate longing for each other as well as their dedication to the art of theater. They signed their letters: "I take your hand in mine ..."

Featuring around 800 love letters, the play traces their story from their first meeting to the night Chekhov died, although it only lasted for six years.

"You don't need to be Russian to understand their story," said Rocamora. "It's human, it's universal, it transcends the boundaries of nationality, race and religion. You will celebrate their joyous moments, and you will suffer with them in their sorrowful ones."

Chekhov is one of Lai's favorite writers.

"Chekhov is my teacher," said Lai. "He teaches me drama as well as life lessons."

Regarding the Russian as his soulmate, Lai has spoken of the profound influence Chekhov has had on his career over the past 30 years. Lai thinks that the seemingly mundane plots in Chekhov's plays are a return to the essence of life.

After its debut in Shanghai, the play will embark on a nationwide tour in Beijing, Shenzhen, Xiamen, Xi'an and Hangzhou in April.