Violinist to put on New Year's concert with ensemble

Violinist Wang Zhijiong and her Ensemble Epoch will present a New Year's concert at the Shanghai Grand Theater on January 5, during which Wang will take the roles of conductor and soloist.

Established earlier this year, the 13 members of the ensemble are graduates or undergraduates of the Shanghai Conservatory of Music. Some of them have overseas competition and study experience.

Despite their varied personalities, their similar educational background and understanding of instrument techniques help them to cooperate more smoothly.

It has been Wang's dream for a long time to organize an ensemble. Their music varies from Baroque to avant-garde, as Wang hopes the young ensemble can "showcase the contemporary features of classical music" in innovative performing styles.

Wang first performed at the Grand Theater at the age of 15 in 1998 when the theater had just opened. This will be the first time for Ensemble Epoch to perform at the theater.

The first half of the concert will feature an overture from Johann Strauss' operetta "Die Fledermaus," "Künstlerleben," "Rosen aus dem Süden," "Annen-Polka" and "Kaiser-Walzer."

Programs in the second half of the performance include Brahms' "Hungarian Dances," Manuel de Falla's "Ritual Fire Dance," Bartók's "Romanian Folk Dances" and Tchaikovsky's "The Nutcracker." 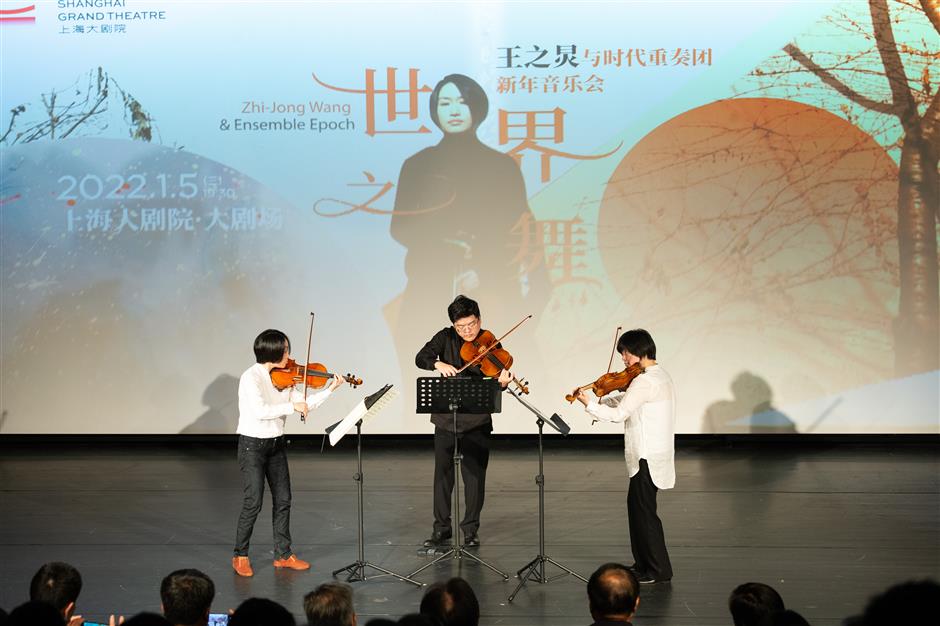