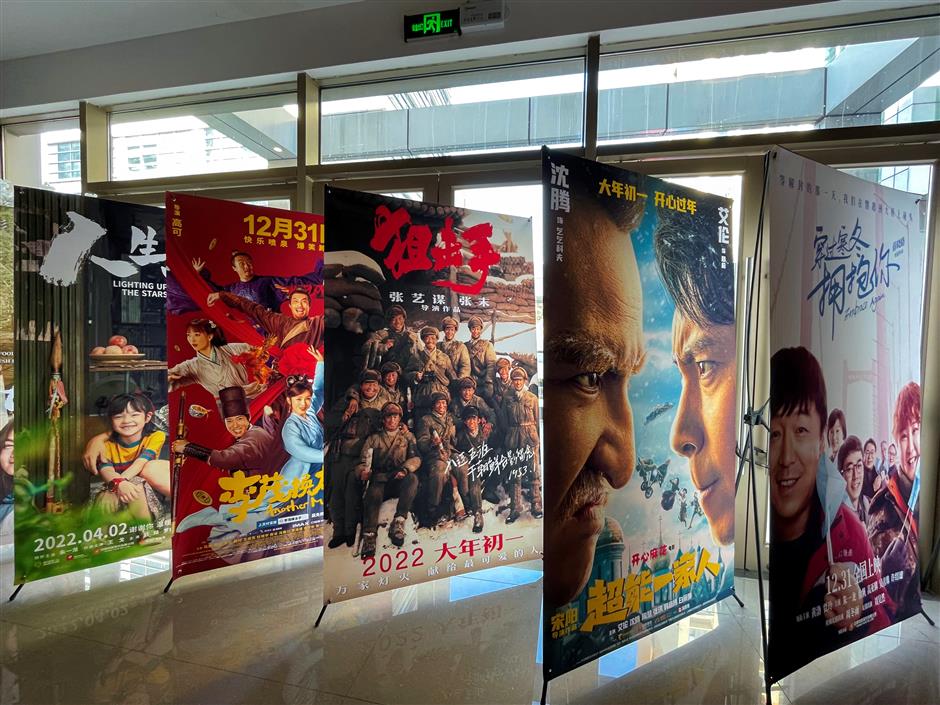 Posters in a movie theater in Changsha, capital of central China's Hunan Province, on January 3, 2022.

The fruitful gains were scored despite strict COVID-19 containment measures in place during the holiday that ended Monday, with cinemas in low-risk areas capping their attendance rate at 75 percent while those in medium and high-risk areas remained closed, according to the film administration.

Domestic drama "Embrace Again" topped the box office chart during the three-day holiday with an earning of 319 million yuan. It has raked in 590 million yuan since its release on the eve of the New Year, according to the administration.

The film revolves around stories of a group of ordinary people during the COVID-19 lockdown in Wuhan, spotlighting people's mutual support during the trying times in early 2020.