TV series on speed skating is a winner

Sports drama "Chao Yue," or surpass, is currently running on Dragon TV and streaming websites iQiyi and Youku. It is being praised for its in-depth depiction of the lives of Chinese athletes.

The 29-episode series is directed by Zhang Xiaobo, known for the urban drama series "Nothing But Thirty" and "A Little Dilemma," highlights the growth and efforts of China's three generations of short-track speed skaters.

The series includes an episode on the young skater Chen Mian, who will be competing at the Beijing 2022 Winter Olympic Games. It reflects on her never-yielding spirit and her passion for sports.

Li Gengxi, a 22-year-old actress, plays the role of Chen. The series also stars veteran actors Hu Jun and Sha Yi as former athletes and coaches. It pays tribute to generations of Chinese sports heroes who gave their all for the glory of the nation in difficult conditions.

The episodes end with interviews with professionals. They narrate their experiences in the international arena and the rapid development of the sport in the country.

On film and TV review website Douban, netizen ReMinD said that the makeup-less actors bring a realistic flavor to the series.

Many viewers were moved to tears by the athletes' struggles, perseverance, and faith in their pursuit of dreams.

A netizen with a user name "Be lucky in the year of the pig" noted that the series depicts the kinds of challenges faced by the athletes in their careers, many of them beyond one's expectations.

Zhang said they invited veteran coaches to train the actors for two months in skating before the shooting. More than 70 athletes were involved in the shooting. The crew rarely used avant-garde technologies to ensure that all the scenes were close to real life.

"We used to know nothing about short-track speed skating, but now we are enchanted by its charm," said Zhang. "We hope that the series, a sincere production from us, can show the hardships faced by athletes, and their endeavors and patriotism." 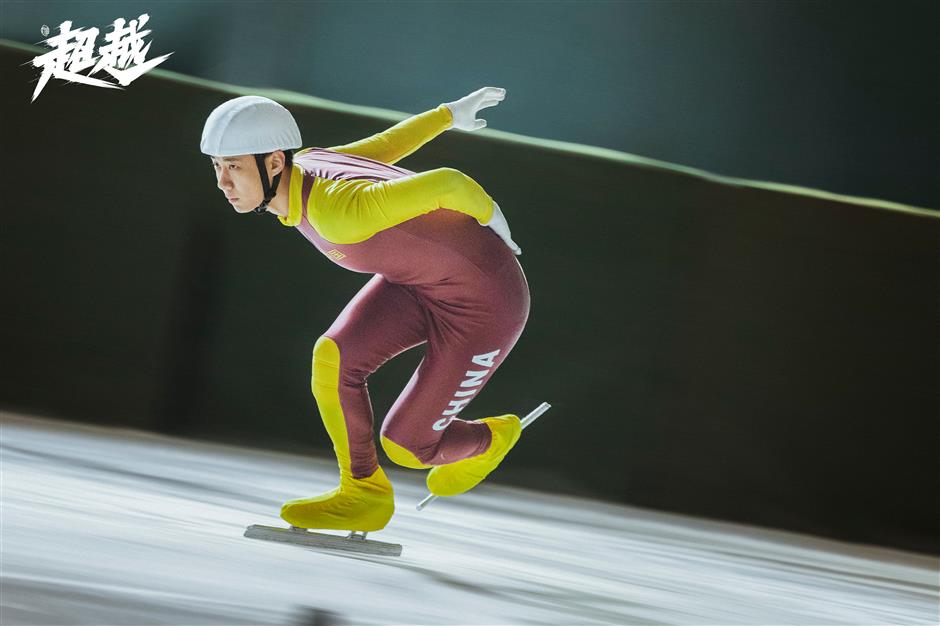 The series is praised for its in-depth depiction of the lives of Chinese athletes.

The origin of short-track speed skating dates back to the beginning of the 20th century in Canada and the United States. But it is still unknown to many people in China.

It took the crew a long time to conduct the interviews before they started working on the script. Since the sport is adventurous with its high-speed collisions and wipeouts, some actors and athletes got hurt during the shooting. It was also challenging for the cinematographer to capture those high-speed moments and the actors' expressions during the shoot.

"Athletes often have short careers, and only a few of them achieve glories," Zhang said. "What impressed me was that all the athletes we chatted with did not regret their choice and devoted themselves to the sport for many years. Even after retirement, many skaters did not leave the ice rinks and continued to work as coaches or ice makers. They are so proud of their career."

The 2022 Winter Olympics have sparked the enthusiasm of Chinese filmmakers.

It is reported that more than 10 productions are in the pipeline.

A poster for "Chao Yue"