A military drama about the country's special forces has started airing on Dragon TV and the streaming website iQiyi.

Directed by Xu Jizhou, the drama series "China Special Forces" stars Yang Yang, Li Yitong and Jiang Luxia as members of special forces. It follows the development of young soldiers through a series of challenges.

Based on an online novel, the storyline reflects the troops with diverse personalities and abilities. They work well together to complete missions under difficult and extreme conditions, eventually forming a disciplined and powerful team.

Yang, a graduate of the People's Liberation Army Arts College, plays the lead role. Yang's performance in the 2011 epic film "The Founding of A Party," the 2010 costume drama series "A Dream of Red Mansions" and the 2021 drama series "You Are My Glory" have wowed audiences. 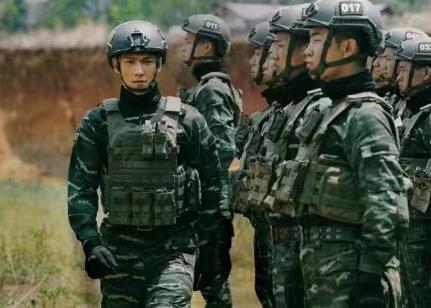 Feng Ji, the series' young scriptwriter, has worked on several outstanding military films, including "Operation Red Sea," "Decodes" and "Fire Blue Blade." To highlight the soldiers' training and missions, he includes a lot of action and shooting scenes in the series. Prior to filming, the actors received further combat training.

The drama was shot in China's rainforest, snow-covered mountains and desert over the course of 274 days. It also gives insight into the emotional worlds and heroic dreams of young soldiers.

In recent years, major military films and television programs have enhanced their storytelling and cinematography in order to appeal to a younger audience. A few exceptional works have appeared, and young viewers have appreciated them.

Movie fans believe that the genre should delve into the depths and nuances of personality. The story should elicit an emotional response from the audience and strike a chord in their hearts.

Max Zheng, a local it engineer and a movie buff, said that instead of simply using visual feats to convey rich scenes, military films and series should emphasize the characters' growth and never-yielding spirit.

"Moreover, classic theme songs can contribute to the success of this genre," Zheng added. "An inspiring and uplifting production should be seen several times. It is not merely a tale of heroics. People will more likely be moved by the story of how ordinary people transform into heroes."