An urban drama series "Master of My Own," which deals with young people's views on careers and the pursuit of excellence, has been airing on Dragon TV since April 29.

Adapted from Hong Jiu's online novel by the e-publisher Jinjiang Literature, the light-hearted story follows the career of Ning Meng as a secretary to an investment director.

Ning always dreamt of becoming an investment director. But after graduation, she seems to drift away from her dream after taking up a job as a secretary. After three years, she decides to start pursuing her dream again.

In spite of all kinds of setbacks, she gradually rises as an investor at an investment firm and finally wins understanding, respect, and love from her former domineering boss, Lu Jiming. 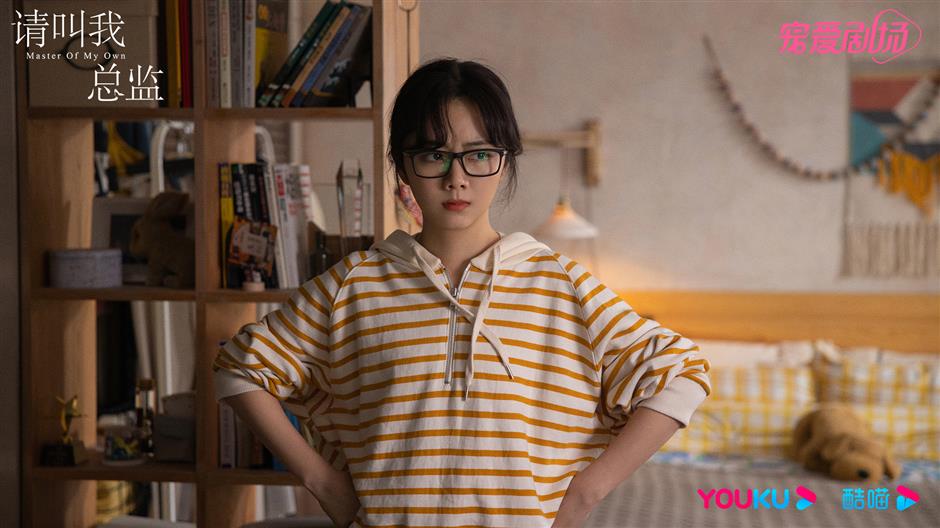 Actress Tan Songyun plays Ning Meng, the protagonist in "Master of My Own."

The 32-episode drama depicts the younger generation's never-yielding spirit of pursuing a career dream. They have the courage to break stereotypes and even set rules.

Director Yao Tingting, whose movie credits include youth film "Yesterday Once More" and romantic fantasy "Love You Forever," is adept at telling stories from a feminine perspective. In her eyes, with mutual support, Ning and Lu become better versions of themselves.

"The series also discusses how to balance career and relationship," said Yao. "Ahead of shooting, the main actors in the series also spent time experiencing the busy lives of investment firms."

Huang Lan, the series' producer, said "Master of My Own" aims to say that a hard-working woman deserves better understanding.

On China's film and TV review site Douban, some viewers said the show had a lot of positive energy and funny dialogues that helped them relax.

Netizen "What Can Liang Ban Do" said that it's a down-to-earth production with a strong realistic flavor.

"Ning's rental apartment is shabby and small, and her clothes and accessories are ordinary," he said. "It's not another modern Cinderella story, as, from all her endeavors and perseverance, we can see how young employees work hard to pursue their dreams and take root in the big city."