Celebrities come out in support of the anti-pandemic fight 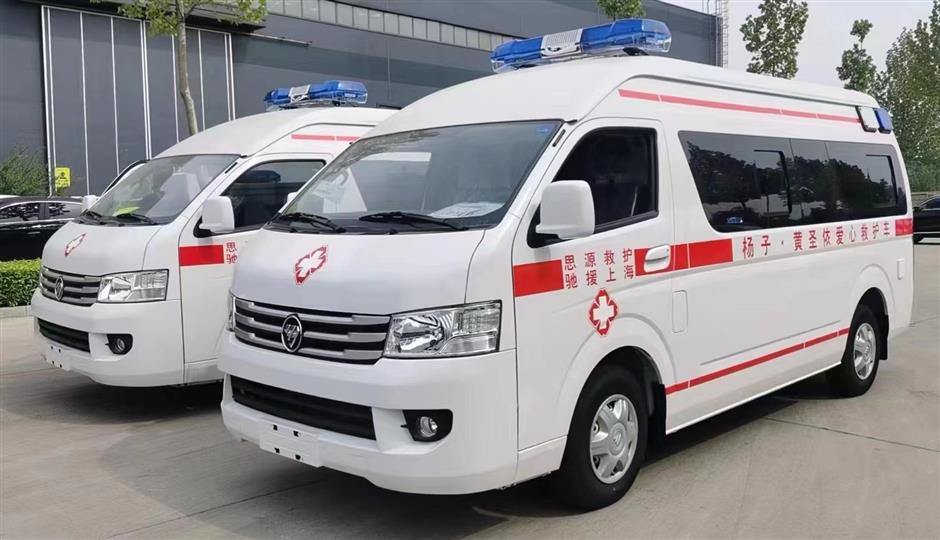 The two negative pressure ambulances are donated by producer and actor Yang Zi and his actress wife, Huang Shengyi.

While the coronavirus continues to hamper movement in Shanghai for the sixth week, Chinese artists have stepped forward in support of the pandemic fight.

Producer and actor Yang Zi and his actress wife Huang Shengyi have teamed up with the China Siyuan Foundation for Poverty Alleviation to donate two negative pressure ambulances to hospitals for the transfer of COVID-19 patients. The ambulances are already in use at the Shanghai No.4 People's Hospital and Shanghai Yangpu Hospital of TCM.

Both Yang and Huang have been involved in charity work for many years. They hope that the ambulances will offer some relief to the patients in the city.

The China Film Foundation and young actors Huang Xuan, Wan Qian, Yang Zi and Wen Qi also donated four batches of food and daily necessities to the frontline workers, and extended their support for the city's medical and sanitation workers and the elderly people.

Tian Hua, an official from the foundation, said the young actors were actively involved, which demonstrated their strong sense of social responsibility.

Actor Chen Long has been working as a community volunteer for about a month. Dressed in a protective white jumpsuit, he has assisted neighbors by performing various volunteer tasks, such as delivering packages.

Actor Huang Xiaoming donated a large number of medical supplies and daily necessities to the city. The donations, which include facial masks, protective suits, purified water and an electric disinfection vehicle, have been sent to local communities.

Actors Chen He and Du Jiang also donated protective gear and fresh vegetables to the faculty of Shanghai Theater Academy. Shanghai-born singer Luo Zhongxu composed a song on the theme of fighting the pandemic.

Other celebrities, such as Hu Ge, Ma Yili, Zhou Shen, Tong Liya, Lei Jiayin, Zheng Kai, Guo Jingfei and Hai Qing, all made videos in which they shared their hopes and encouraged people to get through the hard times with confidence and togetherness.