The new variety show "Stand-up Comedy" has challenged people's stereotypes about stand-up comedy with its original approach and insights into hot social topics like marriage and office culture.

Professionals from various industries are also invited to perform on stage. Some of them will be given the opportunity to show off their talents on the stage.

The producers of the variety show claim that the program is not just about personal expression. Their scripts are based on extensive interviews with people from all walks of life.

To explore and discuss topics like careers with humor and creativity, the program includes the entire creative process of a stand-up comedy show and the behind-the-scenes stories from the comedians for the first time.

The audience can understand how a stand-up comedy act is nurtured, developed and performed. It is similar to a reality program that brings the comedians' work, lives and feelings to the screen.

"We hope that stand-up comedy can become popular and a light-hearted way for people to express themselves and relax," said Xiao Hong, vice president of Xiaoguo and the show's chief director. "People can get to know each other better and become friends through this new mode of communication." 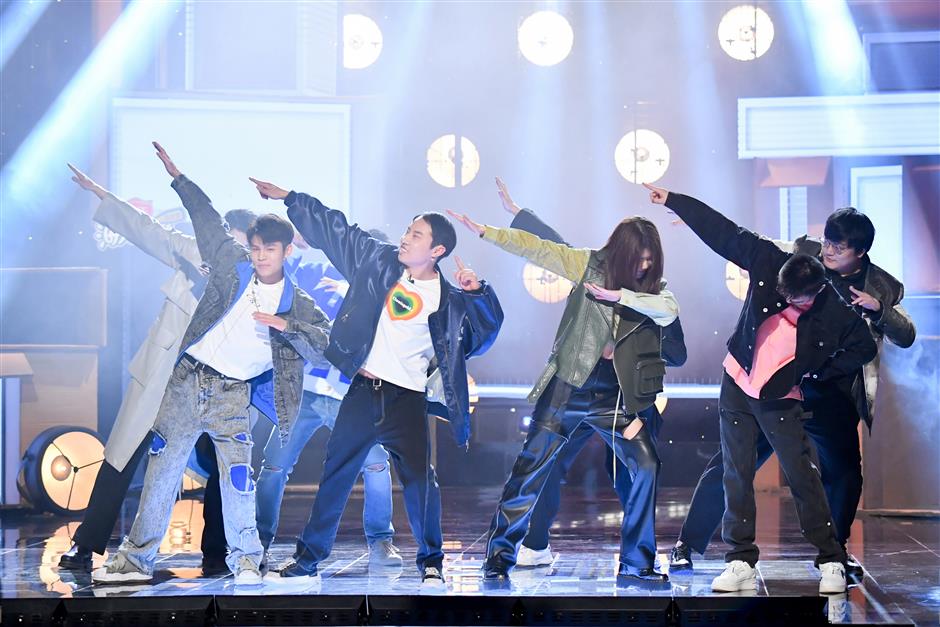 Comedians perform at the Lyceum Theater in Shanghai for the new variety show "Stand-up Comedy."

A recent episode touched on the work of special police and firefighters. Tan Qiao, Liu Changjun and Zhou Jie, for example, spoke passionately about their work and shared their knowledge of municipal transit, fire safety and anti-fraud.

Firefighter Liu said that they not only fight and extinguish fires, but also perform a variety of rescue operations, giving an instance of how they had to rescue a toddler whose head was jammed in a window.

He missed out on his baby daughter's growth and development for six months since her birth because he was mentoring rookie firefighters at the time. Many viewers were moved by Liu's story, and many of them came to understand the hardships and dedication of a fireman.

The production team usually spends a lot of time talking to people from various professions. Everyone, in their opinion, has the ability to be a stand-up comedian for at least five minutes.

Stand-up comedy shows are becoming increasingly popular among young Chinese, particularly in big cities. Xiaoguo has promised to experiment with different formats and styles in the genre to ensure wholesome entertainment.

They're also gearing up for the fifth season of "Rock & Roast," a competition for stand-up comedians. In addition, Xiaoguo and Tencent are considering launching a new comedic variety based on Manzai, a traditional Japanese stand-up comedy that has two performers on stage.