Light-hearted look at love and life in big city

Light-hearted urban romance "Nice to Meet You Again" has been airing on Dragon TV since June 7. It tells the story of a city couple's marriage, relationships and careers.

Starring Jin Dong and Li Xiaoran, the 40-episode series focuses on a divorced middle-aged couple's re-encounter and their new understanding of each other.

It starts with the couple falling in love on campus and getting married soon after graduation. However, what to others looks like an enviable marriage comes to an end as they turn the age of 40. The two manage to go back and readdress issues in the first half of their lives and the choices they've made.

Jin, known for his roles in spy drama "The Disguiser" and the comedy series "Gentlemen," plays Lin Shaotao in the drama. The male chauvinist eventually learns to respect his ex-wife's long-term dedication to family.

Li Xiaoran, whose credits include romance series "Farewell Vancouver" and "Beautiful Life," presents an impressive interpretation of a housewife's life changes for resetting her own personal goals. She makes the bold decision to shine on the stage after many years' absence from work. 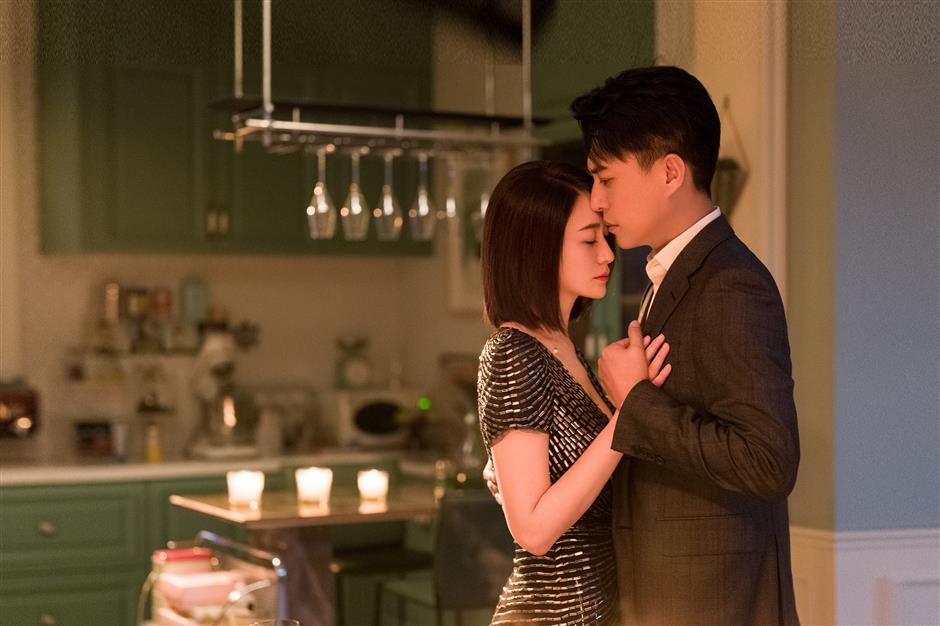 Li Xiaoran (left) portrays Jian Ai, the 40-something housewife who makes the bold decision to return to work after her marriage ends in the TV series "Nice to Meet You Again."

The series depicts different relationships and tackles real-life topics like midlife crisis, office affair and campus love. It looks at people living the varied phases of life as they grow and develop.

On the Chinese film and review website Douban, some viewers say that the drama is a tribute to youth and friendship, and a cure for many who have the same anxiety and confusion over life in a fast-paced big city.

Netizen "Sailing Expedition" said that the series' lines are humorous and interesting. It has provided an insight into all kinds of challenges facing middle-aged people of today. What moves her most is the characters' courage to make changes and keep pursuing their dreams despite setbacks.