Shanghai Symphony Orchestra will return to live concerts on July 20 with its annual Music in the Summer Air (MISA) festival program details to be announced soon.

Tomorrow, the orchestra will conclude its recent series of livestream of acclaimed past concerts with a 2021 recording of newly commissioned works.

The concert will be streamed at 7:30pm via the orchestra's WeChat Channels on July 1, the birthday of the Communist Party of China.

The Party celebrated its centenary last year, and the orchestra commissioned new works to four musicians from different generations – born in 1950s, 60s, 70s and 80s – to mark the historic event.

It was so designed, according to the orchestra's artistic director Yu Long, because "the 100 years of history consist of the persistent efforts of different generations of Chinese, each with a distinct shared experience of their own, contributing to huge transformations in the country."

The result, debuted in the recorded concert last year, isn't the typical patriotic music characterized by stirring melodies led by the blare of horns and the rhythm of drums. It is a reflection of each musician's unique style and intimate experience with the country's history.

"Classic of Mountains and Seas" was inspired by an ancient book of the same title, which may have existed as early as the 4th century BC.

The ancient text is not only a collection of household myths, but also a compilation of ancient mythic geography, the deities and mythic animals. It has been a popular source of inspiration for novelists, artists, TV, movie and game adaptors.

But Zhou didn't follow any of the stories or deities in the text. Instead, he divided the chapters by directions – north, west, east, south and center – and drew inspiration from the vast landscape, various customs and rich music of China.

He used different sections of the orchestra to echo the folk sounds of different parts of China. 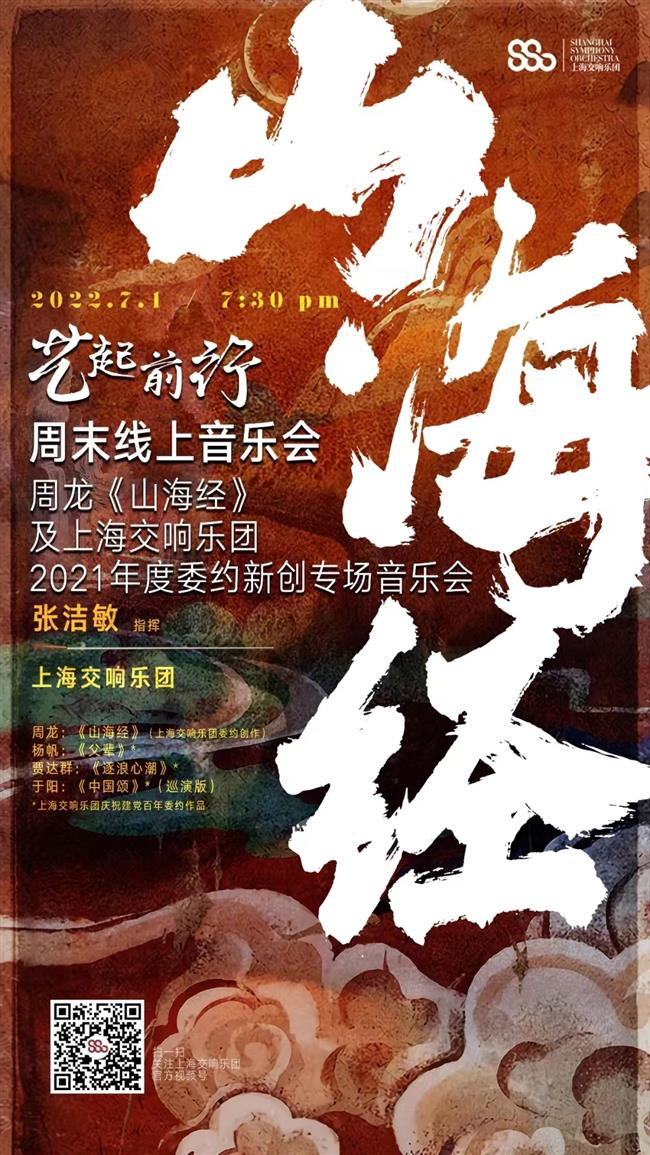