'The Story of Xingfu' finds a TV audience

The highly anticipated TV series "The Story of Xingfu" premiered on Dragon TV on Wednesday. The series is the latest work of renowned director Zheng Xiaolong, who collaborated with Liu Xuesong and Yao Yuan on it.

The series follows He Xingfu, a village woman, as she grows and faces challenges in her marriage, love and family, and sheds light on China's rural revitalization and development. Xingfu, which is the woman's given name, means "happiness."

Born in the 1980s, He used to work in the city but returned to her village to help develop the local tourism industry. When the health care factory becomes polluted, she bravely stands up and leads the villagers in a fight against the interest groups. People respect her determination, independence and hard work, and eventually she becomes a lawyer and dedicates herself to the village's construction.

The series depicts the touching pursuit of impartiality and justice for all the villagers by a rural woman. Zhao Liying, best known for her performance in the costume drama "Princess Agents," plays the lead. 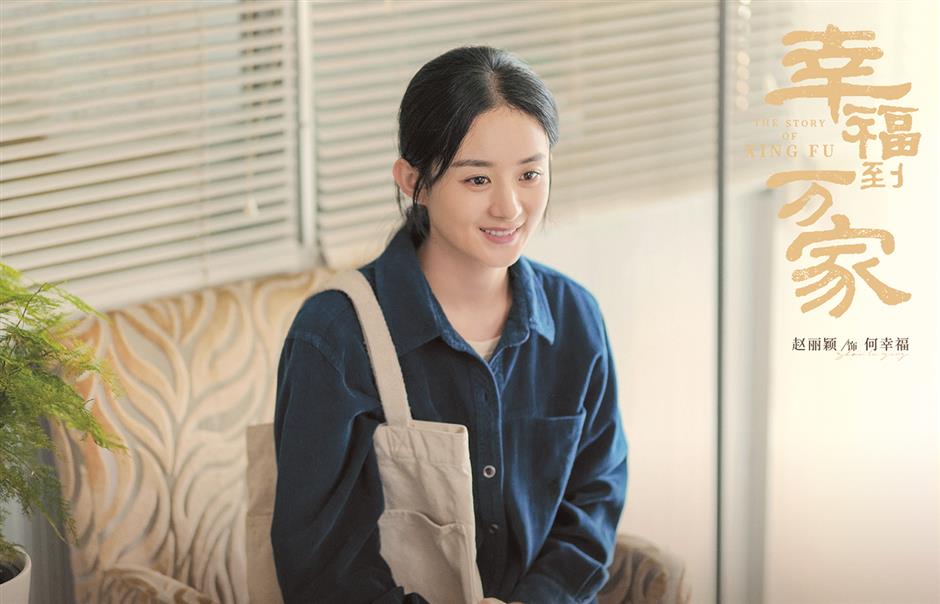 Zhao Liying plays the role of He Xingfu, the village woman, in "The Story of Xingfu."

It has been 15 years since she last cooperated with director Zheng in the 2007 hit family drama "Gold Marriage." Zheng's previous classic works include "Empresses in the Palace," "Red Sorghum" and "ER Doctors."

He excels at telling real-life stories of ordinary people caught up in the era's big changes while also delving into the depths of humanity. The series depicts a woman's struggles and the rapid development of new villages in China.

Zheng hopes that the series will influence young people's perspectives on their lives and society. In his opinion, all successful television productions share certain characteristics. The storyline should follow real logic with genuine displays of emotions by the actors. He said he would continue to tell good Chinese stories and spread Chinese culture throughout the world.