The Chinese adaptation of the popular stage play "Frankenstein" is making its local debut at Shanghai Grand Theater this month.

"Frankenstein" is an 1818 novel by English author Mary Shelley. It tells the story of young scientist named Frankenstein who creates a sapient creature from human corpses in an unorthodox scientific experiment. 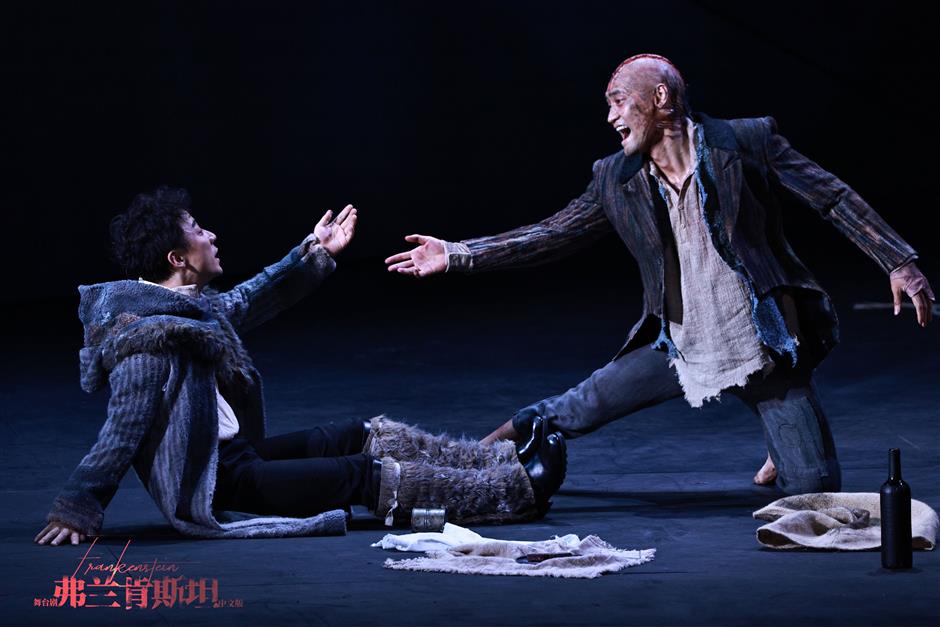 The play is adapted from an 1818 novel by English author Mary Shelley.

The story was adapted by Nick Dear into a stage play that premiered in London in 2011. The Chinese adaptation is directed by British director Dominic Dromgoole and his Chinese workmate Li Ren. Dancer Wang Yabin is the choreographer, who also plays the role of a female creature in a few performances. 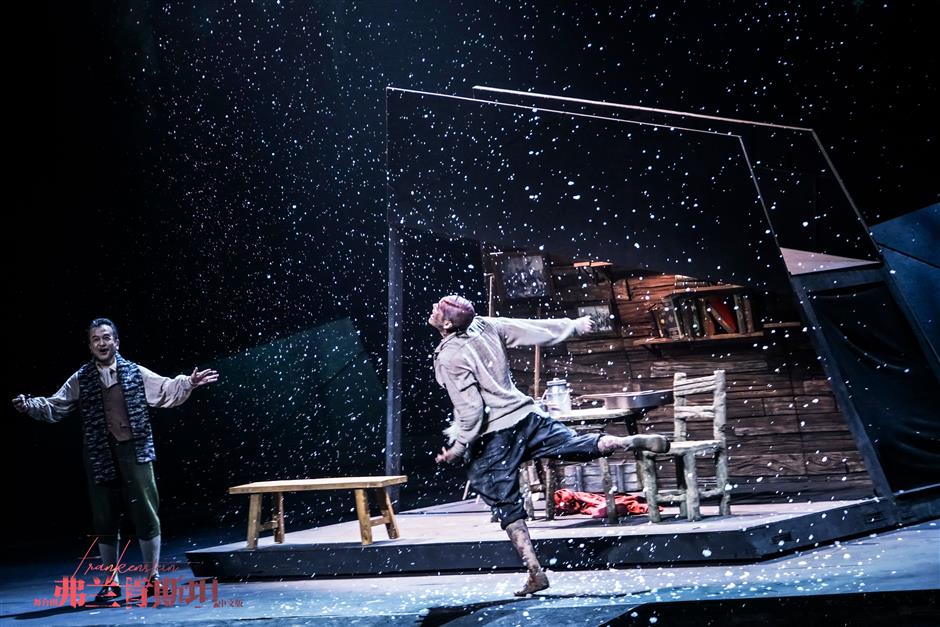 The novel has three narratives – Captain Walton's introductory narrative, as well as those from Frankenstein and the creature. The Chinese adaptation has created a new character, author Mary Shelley, providing the story with a new perspective.

"It's the most challenging role I have ever played," said Yuan. "I have spent time observing how a child learns to walk, but the creature is not human after all. He is strong and intelligent, but his movements should look weird."

According to Ren, the Chinese adaptation doesn't intend to localize the original production but create a new version for the characters as well as the theme of the story – humanity and love. 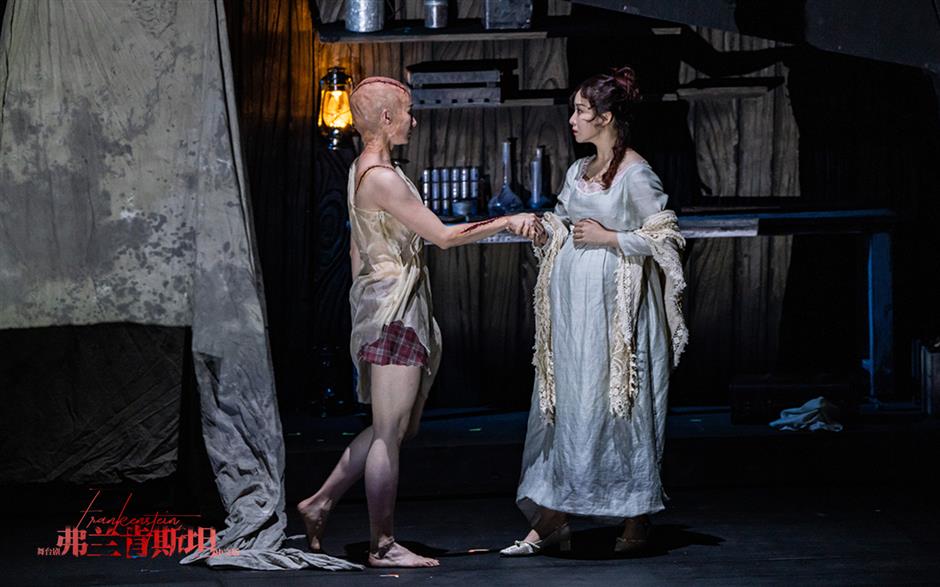