Shanghai Symphony Orchestra will feature violin and double bass in the upcoming chamber concert "The Smallest and the Largest" with rearranged music by two German composer of different eras – Johann Sebastian Bach and Max Bruch.

Each composition has been adapted for violin and double bass. The contrabass is the largest and lowest-pitched bowed or plucked string instrument in the contemporary symphony orchestra, with a cello-like construction.

In between them there are the viola and the cello.

The two young musicians have collaborated often during chamber concerts and other events, including a livestreaming event in June when they sang nostalgic cartoon songs and spoke about their childhoods. 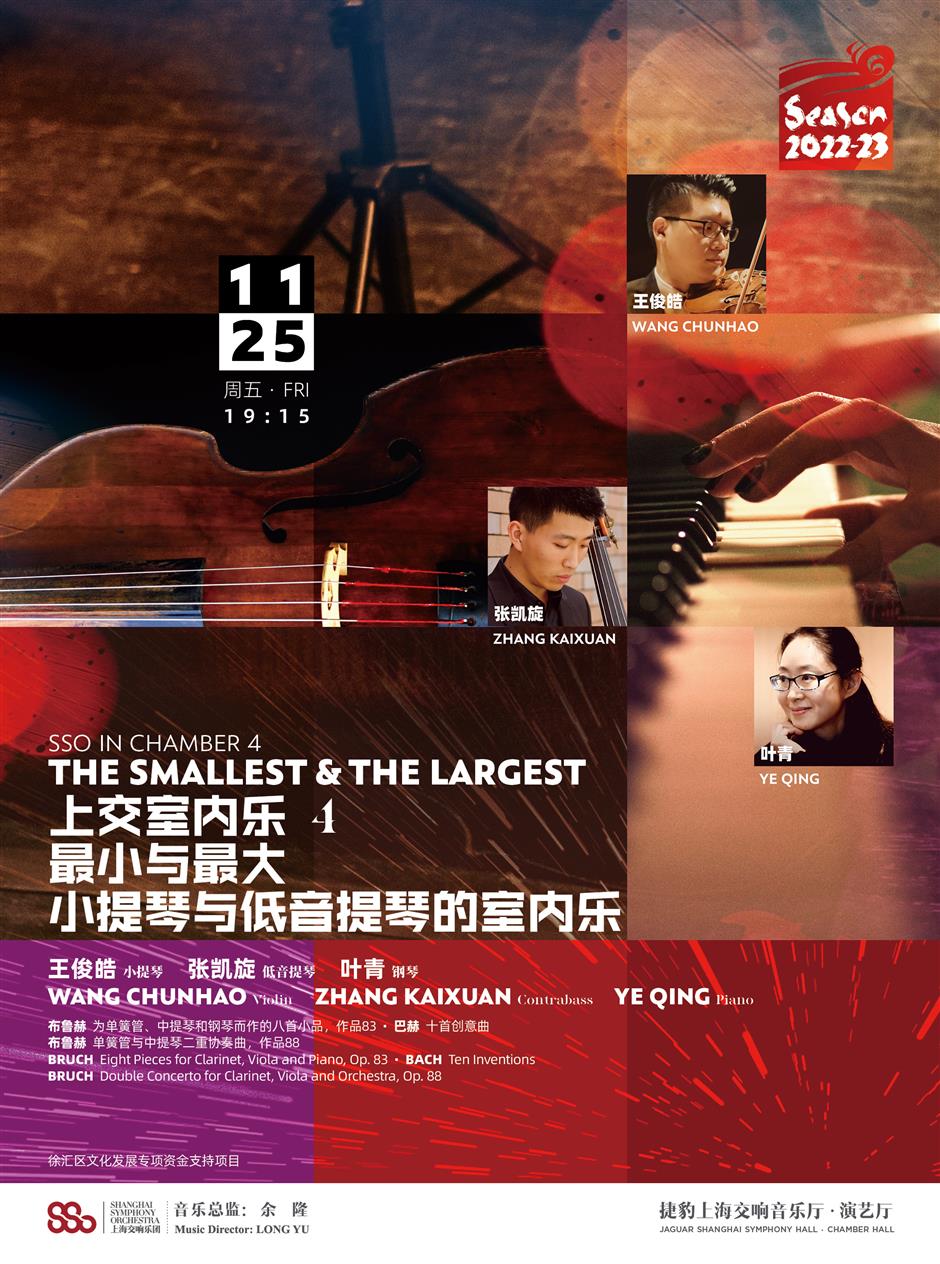