The Shanghai Chinese Orchestra plans to showcase the diversification and richness of Chinese traditional music, by staging original programs with two types of concerts.

The first concert "Hero" has been described as a Chinese music epic, which premiered in 2018.

The programs borrowed inspiration from folk culture, Chinese myths and legacies. It includes the mythical tales of Pangu creating the new world, Kuafu chasing after the sun, and King Dayu taming the flood. 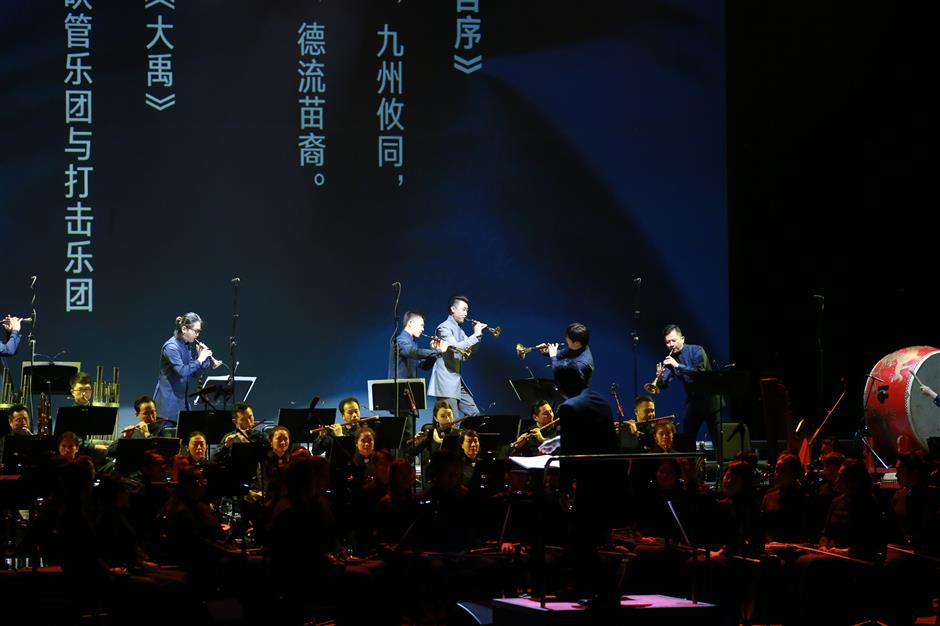 "We portray the ancient heroes with Chinese musical instruments, hoping to bring audience back to the origin of our folk culture," said Luo Xiaoci, director of the Shanghai Chinese Orchestra.

"This is also a tribute to the heroes of our time – people who are devoted to their work in all occupations," she added.

The second concert "The Blooming of The Gardenias" is a multimedia performance featuring work by young musicians.

Painting, music, and modern lighting effects have been integrated, making it a popular show among young audience since the debut in 2017. 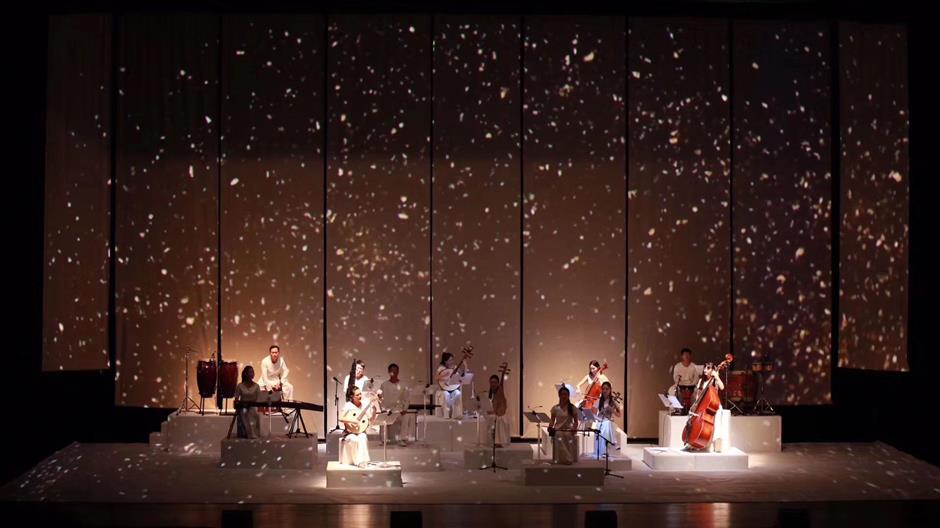 "The Blooming of The Gardenias" features work by young musicians.

The two concerts are part of the ongoing "Symphony of The Time" showcase, which is jointly held by the Central Publicity Department's art and cultural bureau, and the Center for China Shanghai International Arts Festival.

The showcase has gathered 11 symphony orchestras from around the country to present 22 symphony and Chinese music concert through the middle of next month.

• The Blooming of The Gardenias